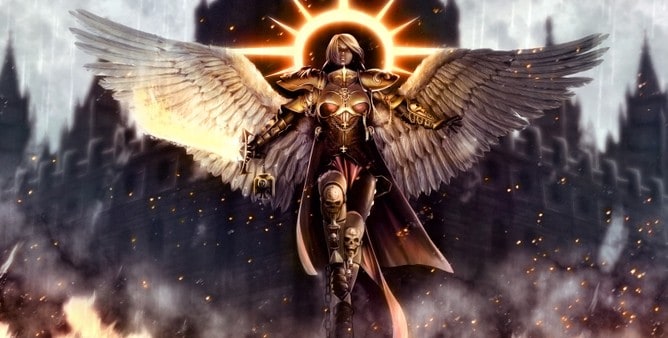 The Sisters hype is real. Even more, new multi-part Sisters of Battle 40k models were revealed by GW. Don’t miss the latest!

Shortly after the images of new Sororitas units were spotted circulating around the web, Warhammer Community dropped an official preview. We’ve got a closer, crystal clear look at what was just spotted. Check out the new minis on the way to the Sisters! 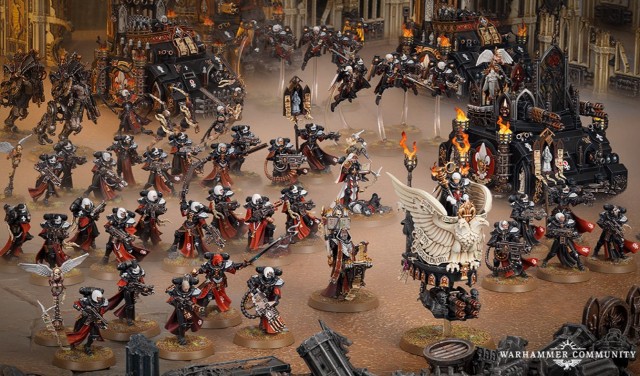 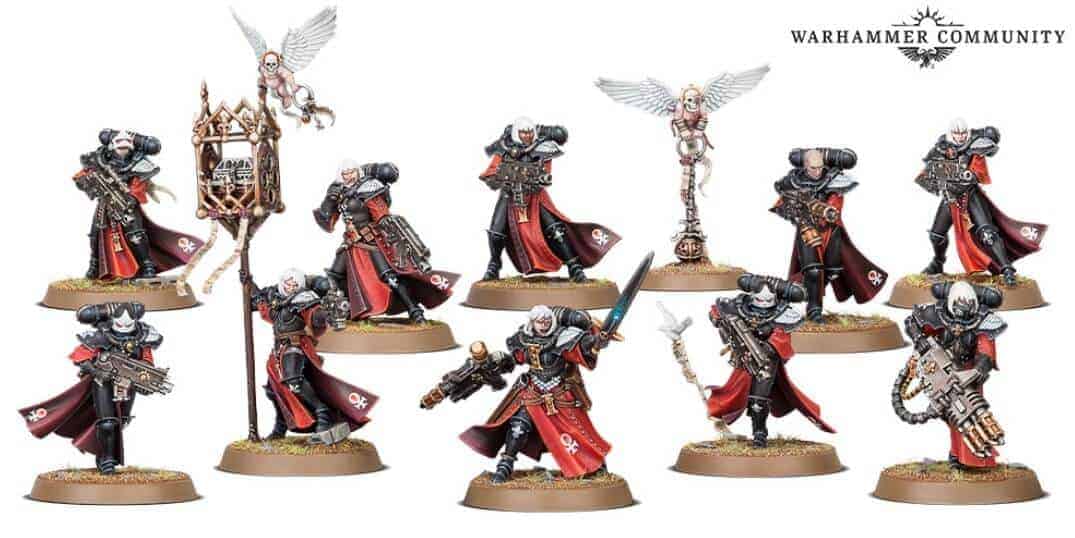 Multipart Battle Sisters kits are coming in hot and packed with detail. Get a closer look at all of the weapon/head options on the way. 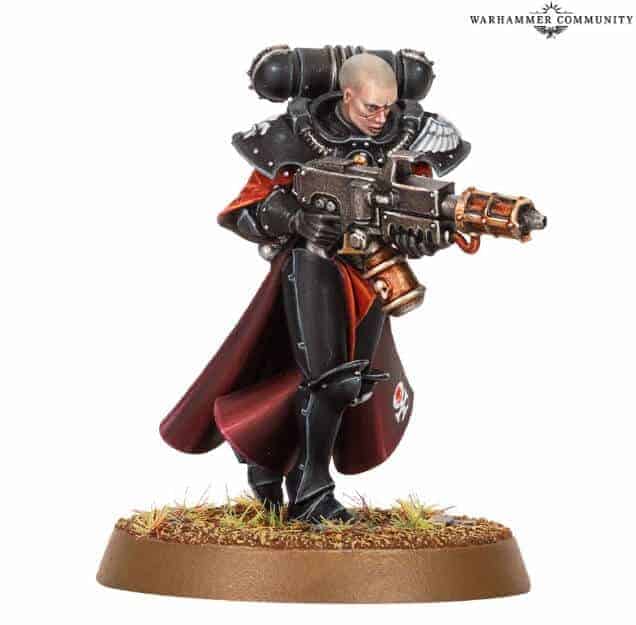 Going off of what we’ve seen alone, these individual kits are probably going to be pretty large. Fitting ten models on top of all of sorts of head/weapon options, there won’t be two Sororitas armies exactly alike! 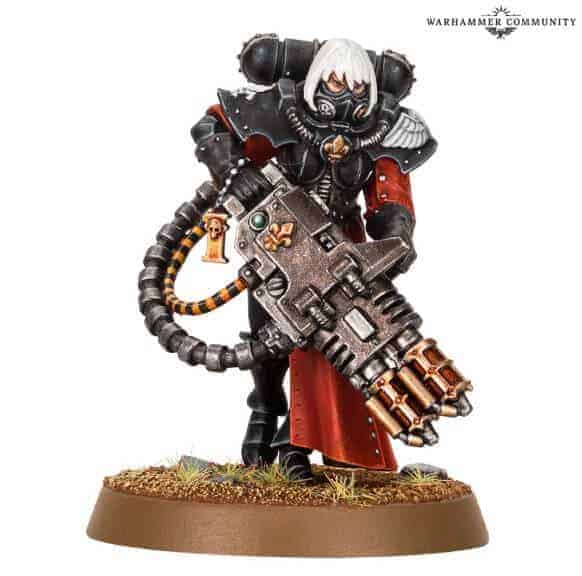 Remember, so far we’ve only seed flamer-style heavy weapons with these girls. But they’ll also be getting the classic heavy bolters and multi-meltas from before as well. 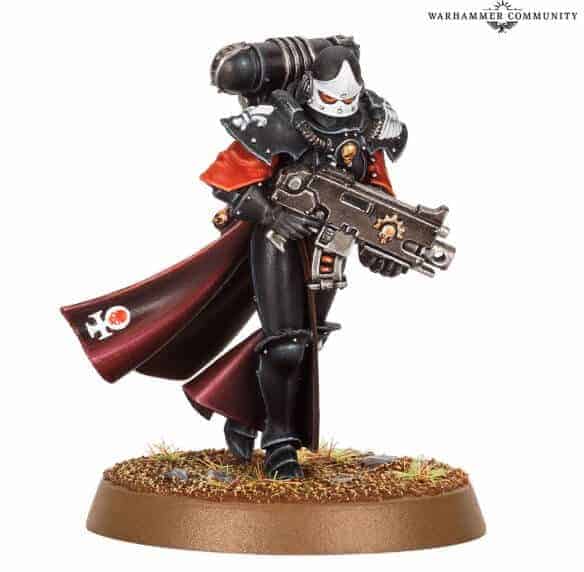 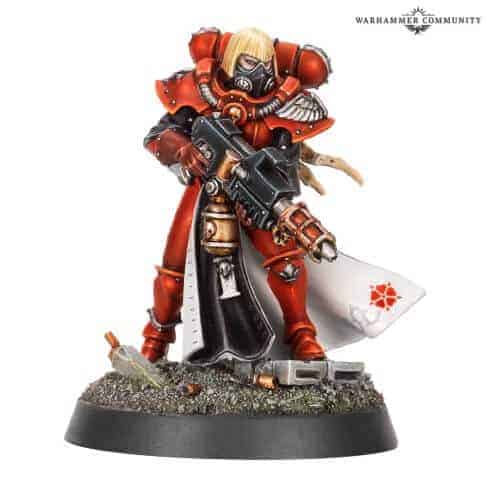 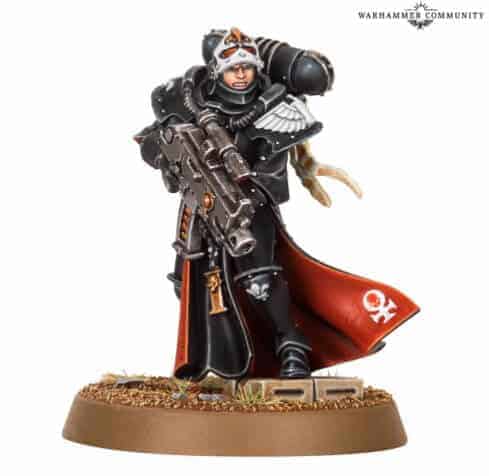 Coming from the mouth of GW, the basic Troops kit will also offer two other unit builds:

What’s more, this set also builds you Dominions, forward-scouting vehicle killers and special-weapon wielders, as well as Celestians, elite bodyguards who’ll carve up anyone who dares attack your Canonesses. These units are marked by their own special components.

Sisters have had so much love put into them, each model looks like it could be a character in their own right. 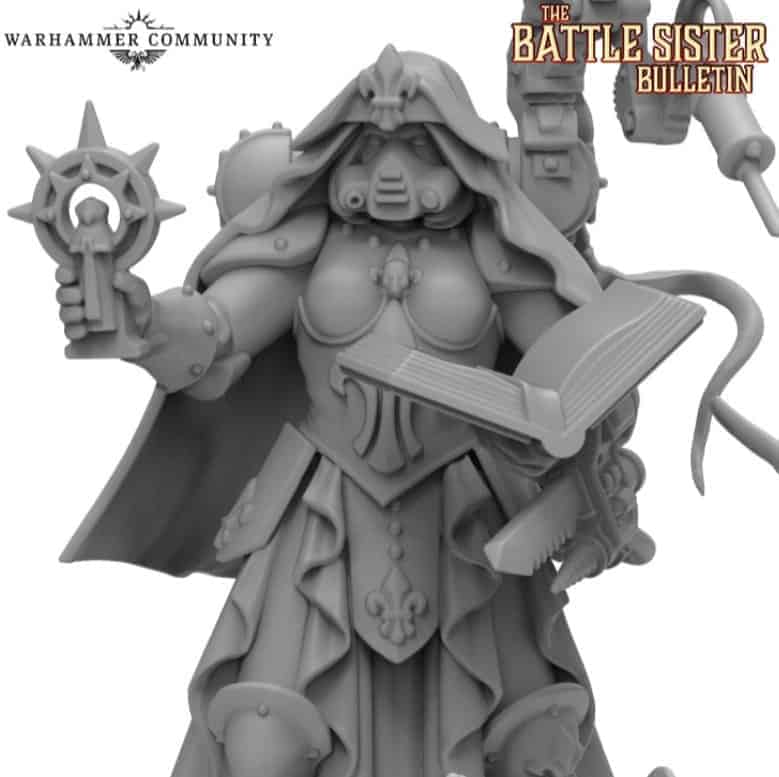 First seen with a Bane-type mask and special Sororitas object in her right hand, it looks like the model was tweaked once more and painted up. 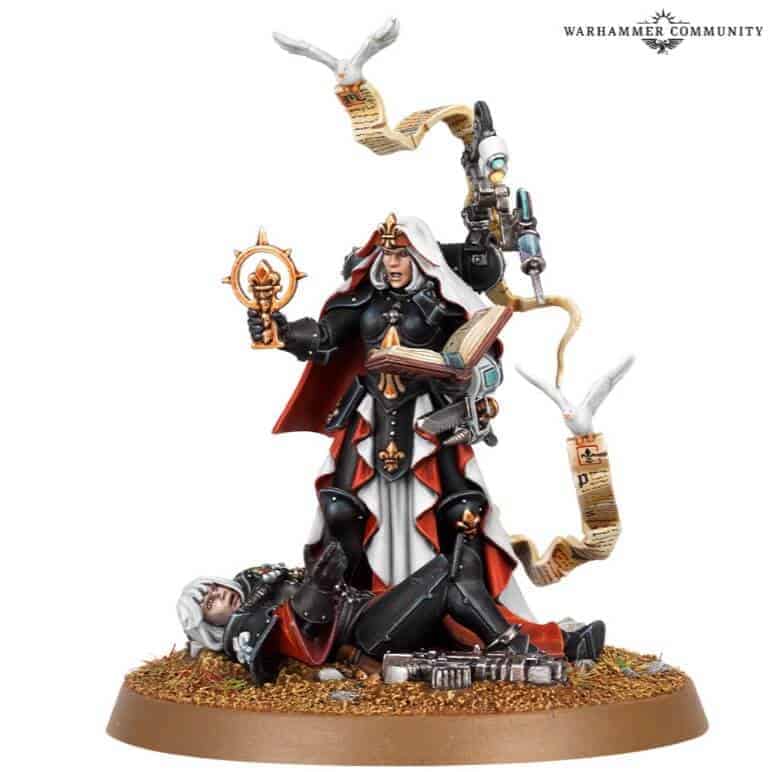 You can tell that the Hospitaller had her cool little religious pendant in her hand changed some with her face fully open under her hood. 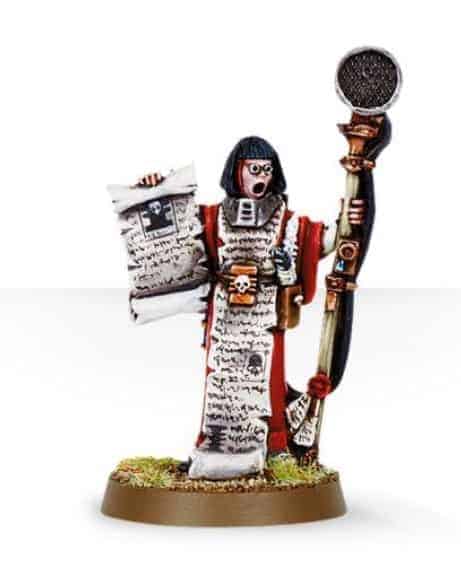 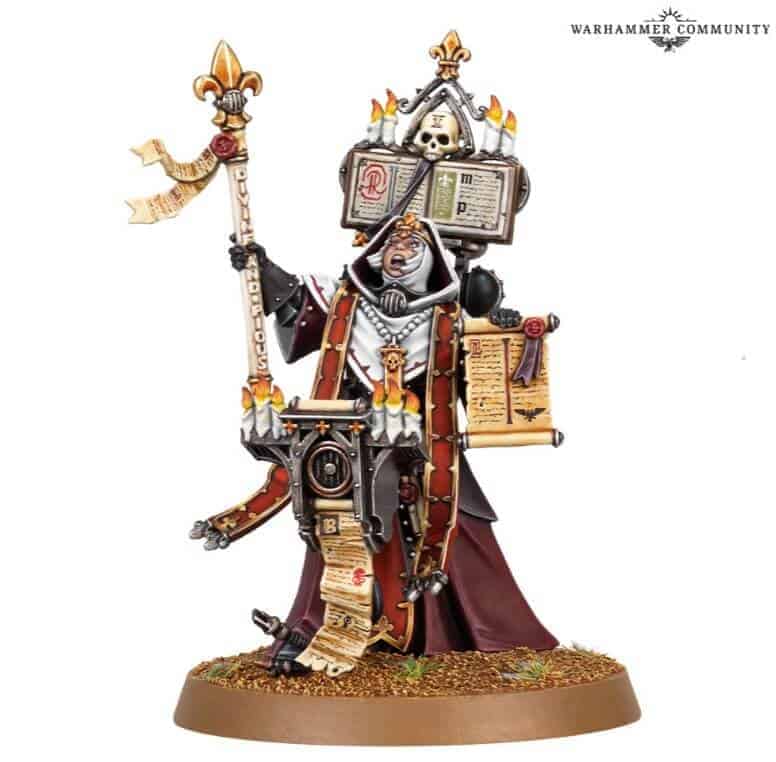 GW has certainly come a long way. The new Diologus model was first spotted in an early teaser photo. However, was officially unveiled with some serious cosmetic upgrades. 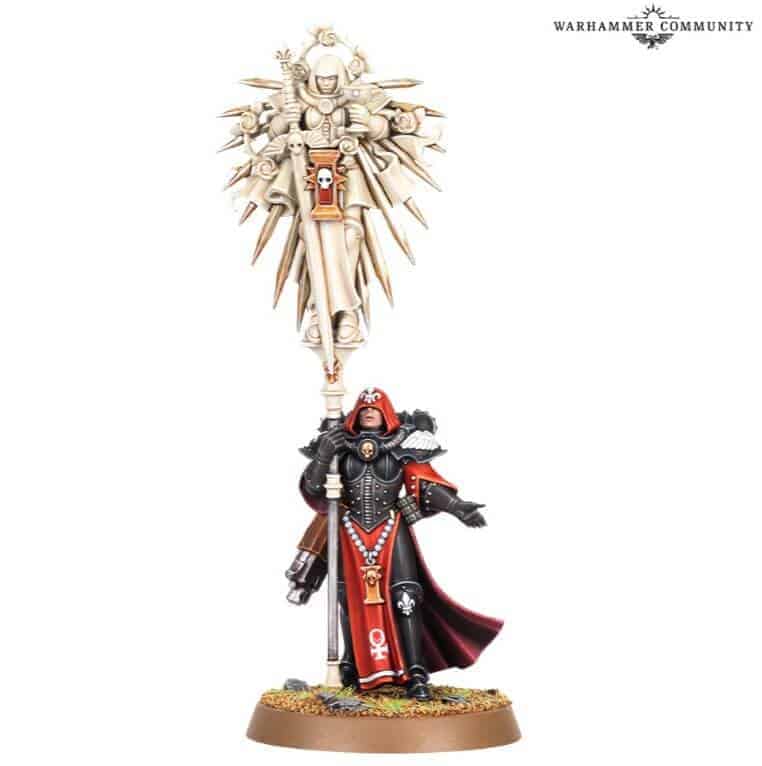 The Imagifier also got a helping hand. Carrying what looks to be some vague idol to Celestine, she’ll be a must-have unit to inspire the rest of your ranks.

Canonesses also got more love from GW getting some pretty amazing multipart options. From staves to power swords, plasma pistols to inferno pistols. the Canoness is looking to be able to fit a variety of frontline roles.

The heroes of the Sisters of Battle aren’t just Living Saints, like Celestine – among their number are storied commanders as legendary as any Space Marine Captain. Perhaps foremost among them is Junith Eruita, a Canoness Superior of the Order of Our Martyred Lady with a centre-piece kit so magnificent it rivals any model in the Warhammer 40,000 range! 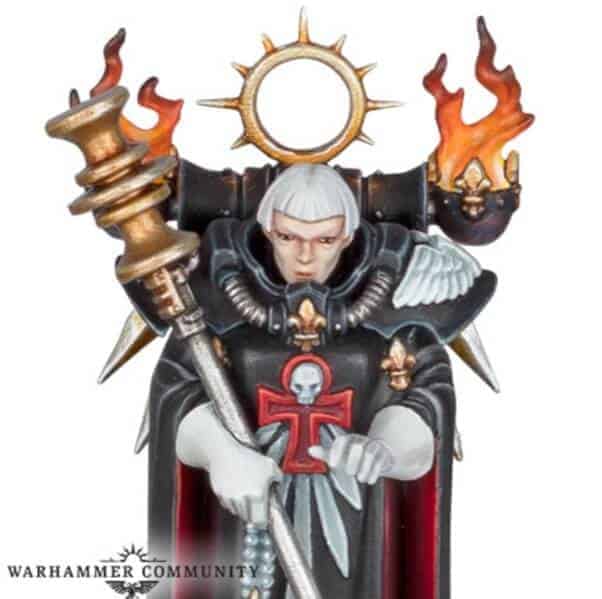 Junith was another model recently spotted circulating around the web. It didn’t take long to GW to pull the curtain back on this one. How could you say no to a named Sister floating around on a pulpit carrying four flamers??? 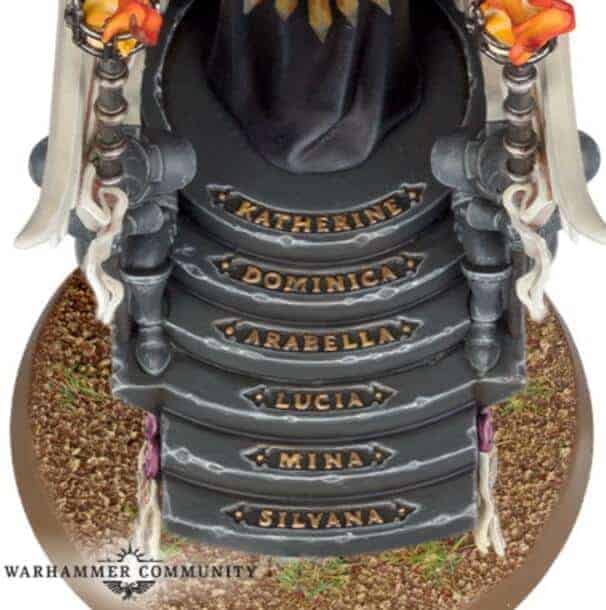 With a ton of more Sisters content revealed beyond the Army Set, what are you most excited for? Will you be playing Our Martyred Lady for Junith? Or will you be making Celestine the centerpiece of your Sisters instead?

GW also hinted at more previews in the near future as well:

And that’s just a sample of what’s on the way for Sisters of Battle – we haven’t even BEGUN to look at Retributors, Zephyrim, the Battle Sanctum, or the other datasheets in the codex yet… 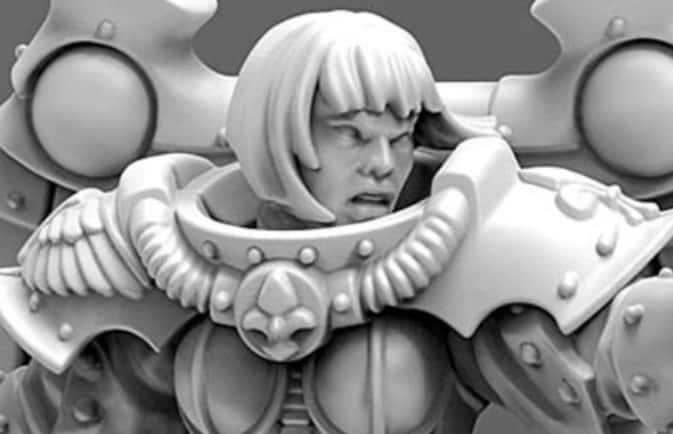 If you’re dying to know what’s coming inside the new Sisters of Battle 40k army box for this holiday season, you’ll definitely want to see this! 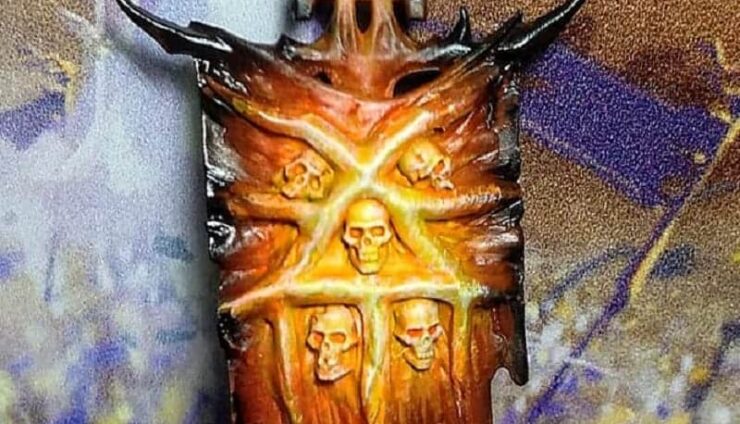 PREV ARTICLE
« Banner of Bronze & Bone: Army of One 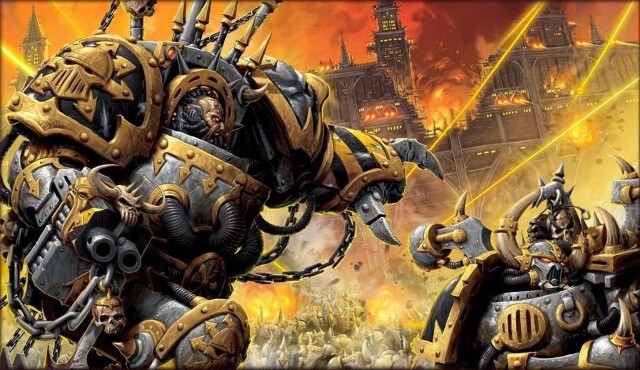 NEXT ARTICLE
Creations of Chaos: Iron Warriors Armies on Parade »
If you buy something from a link on our site, we may earn a commision. See our ethics statement.