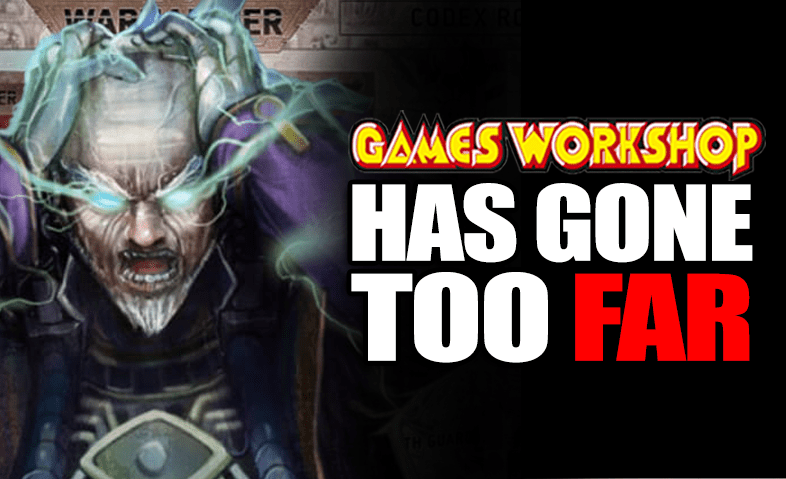 Games Workshop has finally said they screwed up with how they release Warhammer 40k rules, but their solution possibly isnt much better…

So, what are we talking about? Well, free rules, or the lack thereof, and the fact that GW finally put to paper (or internet screen) that they might have made a mistake with how many rules have been put out for 9th Edition Warhammer 40k. 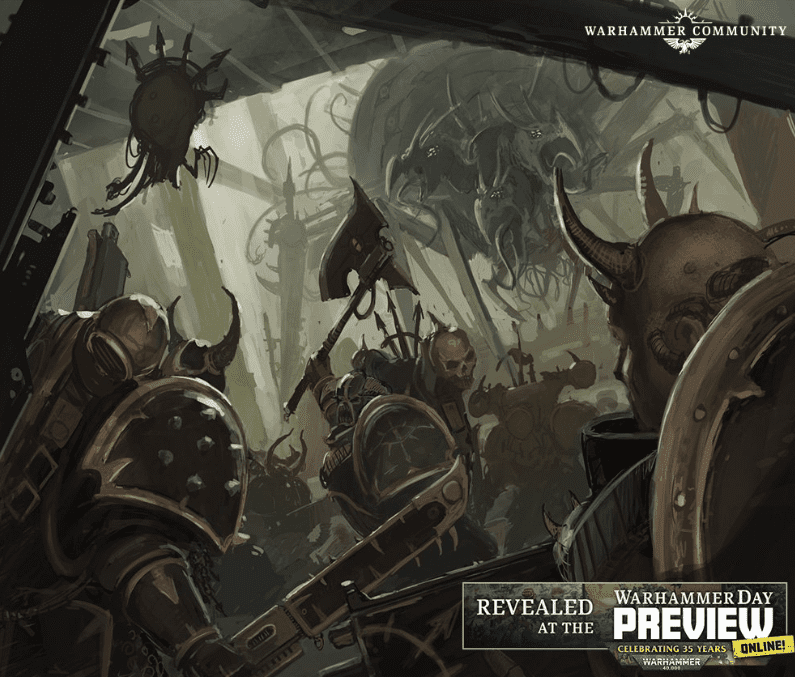 Here’s what GW has to say about their Warhammer 40k rules releases while pitching Arks of Omen:

Following player feedback from across the community, this series won’t include extra rules for standard games of Warhammer 40,000. You’ve told us that you don’t want to juggle army rules spread over multiple books. No worries – we hear you.

Instead, you get something better. The first volume of Arks of Omen presents a self-contained expansion – a whole new game mode called Boarding Action. These rules will allow your armies to fight intense Boarding Action battles through the claustrophobic corridors of voidcraft, space hulks, bunkers, and more, using standalone sets of the new terrain first found in Kill Team: Into the Dark.

So, while it’s nice to see them at least admit they have heard the community, what they are giving us isn’t much better. Now, you’ll have a book that can’t be used in regular games and will still probably cost $50.

The other real issue is no one seems to be very interested in buying more rules, casual or otherwise, when we are so close to an edition change (not to mention the global economic issues that have folks counting every penny these days).

Don’t take out word for it. Judging by comments on Games Workshop’s Facebook page, this still may not be what people wanted in Warhammer rules… 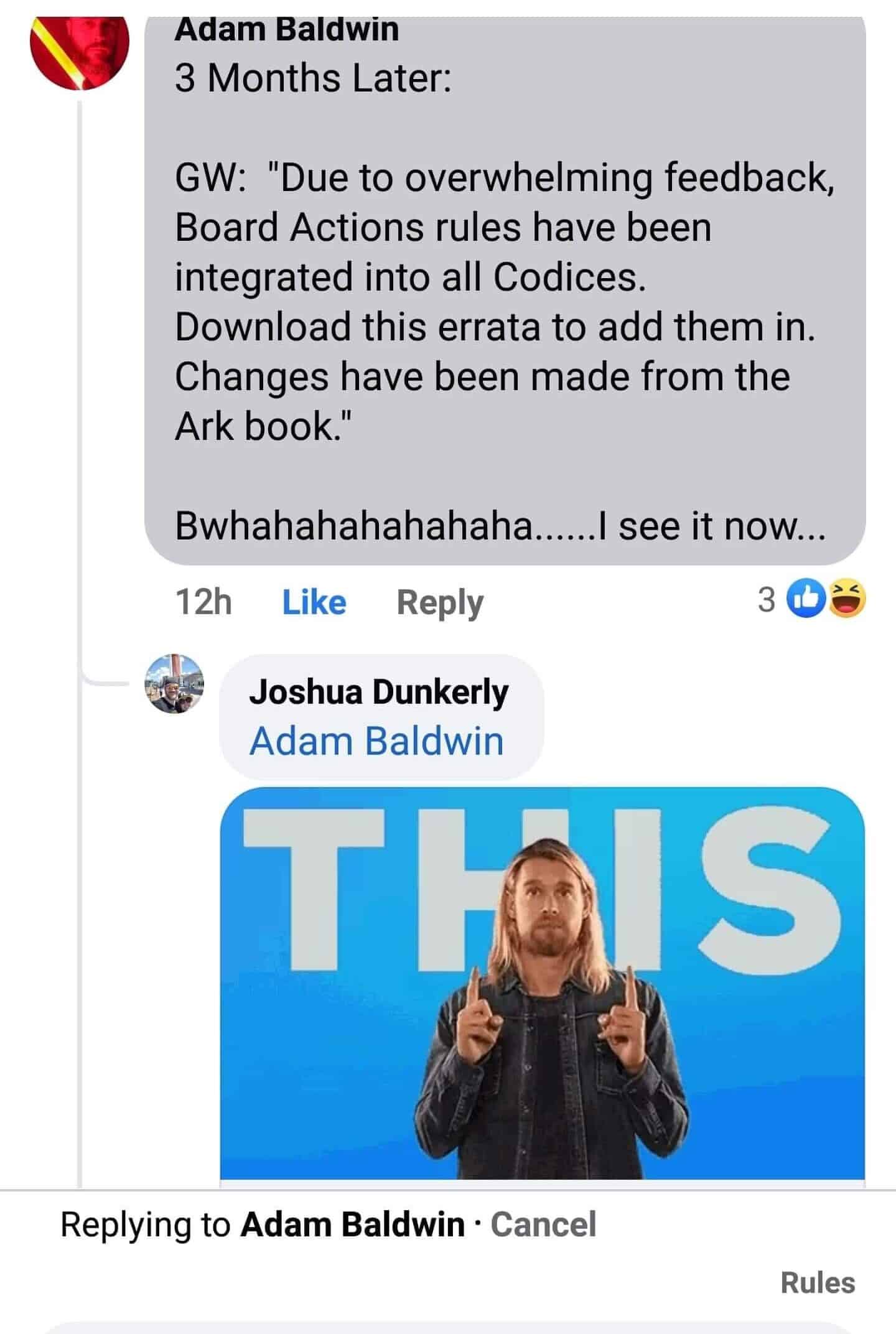 What Games Workshop Should Actually Try to Sell Hobbyists

So, what are really the best options for Games Workshop moving forward (at least according to us)?  We think the solution is a Free Open Beta for Warhammer 40k (or Age of Sigmar) alongside free rules PDFs! 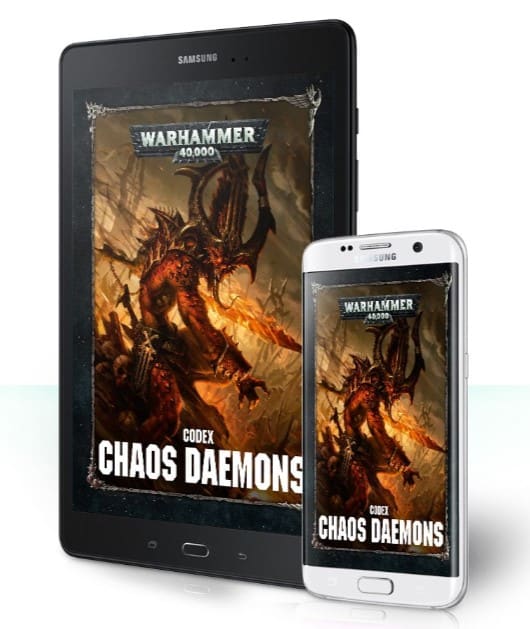 Games Workshop could still release a new faction each month to facilitate miniature sales. However, the rules themselves could be a 100% free download, but they could charge for a “codex” that is half lore (which it already basically is), and half would be dedicated painting guides, army showcases, and a battle report featuring the studio army!

Either way, this new pivot by Game Workshop could set a much bigger precedent for rules in a rumored 10th edition Warhammer. We say rumored because while some people want to deny the new edition, we’re almost through all the codexes (besides a possible Space Marines 2.0 reboot).

Plus, the three-year summer rotation is set to swing back to Warhammer 40k in 2023 from all indicators as well.  So it seems like it’s coming soon, whether we’re ready or not.

Who knows, maybe Games Workshop will actually do some free rules and open beta testing; one can dream, right?

Check out the latest Warhammer 40k rumors for the rest of the 9th and even 10th Edition, new releases, and more!

Here’s the most up-to-date list of new Games Workshop bits from preview models that we should watch out for. Click on the gallery above to see dozens of Rumor Engines with new models still left to be revealed!

What format would you like to see rules-wise from Games Workshop going forward? 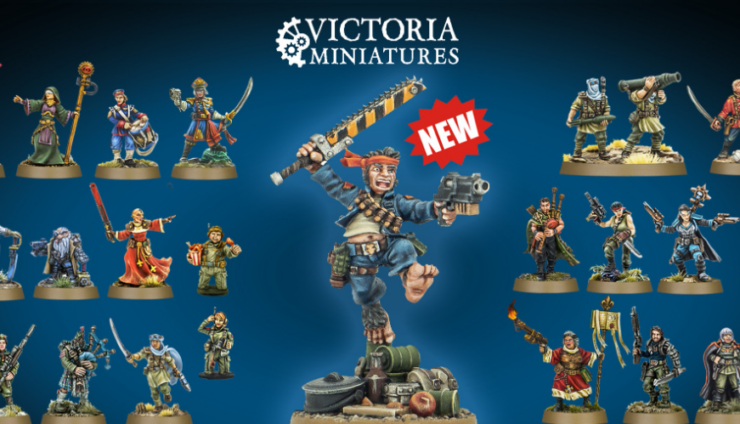 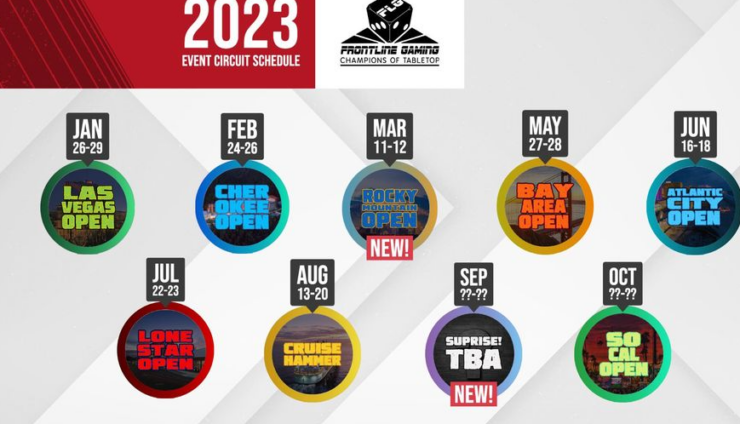 NEXT ARTICLE
List of All The New Warhammer 40k LVO Qualifiers »
If you buy something from a link on our site, we may earn a commision. See our ethics statement.