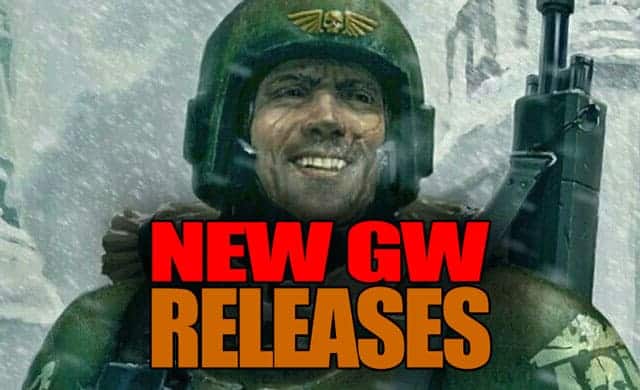 Don’t get your hopes up for a 9th Edition 40k preview at Adepticon.  Here’s the latest news and rumors on what we may actually see next from GW at the event.

On that note, let’s go over just a few of the things we saw at the last year’s Adepticon. 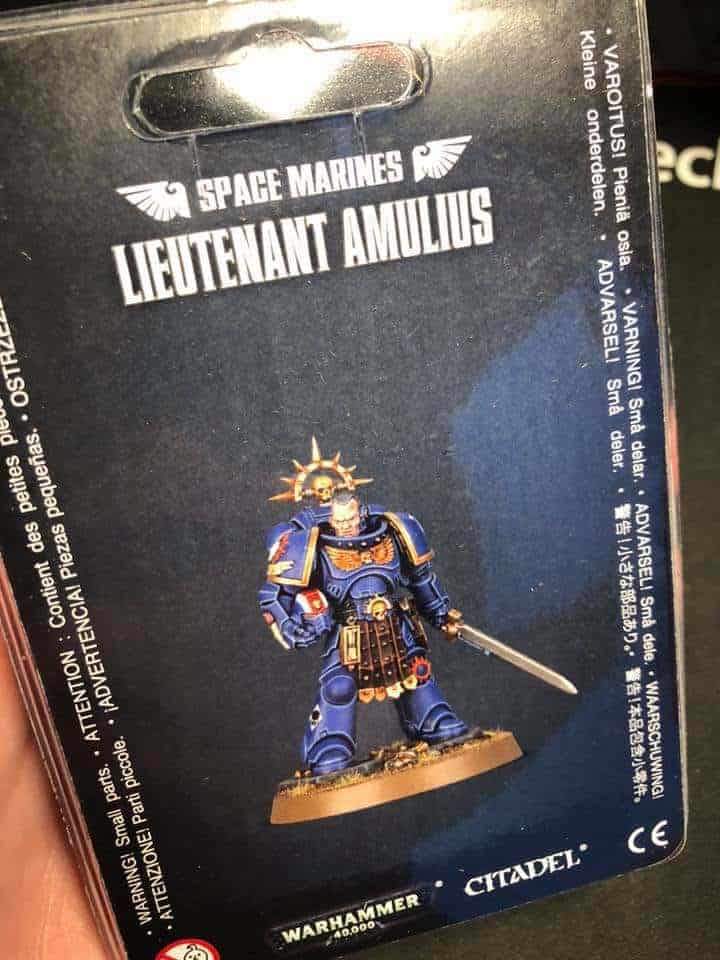 As for the annual exclusive event mini, A named Primaris LT made a splash into the fans’ hands. 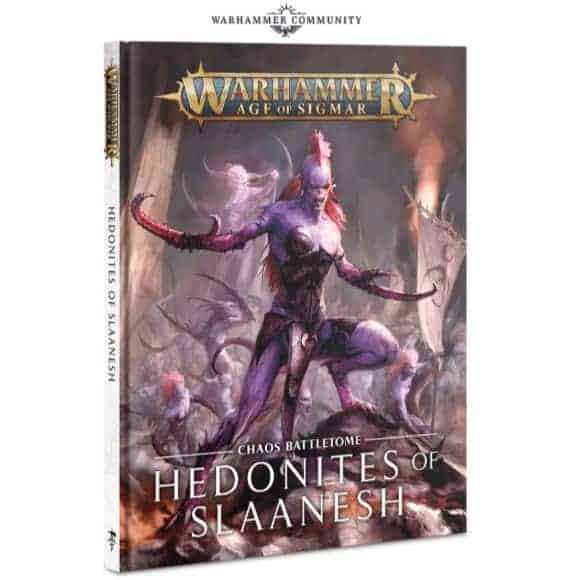 The Hedonites of Slaanesh Battletome along with a host of minis (all of which are out now) were first revealed for Age of Sigmar. 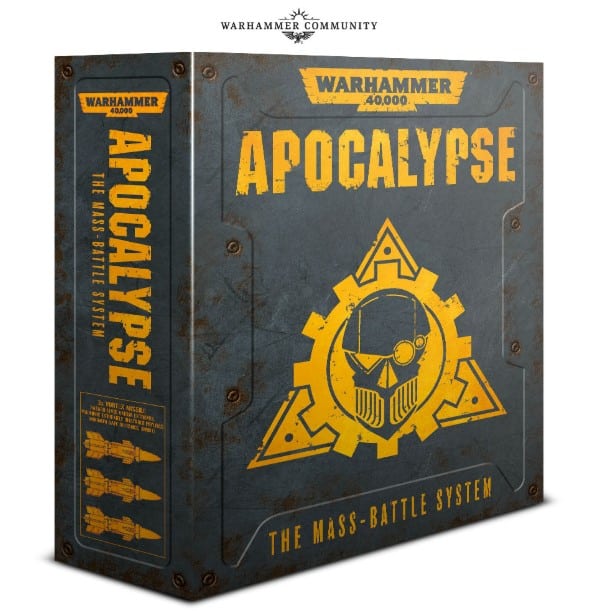 In the realm of 40k, the Apocalypse rules set was also revealed. Being nothing more than a large-scale 40k game with different dice mechanics, in all honesty, this didn’t quite take off like some might’ve expected. Especially with the upfront cost being $100 for just a handful of dice and a few books. 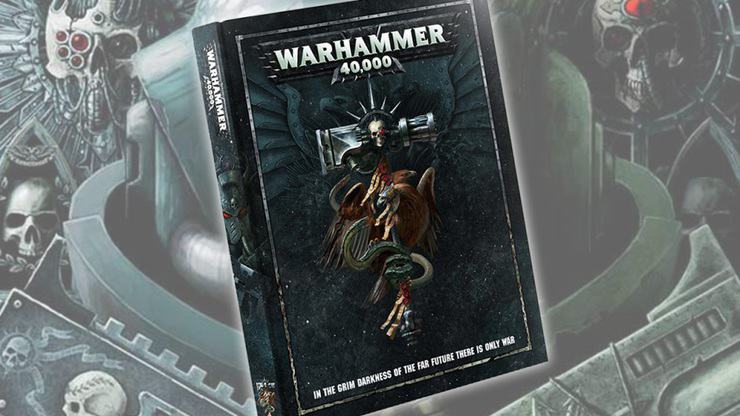 Also if you’re looking for any sort of preview about 9th edition 40k, don’t forget the first 8th Edition 40k previews didn’t even hit until May of 2017, well after the event that year.

Looking Ahead to Adepticon 2020

As we’ve said, Adepticon is just around the corner. And if you didn’t know, Adepticon the biggest of all tabletop wargaming. With the event rapidly approaching, we’re already starting to get an idea of what’s in store for us.

Coming from Adepticon’s website, they had this to say- specifically on the Warhammer (Games Workshop) preview.

Ultimately, it looks like GW is checking all the boxes on this one. With tabletop coverage confirmed on AoS, 40k, Blackstone Fortress and Warcry, we know this is going to be good. But on top of that, they mentioned: “seeing Warhammer on your screens“…

Which could be, but certainly not limited to some kind of long-developed video game or even that movie on Inquisitor Eisenhorn we heard about a while back. Who knows maybe even Angels of Death. 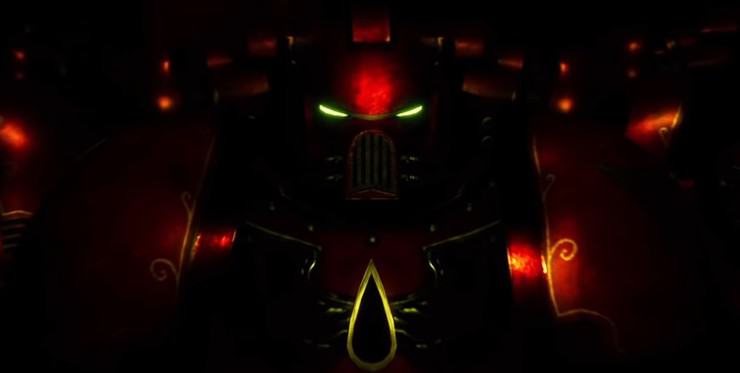 So What’s Been Confirmed & What’s on the Table For the Event?

Coming from an older post that was announced first by WHC, we’ve had a small look at what would be coming to Adepticon 2020 since 2019!

Warhammer 40,000 fans can bolster their Adeptus Astartes forces with this resplendent Librarian in Terminator Armour.

There’s one especially great thing about this Terminator Librarian. This guy being previewed means GW is still considering putting time into normal Marines. This is the first non-Primaris Adeptus Astartes model we’ve seen come to the 40k universe since the start of 8th edition that’ll be in his own clam pack. (I.e not Space Marine heroes). Pretty awesome.

As for Dacian Anvil, he was first previewed a while back with no real answer given to where he would pop up. However, it’s been unveiled that he’ll be making his debut at Adepticon 2020.

Both of these characters are coming inside the VIG swag bags but will also be on the shelves at the event while supplies last.

It’s also important to note that the Golden Demon painting competition is going to be held at the event along with a brand new Golden Demon trophy up for grabs!

The world’s premier miniature painting competition is returning to the USA at AdeptiCon 2020. This is the first time in over a decade that you’ll be able to show you’re one of the best painters in North America. Prove your talent and win yourself an incredible new Golden Demon trophy, which will be available at Adepticon for the very first time anywhere in the world!

For Age of Sigmar 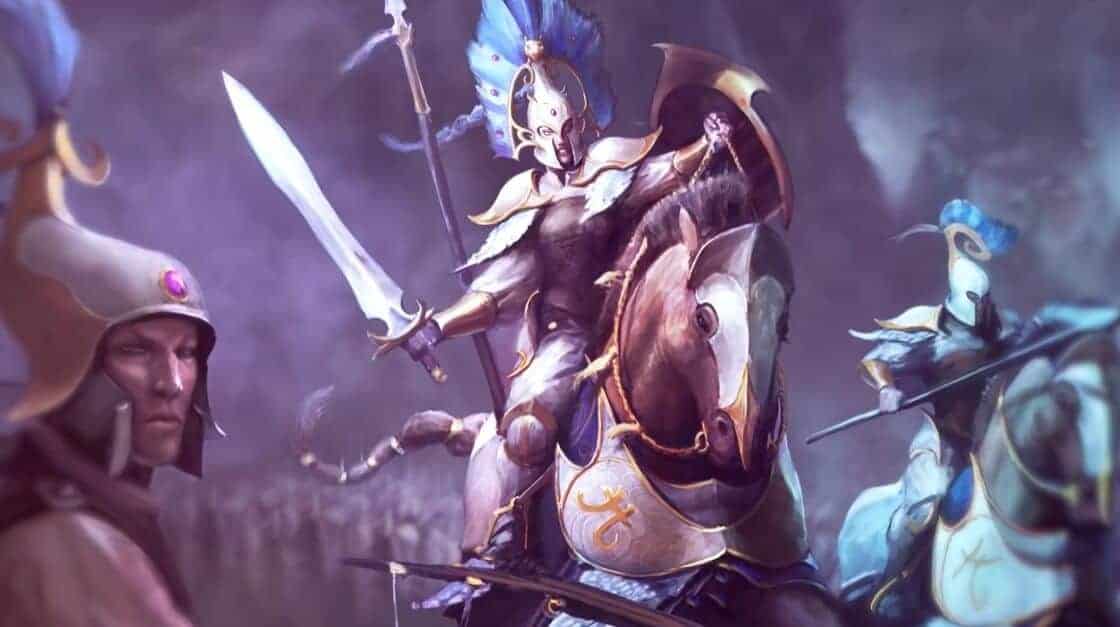 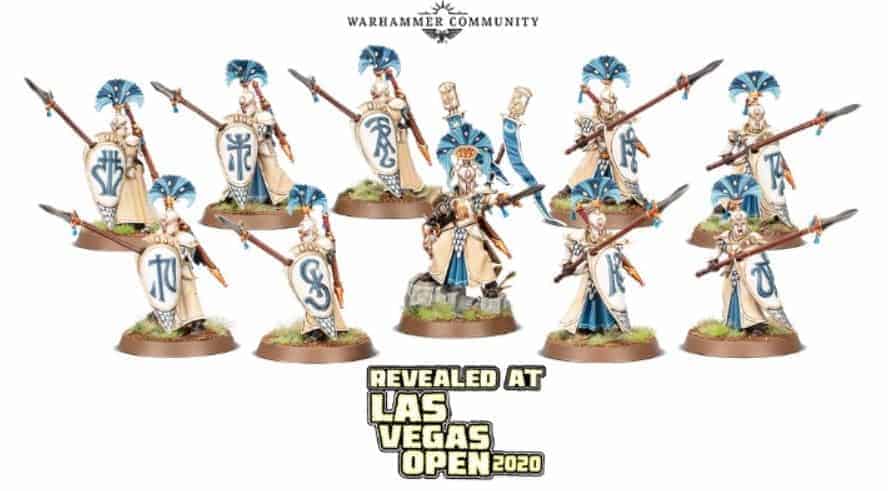 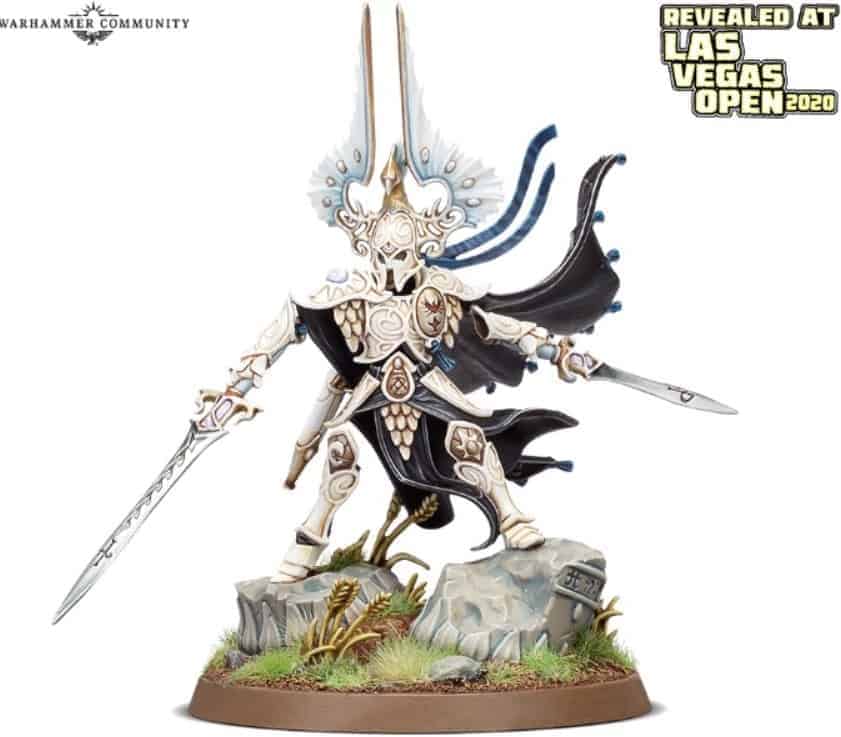 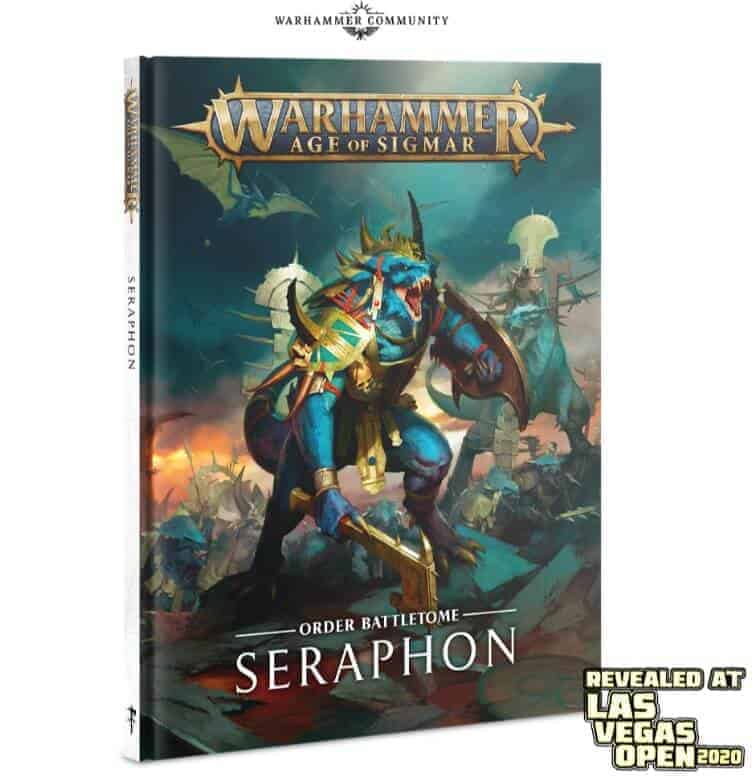 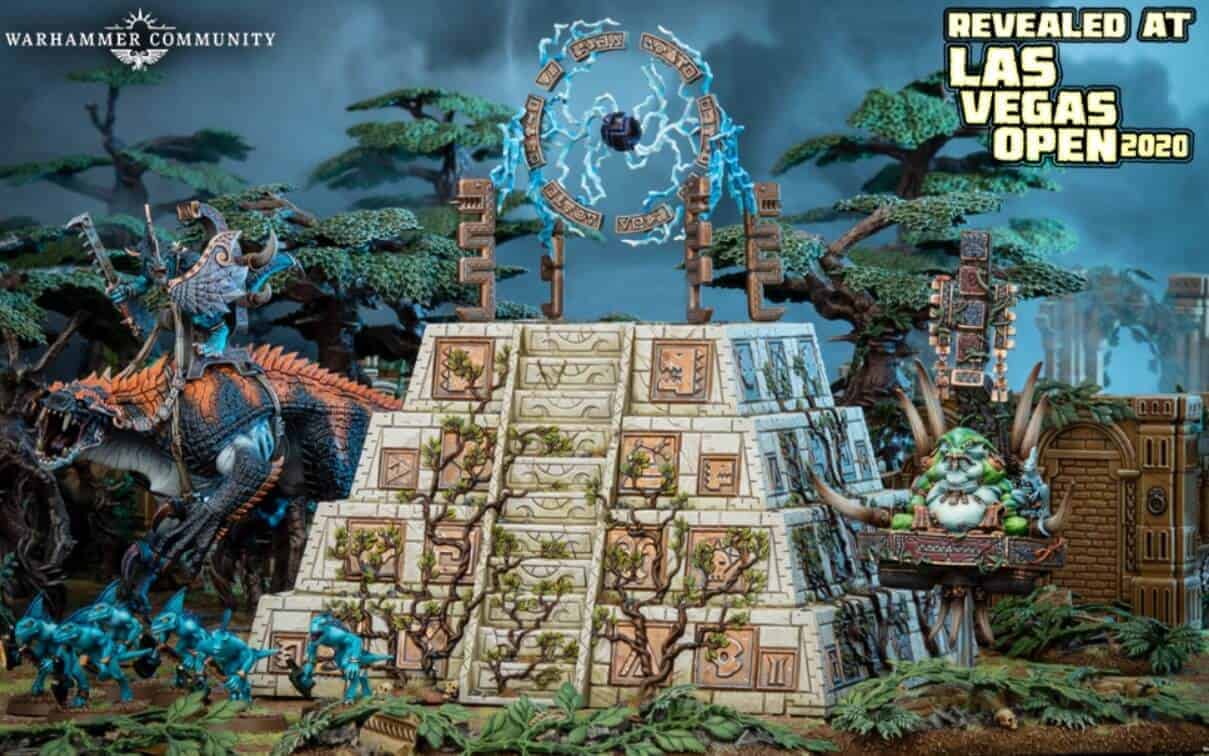 Two Age of Sigmar factions are on the table to get their grand reveal at Adepticon. With a decent look at what the Lumineth Realm-Lords will be getting, we hardly have any clue of what the Seraphon’s new toys will look like. All we know is that they are getting some kind of terrain piece. 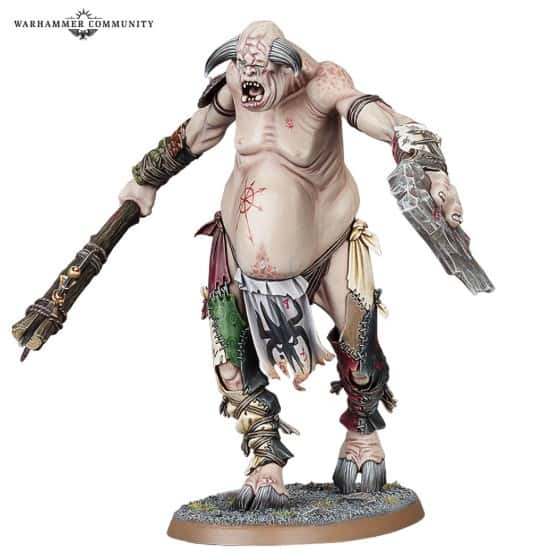 We’ve also been seeing the name Sons of Behemat dropped from time and time again. Whether in a shipping manifest or being referenced in a GW teaser video, there’s definitely something up with this name. And for those of you who don’t know, Behemat is an ancient creature that was the father to the Gargants. (Maybe we’ll see an all-Gargant faction). 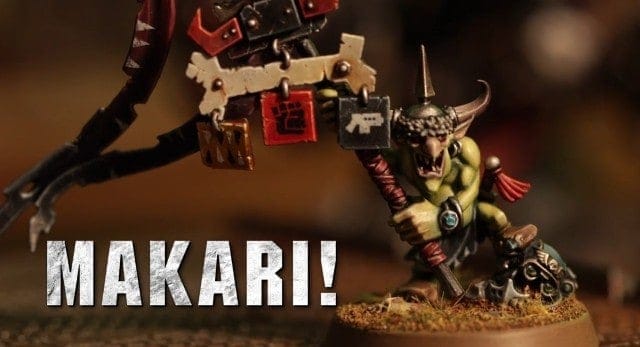 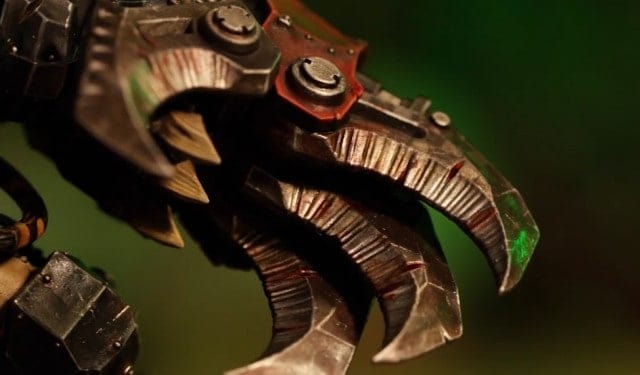 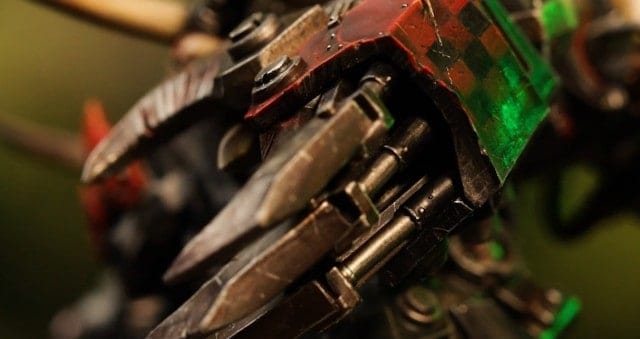 As a part of recent reveals, GW basically confirmed that Ghazghkull is coming back and ready for a krumpin’ in Psychic Awakening. As if seeing Makari and the teaser video (pics above from teaser video) weren’t enough. While Saga of the Beast is still getting teased, it’s a mystery on whether Ghaz might drop before the event or get his official preview there. 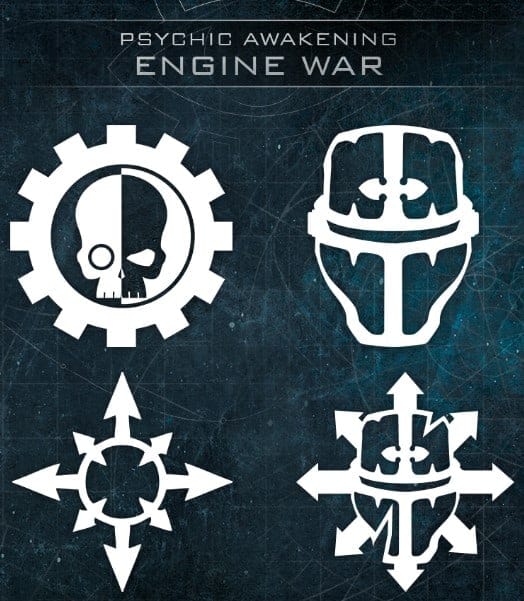 Two Psychic Awakening books still have to have some light shed on them as well. With Engine War being officially announced by GW earlier, showing the factions involved, War of the Spier was seen in a shipping manifest- which is still largely shrouded in mystery.

We also can’t ignore all of the recent film avenues GW has recently begun to step into (linked above). At the end of the day, there are all kinds of potential reveals swirling around Adepticon and we most certainly haven’t covered them all. But for right now, we’ll have to wait and see what exactly drops at the event. In the meantime, be sure to keep your eyes peeled.

Of everything that could be getting revealed at Adpeticon 2020, what would you like to see the most? Are you hoping Sons of Behemat is a brand new AoS faction? Will Ghazghkull drop before Adepticon? 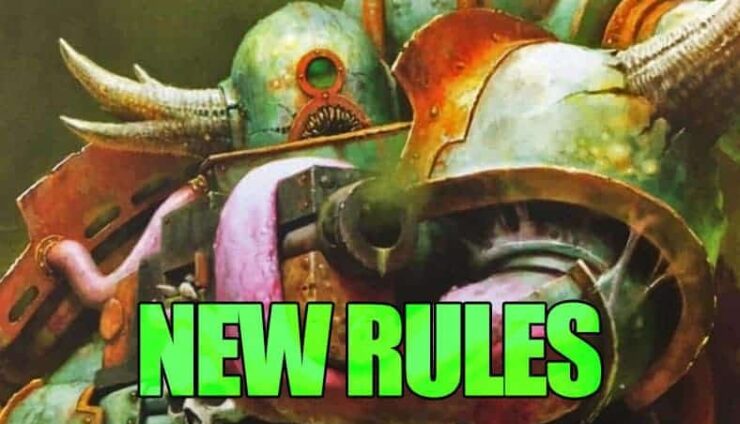 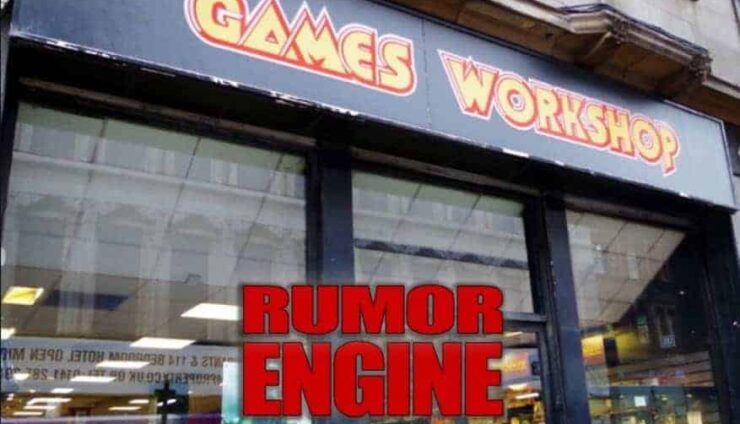 NEXT ARTICLE
Is That a Skyrim Nirnroot in the Latest GW Rumor Engine? »
If you buy something from a link on our site, we may earn a commision. See our ethics statement.