New Blood Angels – To Mech or Not to Mech?

I’d like to intorduce our first guest writer here at Spikey Bits, TPM Blood Angel. Paul has been playing Blood Angels probably longer than most, and even won Baltimore GT with them.  Since the new BA’s are coming out soon I’ve asked him to do a write up on them.

With the new Blood Angel codex coming out the biggest question is: To mech or not to mech?

The Baal Predator has moved to the fast attack choice, so now you can field a total of 6 Space Marine AV 13 tanks in the standard force org chart. To make things even sweeter they are considered fast vehicles. This means you will be able to move 6 inches a turn and fire all of their weapons.

Synergy and redundancy are two of the primary concerns when building an army list so I think keeping the predator weapon load outs somewhat similar across the board is key. The optimal configuration for your heavy support predators is most likely an Auto Cannon turret and Lascannon sponsons. The twin las turret is just way too many points for what you get out of it. You are also going to end up with a ton of las cannons in your army, but more on that later.

Having an Auto Cannon turret and Lascannon sponsons allows you to threaten similar enemy threats and often you won’t be wasting your auto cannon shots on things that you would like to be shooting your Lascannons at. Too many times I see people building out devastator squads (which most armies shouldn’t take anyway  IMHO) with half Lascannons and half heavy bolters. This is a huge mistake because there is rarely ever going to come a time when you will be firing those weapons at the same target.

This isn’t the case with the Autocannon due to it’s high strength value. You can pop IG chimeras, most Dreadnoughts, Rhinos and a lot of other popular choices out there right now – not to mention wound any monstrous creature in the game with reasonable success. Basically, the same stuff you’d be shooting your lascannons at.

So my heavy support choices:  3 Preds with Autocannon turrets and Lascannon sponsons. 12 str 7 or greater shots per turn.

With fast attack I think a lot of people taking the Baal Predator will try and go for the flamestorm cannon. If you’re using some sort of combined attack with jump pack marines or drop podding/ flying Deadnoughts then the Flamestorm on outflanking Baals might be a good choice.

I am not a big fan of my tanks not starting on the table though. For the list synergy I think the best option is going to be the twin Assault Cannons with Heavy Bolter sponsons. Most of the time you’re going to be shooting these weapons at similar targets. In a pinch you can also use the Assault Cannons to pop transports (remember that rends will auto pen most transports) or since they are also fast you’ll have no problems getting side armor shots on Chimeras which the assault cannons will absolutely destroy. Once all the armor and hard targets are gone you’ve still got the long-ish range to whittle down enemy troops, remember they are fast so its 6″- 12″ + range of the gun. You can move six inches to scoot away from the enemy while pounding them with fire.

If you’re facing a straight horde army then you’ve got the volume of fire to tear them to shreds as well, as long as you focus your shots and burn down a unit at a time.

Remember what I said about having a lot of Lascannons? Well, that brings us to troops.

Scoring units are critical in 5th ed. Taking assault marines and removing their jump packs gives you a price break on their transport. To me, the no brainer choice here is the Razorback. You take a 5 man squad, give them a special weapon and a close combat upgrade and put them in a twin Plasma Lascannon turret Razorback. This gives you long range fire and the short range hard target popping power that you’ll need for things like Terminators, Nob Bikers, or whatever else managed to make it across the table through your 6 Predator field of fire.

With this mech variant you’ve got 11 fast vehicles that can zoom around the battle field while still dishing out their full complement of firepower and also deliver your 3+ armor scoring units to the objectives. On tables with little terrain or cover you’ve also got a ton of vehicles that you can screen the rest of your army with.

By just taking 5 assault squads and the Razorbacks you’ve got a few points left over to play with. You can take a beefed up HQ choice or maybe another AV 13 choice in the form of a Dreadnought.

This was, obviously geared towards the ‘to mech’ option. Next we’ll talk about ‘not to mech’ where you can drop 60+ assault marines reliably on turn 2 or three right in your opponents face.

What do you think so far about the new Blood Angel choices? 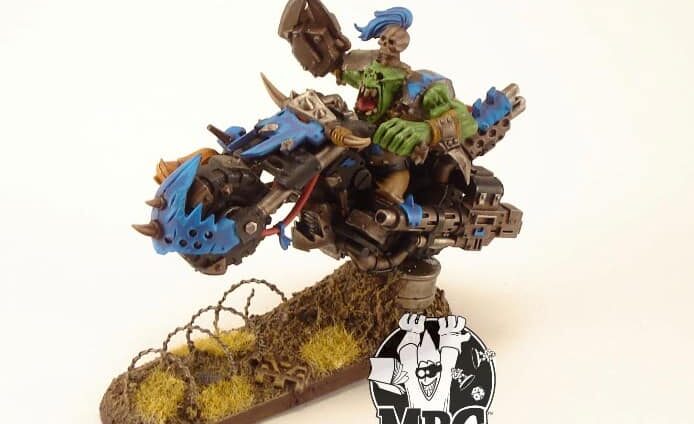 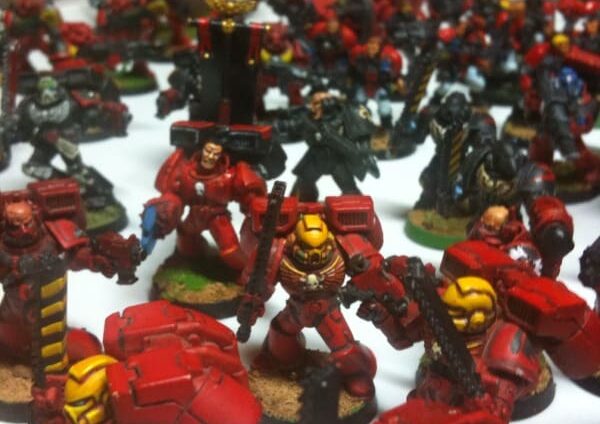 NEXT ARTICLE
New Blood Angels – To Mech or Not to Mech? Part II »
If you buy something from a link on our site, we may earn a commision. See our ethics statement.