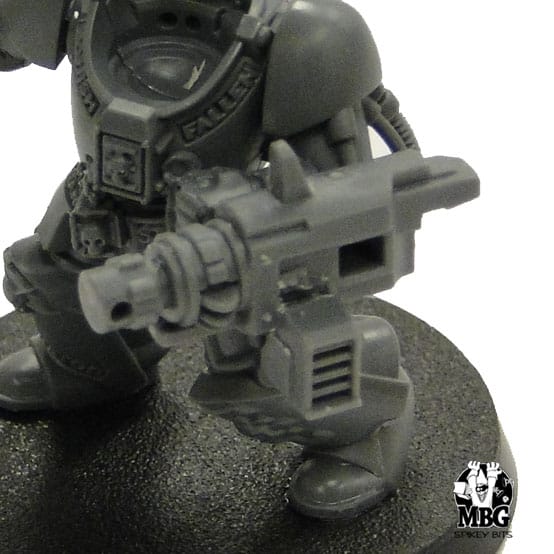 Welcome back to another week on the SB! Spikey Bits that is 😀

First up is this article on a conversion I came up with to make Terminator Psycannons on the cheap.

This bit’s price has been steadily creeping up over the last few weeks, I suspect due to the demand of players gearing up for Adepticon.

Bits always start spiking in price as a whole right around this time each year like clockwork.

Anyways, so as I turns out I’m building a Grey Knight Paladin list, and of course I need Four Psycannons for each of my squads as well. But the problem is well, they sell a lot, so it’s hard for me to just take eight at one time.
So I came up with a good looking cheap conversion, that will help us all out.
Parts List
Power Armor Psycannon (Version 1)
Terminator Psliencer (Version 2)
Multi-Melta Fuel Canister (Version 2)
Optional Parts
Any version of Devastator or Grey Knight Servo Skull bits
Conversion 1

The first one I came up with is the simplest conversion IMHO.  It’s just a basic cut and re-position of the ammo feed from the right to the left.

It turns out that the Terminators fire Psycannons from their left hands, cause they can one-hand their nemesis force swords, like a boss. 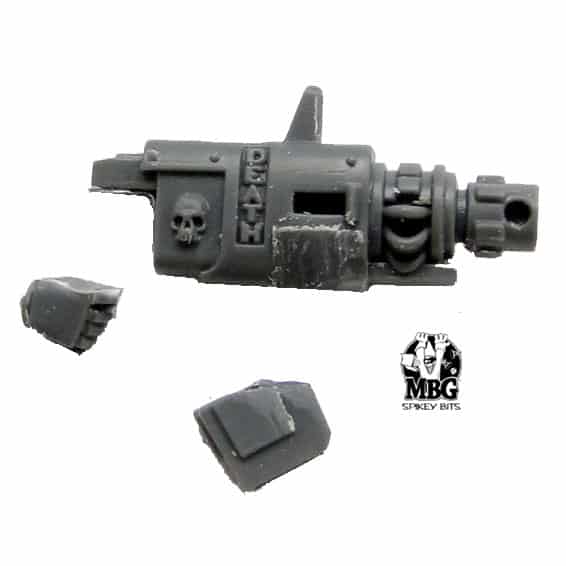 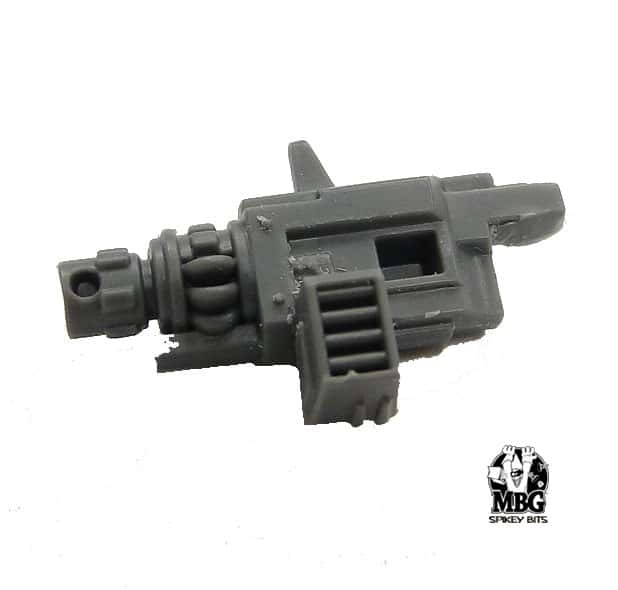 To make it first cut the power armor hand clean off.  Then just shave the ammo feed off at a 45 degree angle from it’s mount, flip and re-glue.

Here is a picture of the Terminator, and Power Armor conversion side by side. 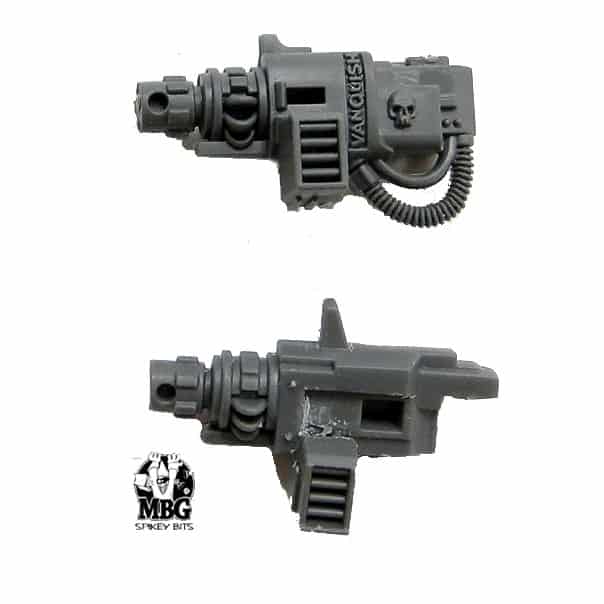 As you can see the converted one is a bit bland, but you can spice that up a bit by adding some Grey Knight accessories, or even clip down the wires from a servo skull and attach them to it! The sky is the limit here, as anything in your bits box can really make this pop. 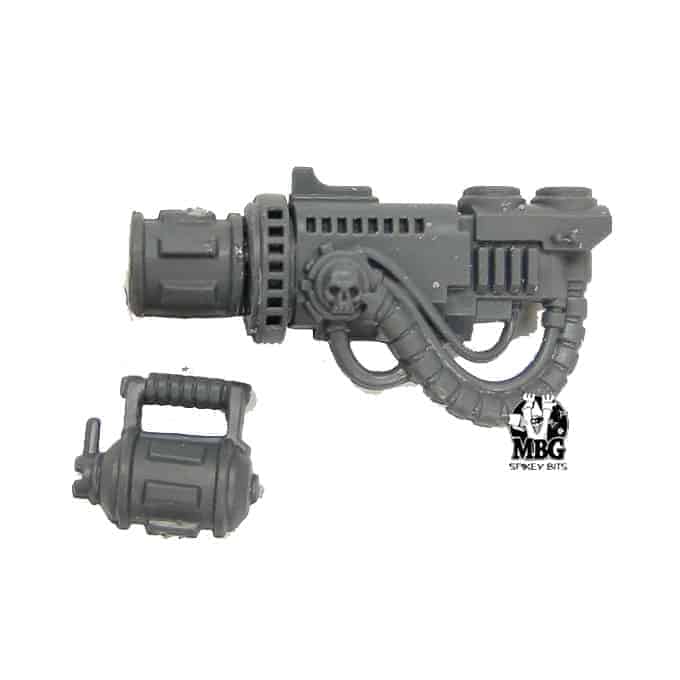 This conversion is also pretty easy,  just cut the tip off of the Psilencer, and replace with a bored out and trimmed down multi-melta canister.

It looks great, and has all the gubbins and wires and stuff attached already.

Now it’s time to take a look at how these stack up with equiped on an actual terminator frame.

I mounted each version of the weapons to the normal terminator weapon arm mount (which only comes one per box as well, sigh). 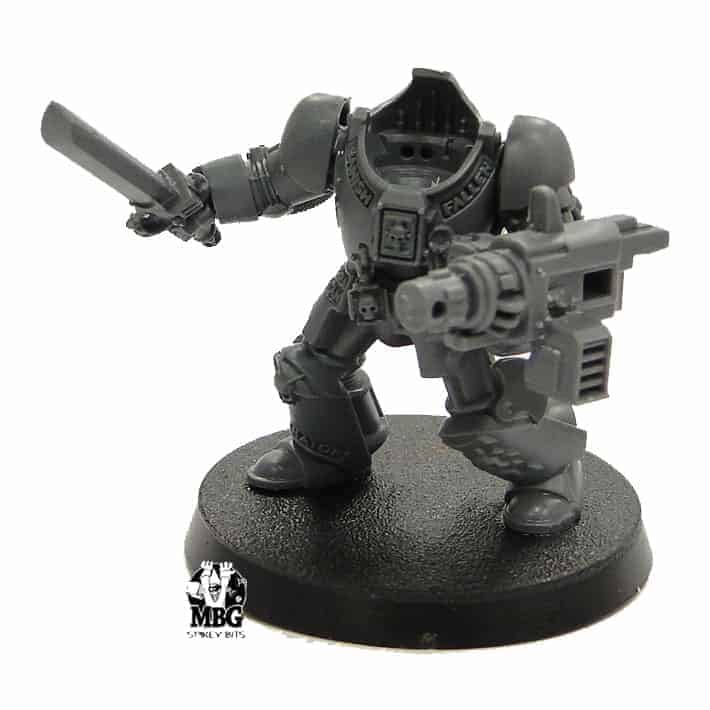 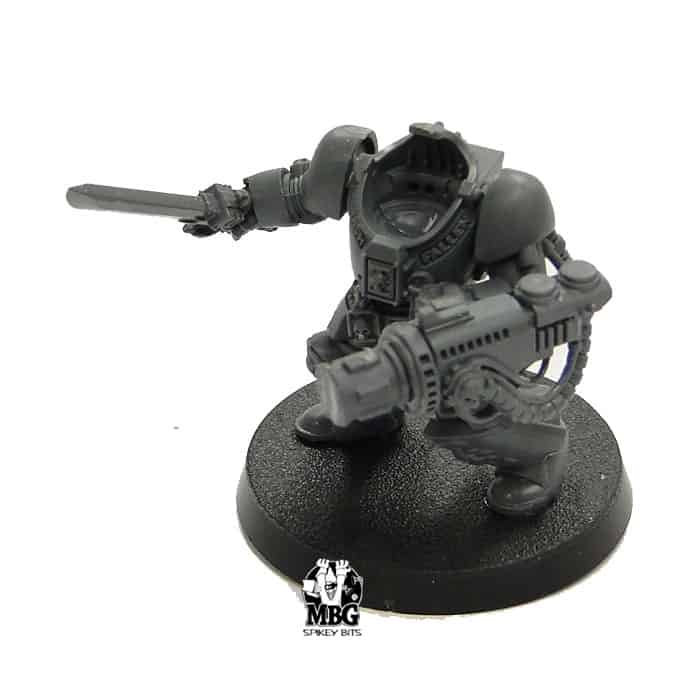 Psycannon “Psilencer Tipped” Conversion
So what do you think? Look good, or no way? -MBG
Get 20% OFF Bits, and FREE SHIPPING??!! Over at the Spikey Bits Online Store, all bits are 20% OFF, and ship for FREE! We also have reduced shipping for overseas customers, as well as a special rate for shipping to Canada! 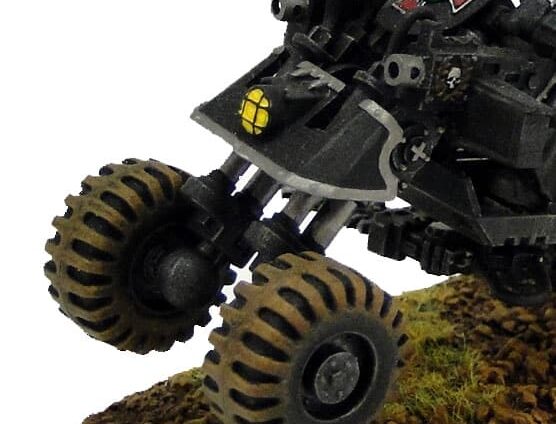 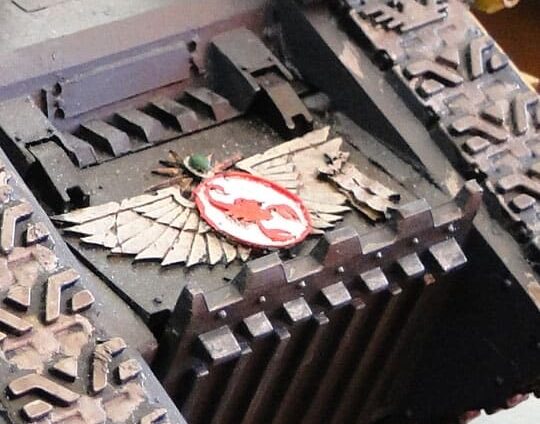 NEXT ARTICLE
Black ‘N Yellow: Red Scorpions Hotness! »
If you buy something from a link on our site, we may earn a commision. See our ethics statement.