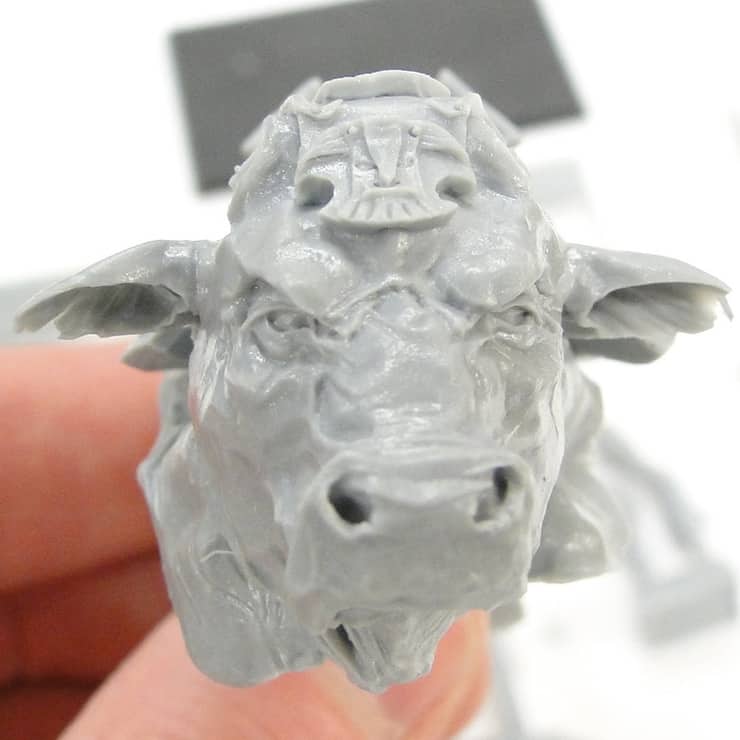 Welcome another Unboxing Forge World article. Our first few articles, went over pretty well, so we’re pushing ahead with more!

This time we have, form the New Warhammer Forge, the Chaos Dwarf BALE TAURUS!

This thing is pretty fricking huge, and the detail on it is insane.

The grim Dark Lands where the Chaos Dwarfs make their home are a dread and forbidding place, and birthing ground for many strange and unnatural creatures. None, however, are more sought after by the Dawi Zharr than the dread Bale Taurus of the Volcanic Heights. To the Chaos Dwarfs, this mighty beast’s resemblance to their terrible god Hashut, the Father of Darkness, is no mere coincidence. Taking the form of an immense, winged daemoniac bull, its flesh burns with the intensity of a furnace, wreathing it in smouldering shadow and sparking the ground afire beneath its hooves.
Complete resin kit. Model designed by Steve Whitehead. –Courtesy FW’s site 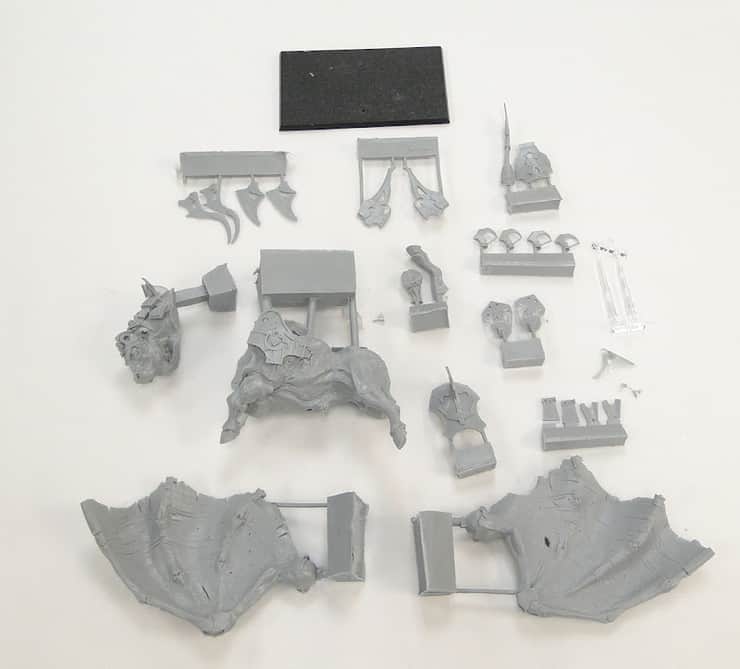 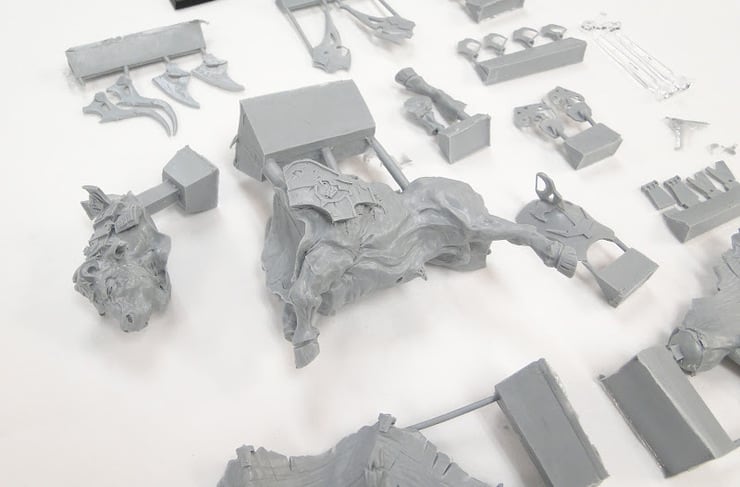 Who wants to play against this? -MBG 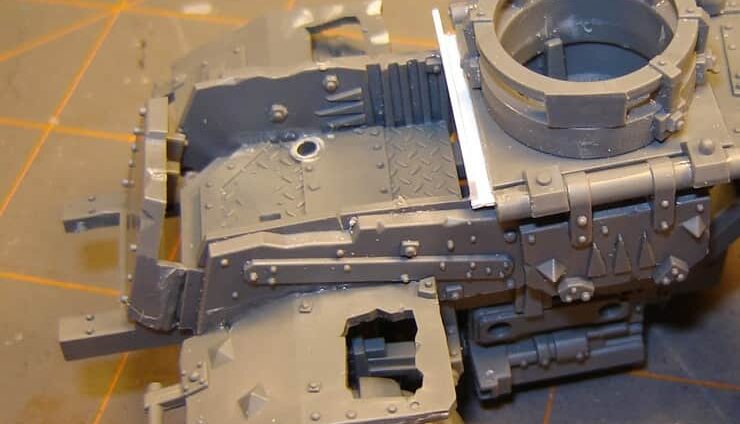 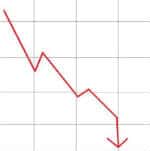 NEXT ARTICLE
Prices slashed on Grey Knights Bits! »
If you buy something from a link on our site, we may earn a commision. See our ethics statement.