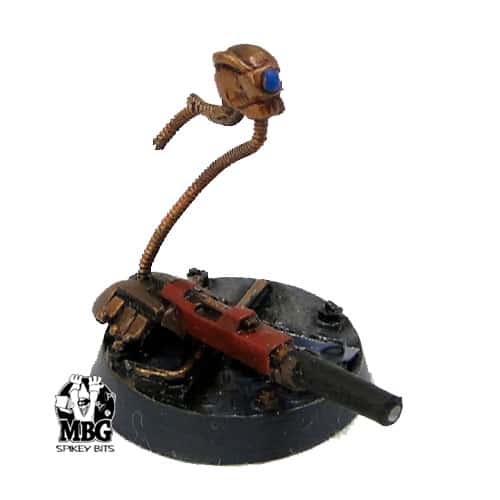 Today I have more of Beast’s Adeptus Mechanicus Skitarii Army to showcase for you.

Ad Mech always seems to have a special place in everyone’s hearts.  When you see conversions, they are either pretty much terrible, or off the wall amazing!

I like these little guys, as they seem to be just the right mix of techie / creepy all in one.These buggers are his Skitarii snipers which “counts as” Ratling snipers hence their smaller size.

I think they are fun little conversions, and lets face it that’s what the majority of our hobby is about.  Not everyone’s hobby is the same, but we all like to see something new and different I think.

These guys are quite an amalgam of parts, as you can probably tell form the close ups, and while it may seem a little on the costly side to make, most veteran modelers will probably have a majority of these parts lying around.


And lots of Guitar wire!

If you are not looking to spend hours bending and cutting wire to base these models off of, there is a company called Dragonforge Games that produces cast guitar wire in pewter that is way easier to work with.

You can check it out what they have to offer here.

Basically these conversions start on the scarab bit, and branch out from there.  The weapons are mounted using the Scarab as a mount, and then the servo styled heads are attached to the base via guitar wire.

From there optics or targeters are added to the servo heads, and other bits and such are added throughout the assembly to create a cohesive theme.

Squad and close up pictures below, enjoy. 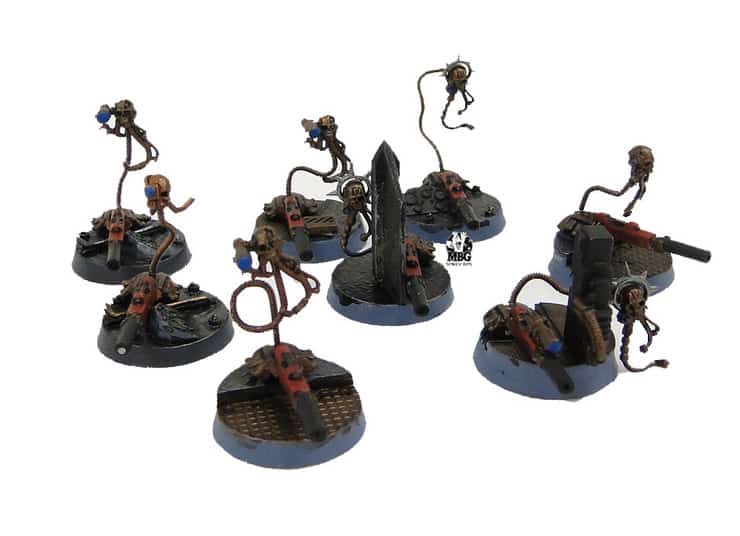 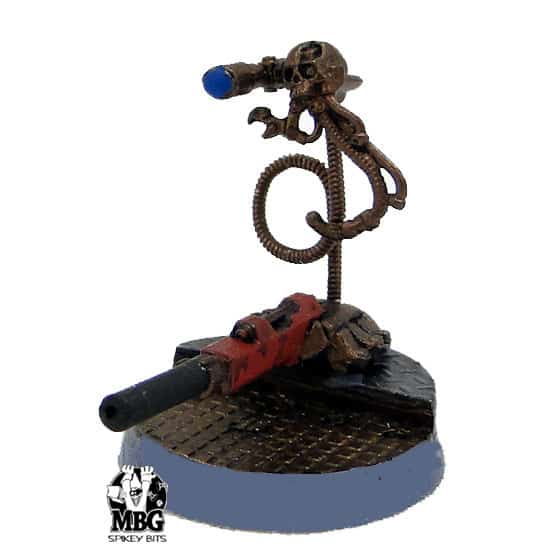 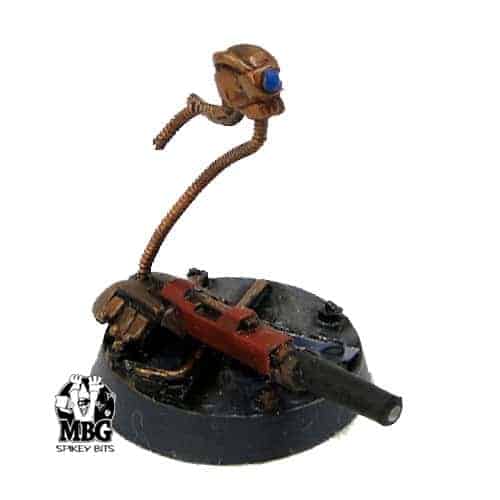 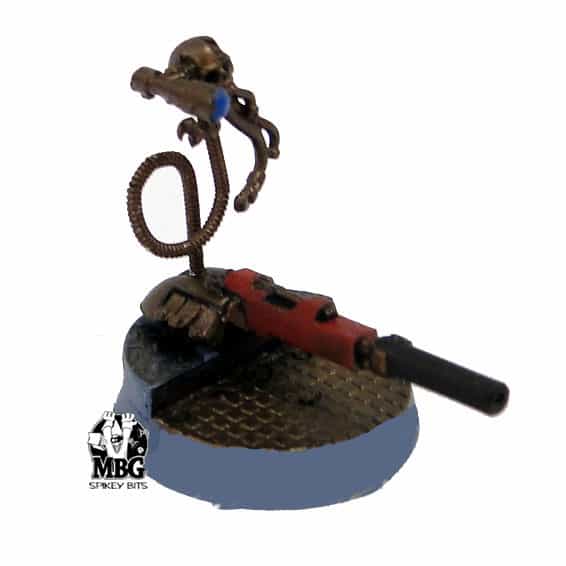 All hail the Omnissiah and his creations?!– MBG

You can checkout all of Beast’s featured work here. I also have a Mechanicus Label link as well that showcases all out ad Mech posts.
Need New Bits? Get the new TYRANID and SPACE WOLF Bits for 20% OFF, with FREE SHIPPING WORLDWIDE!! Over at the Spikey Bits Online Store, all bits are 20% OFF, and most ship for FREE, Worldwide! 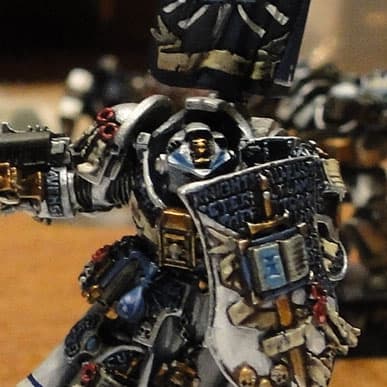 NEXT ARTICLE
Lord Draigo the Newest Army of One »
If you buy something from a link on our site, we may earn a commision. See our ethics statement.