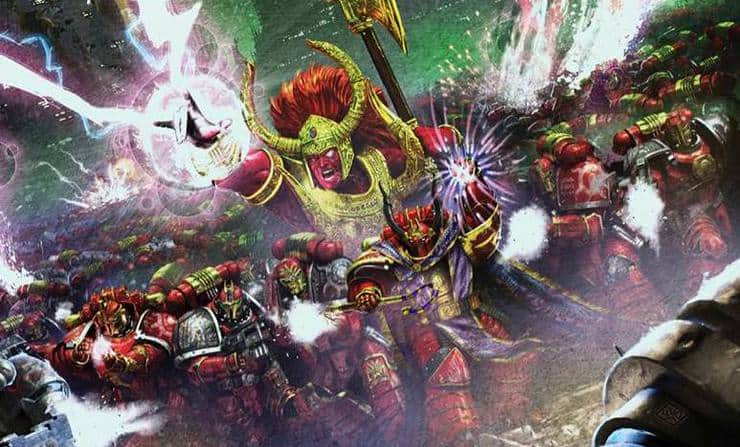 Don’t miss these twelve awesome new art scenes for Horus Heresy that the Black Library just revealed for their 2017 Calendar!

Mark down all your upcoming events in 2017 on a Black Library Calendar, filled with epic art of some of Warhammer’s most iconic characters! 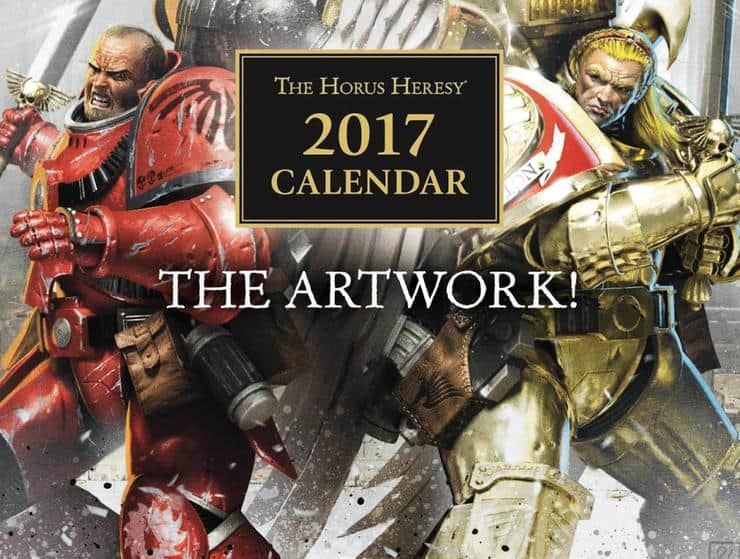 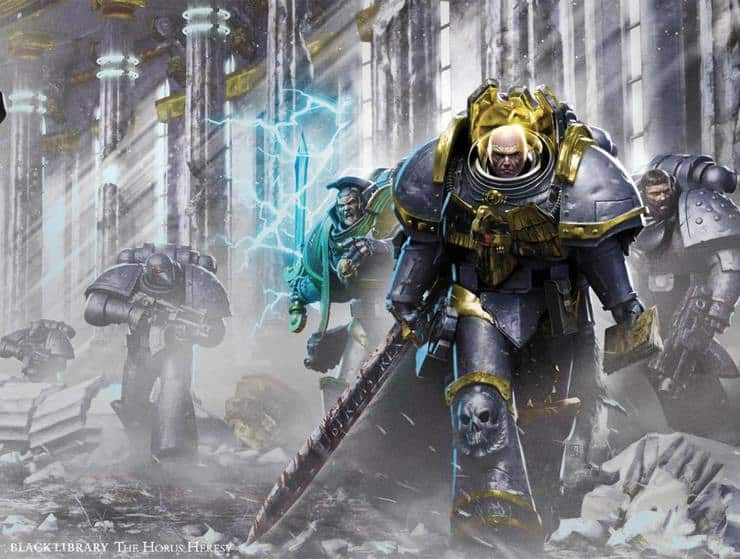 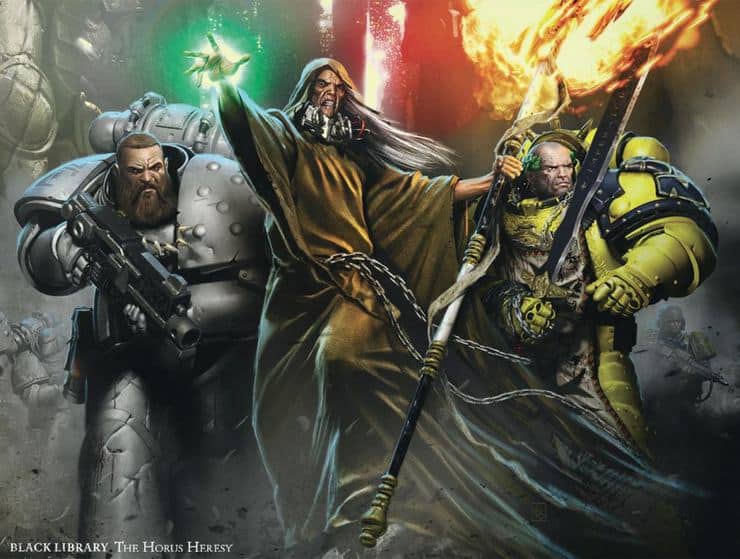 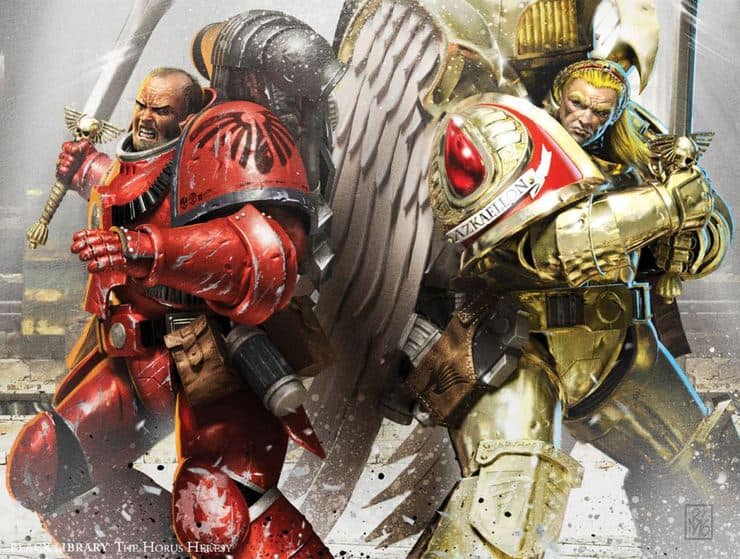 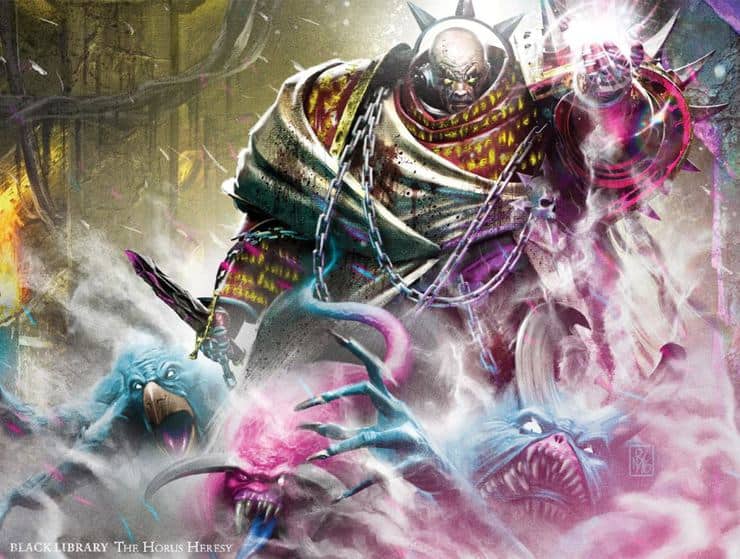 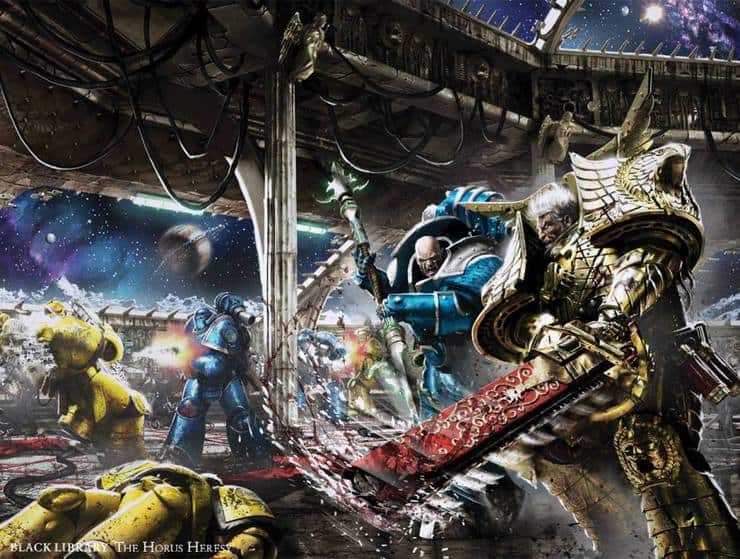 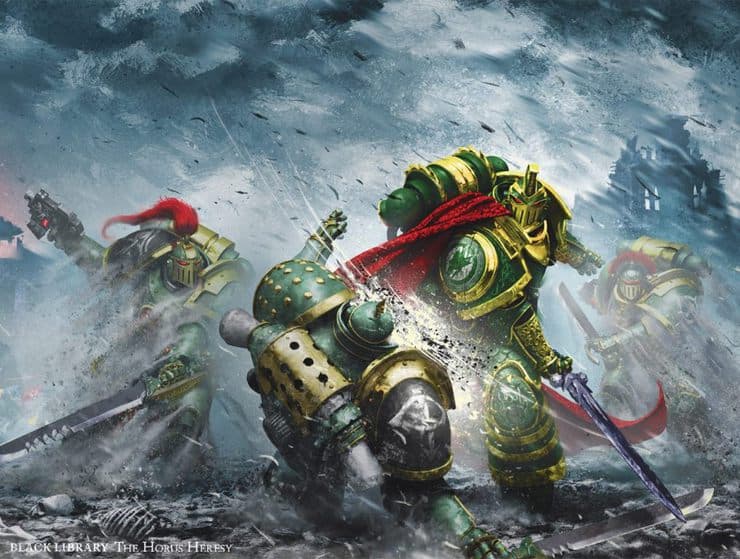 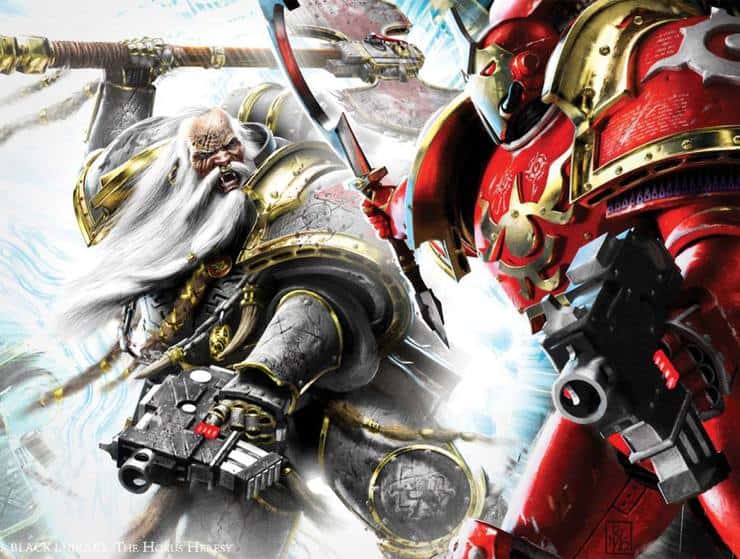 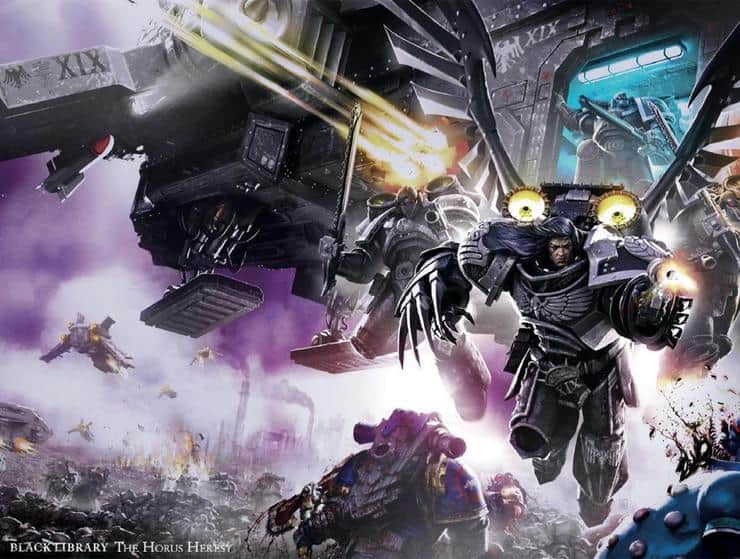 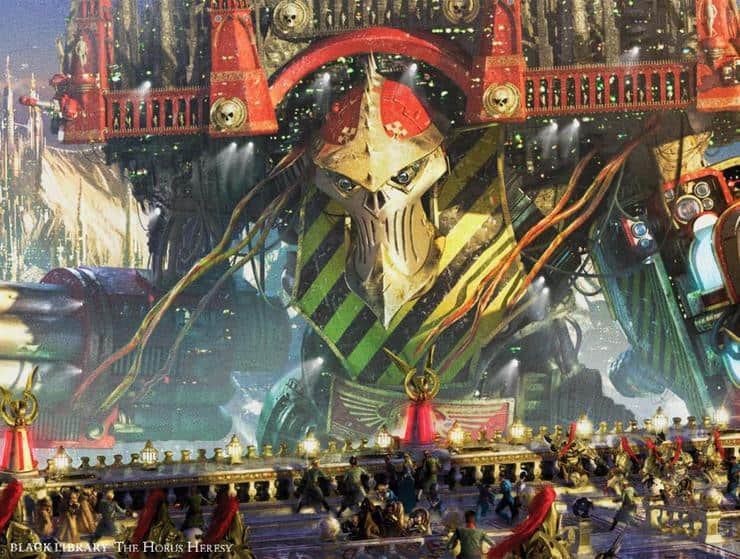 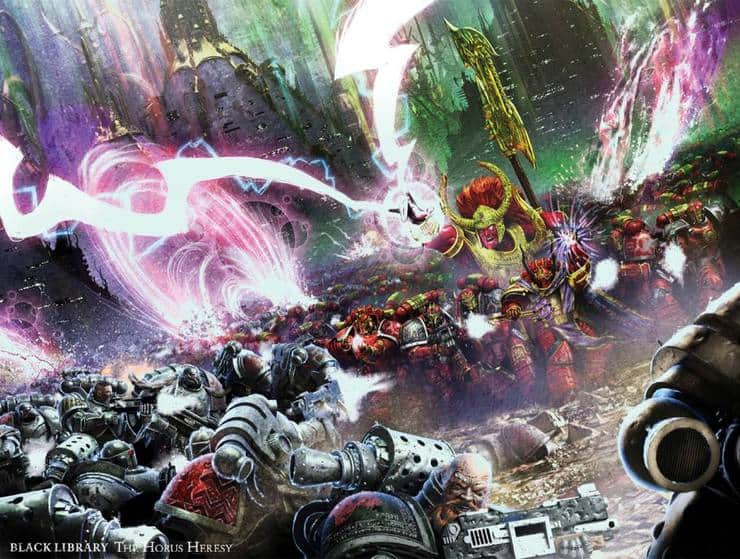 Fantastic art line up for sure.

Black library is all geared up for 2017 with two new calendars, filled with art from 40k and The Horus Heresy. Checkout how you can get your very own, below!

Live 2017 to the accompaniment of classic artwork from across Black Library’s range. See some of the greatest covers in Black Library history on a large scale, plus of course a handy calendar! 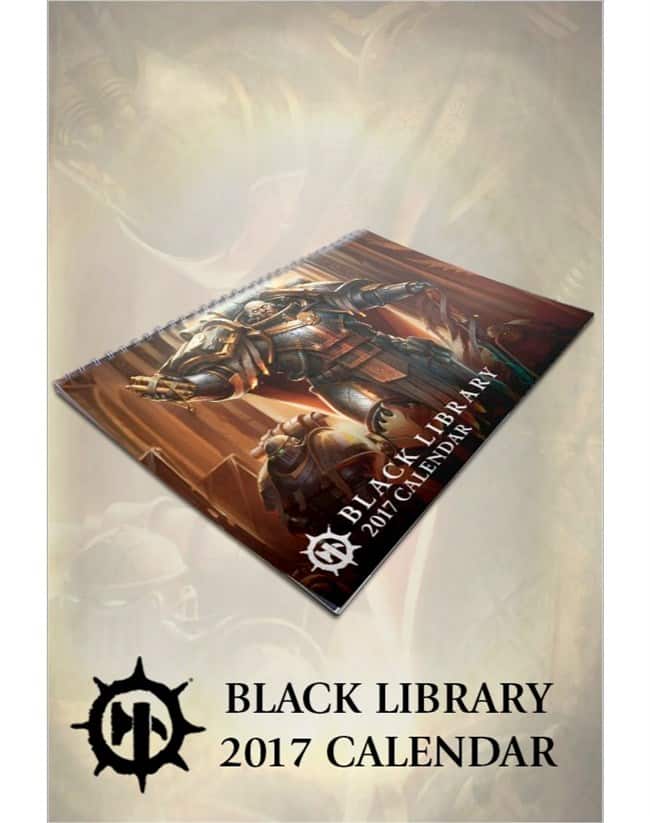 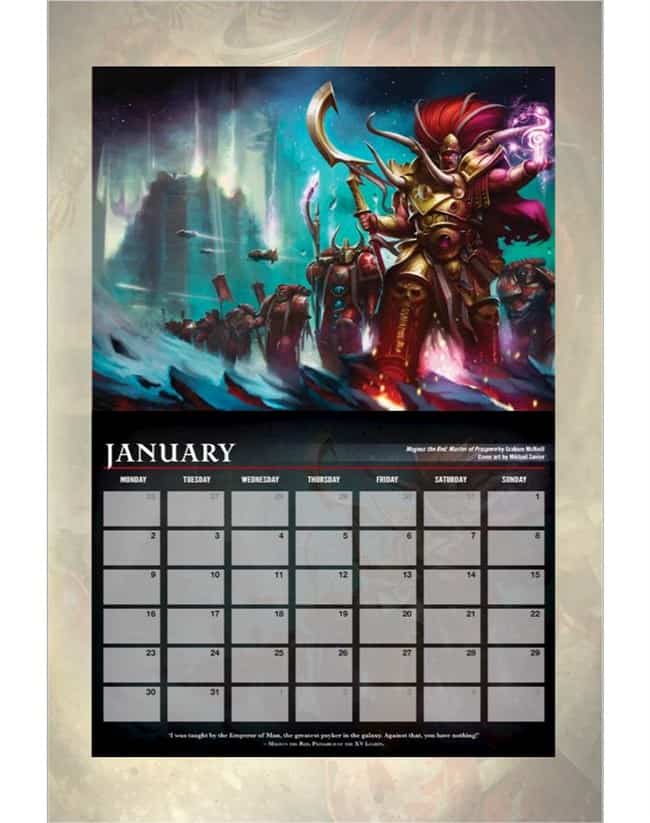 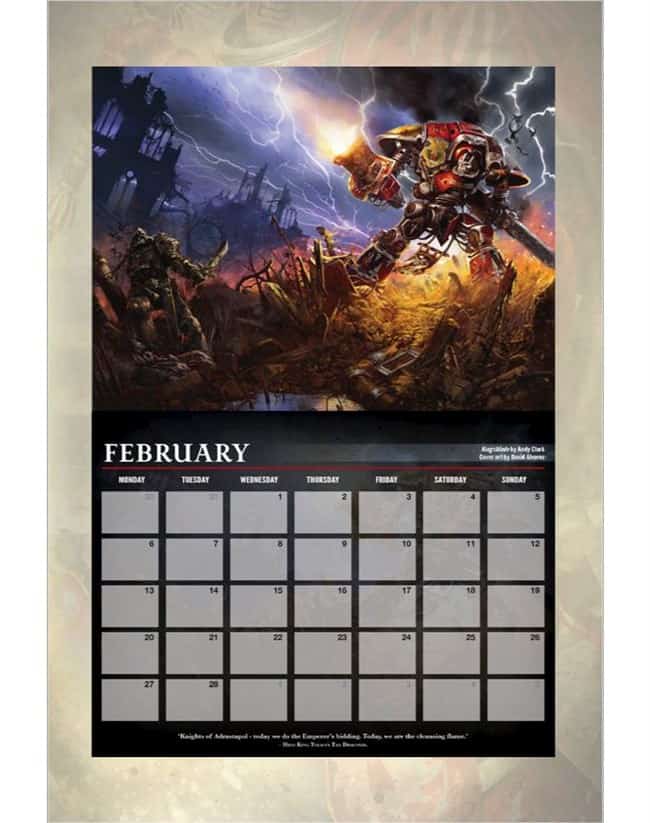 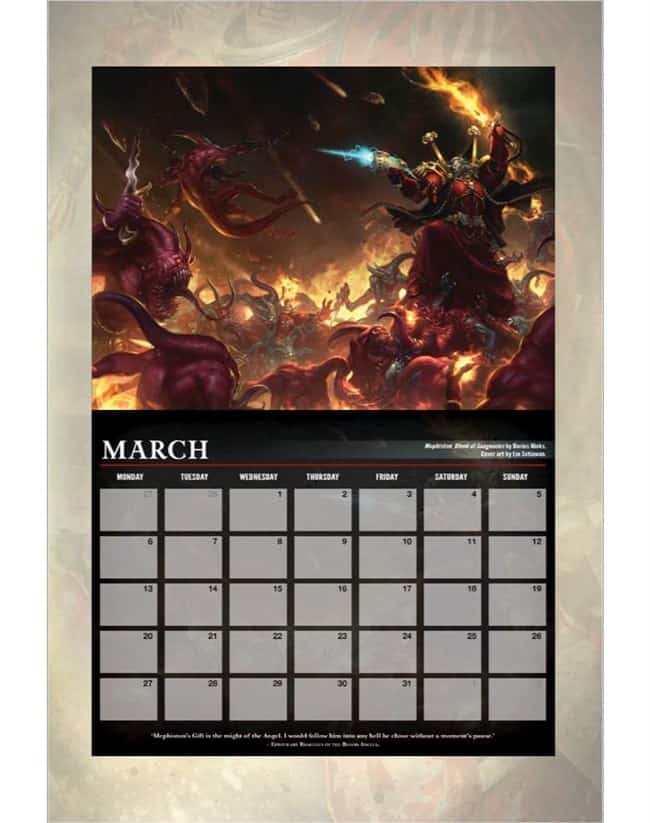 Have artwork from a host of recent and forthcoming Black Library titles on your wall for the whole of 2017 with the official Black Library Calendar. Every month brings a fabulous scene of battle that also adorns a Black Library cover, including Titans marching to battle, the primarch Perturabo leading his Legion and Lucius the Eternal proving his swordsmanship skills.

Live 2017 to the accompaniment of 12 pieces of classic Neil Roberts artwork from the bestselling series with the Horus Heresy Calendar. 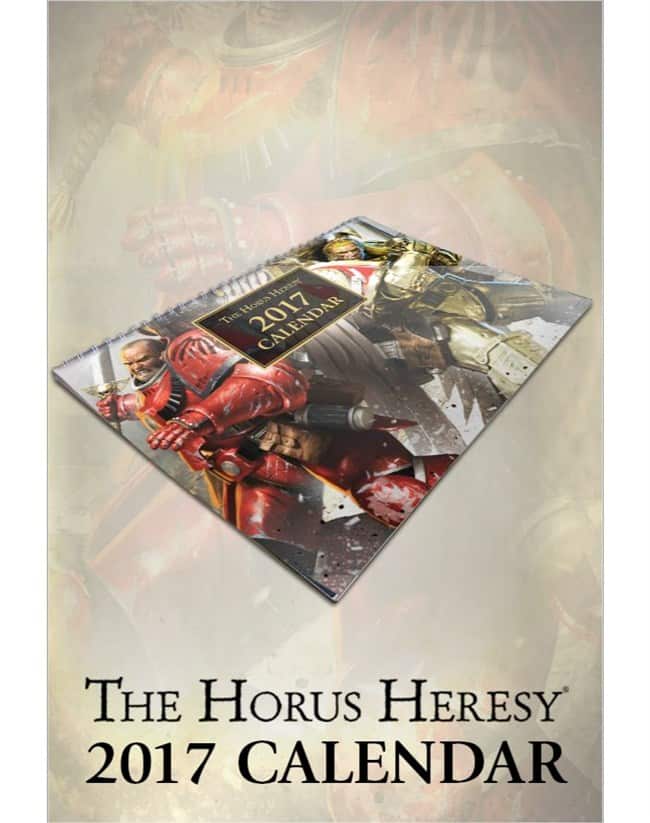 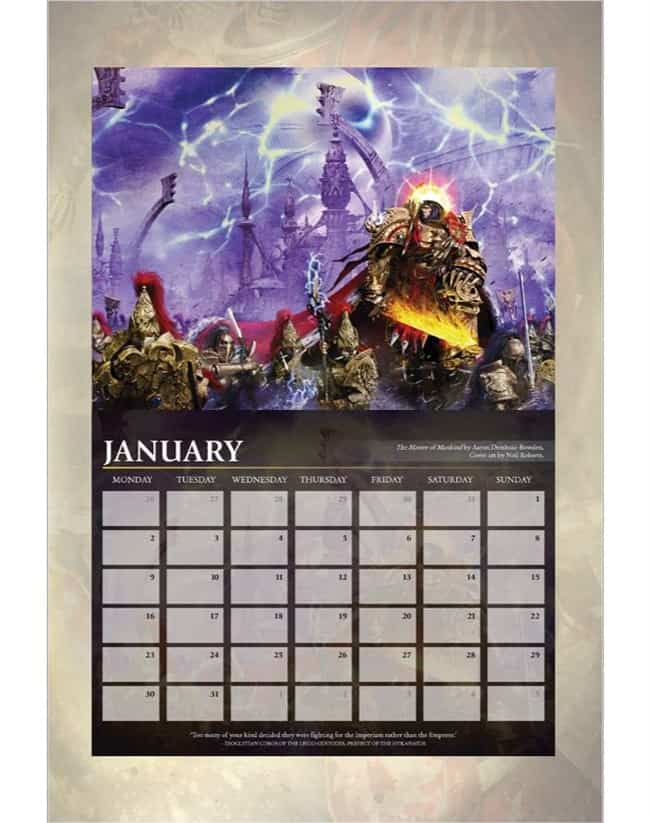 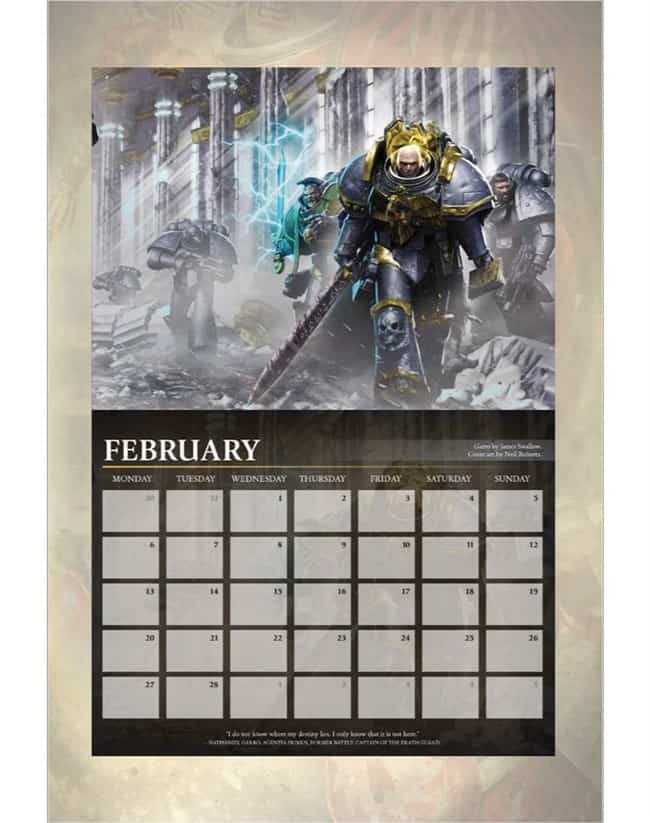 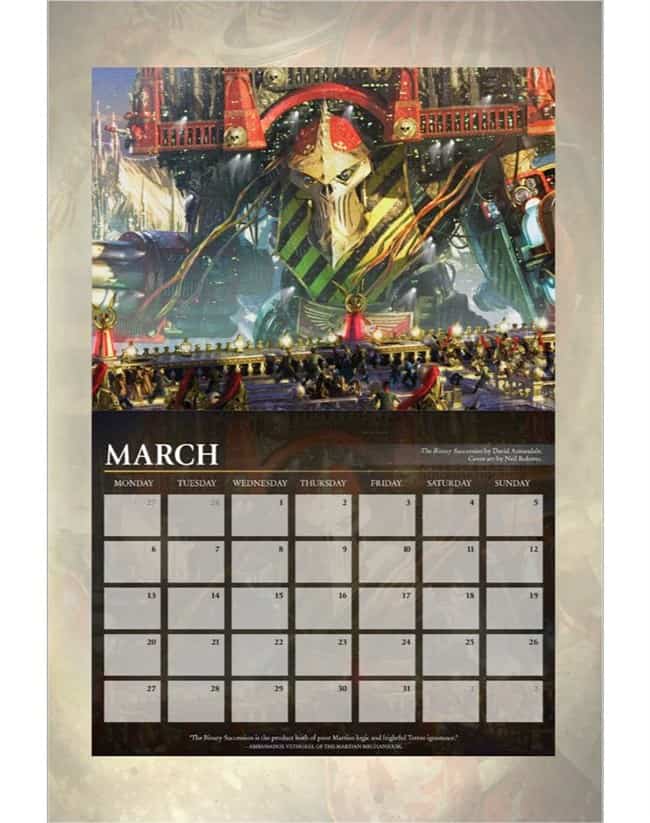 Have a different piece of artwork from the Horus Heresy on your wall every month in 2017 with an official Horus Heresy Calendar. Every month brings a classic image by Neil Roberts from recent and forthcoming titles, showcasing some of the finest covers from the series, including images of Garro, heroes of the Blood Angels and even the Emperor of Mankind himself…

THE ART
All pieces by Neil Roberts
January: The Master of Mankind
February: Garro
March: The Binary Succession
April: Corax
May: The Thirteenth Wolf
June: Sons of the Forge
July: Praetorian of Dorn
August: The Heart of the Pharos/Children of Sicarus
September: Virtues of the Sons/Sins of the Father
October: The Silent War
November: The Crimson King
December: Angels of Caliban

Head over to Black Library and bring in the new year right with one of these amazing Warhammer calendars. Doesn’t matter which one you choose because they are both packed with some much epic art from Warhammer you won’t know what to do with youself! 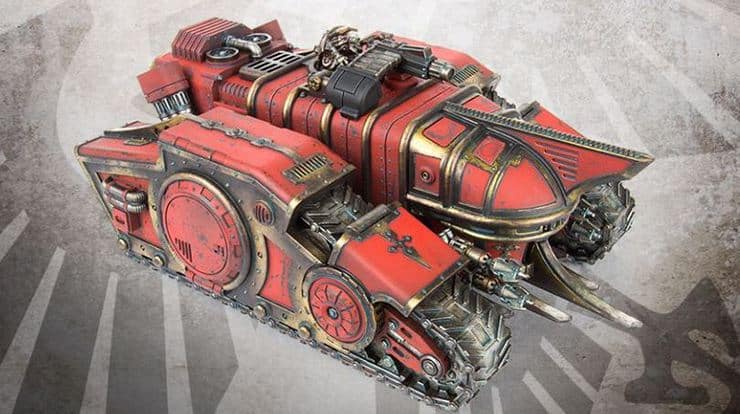 NEXT ARTICLE
New Forge World Macrocarid Explorator – UNBOXED »
If you buy something from a link on our site, we may earn a commision. See our ethics statement.