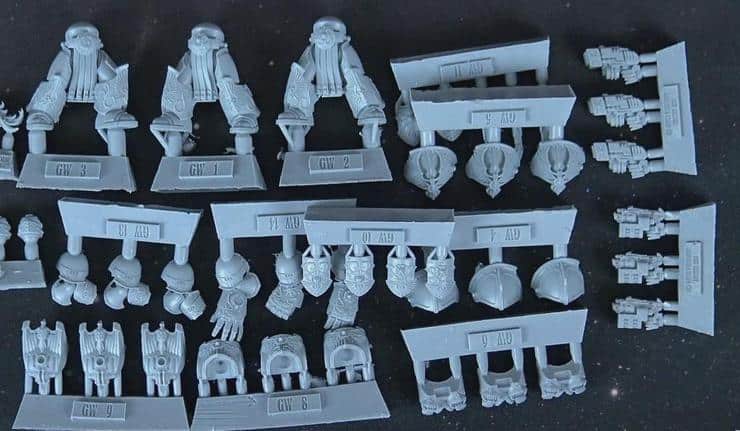 Custodes rarely deployed Aquilon Terminator Sodalites except in times of extreme need. Those times, it seems, are now from Forge World.

The Legio Custodes Aquilon Terminator Squad is a fairly recent release by Forge World. This multi-part resin model comes with both the Aquilon Terminator with storm bolters or as a different kit with fire pikes as a heavy weapon variant. To see the entire video and review, scroll down and press play on the video below. 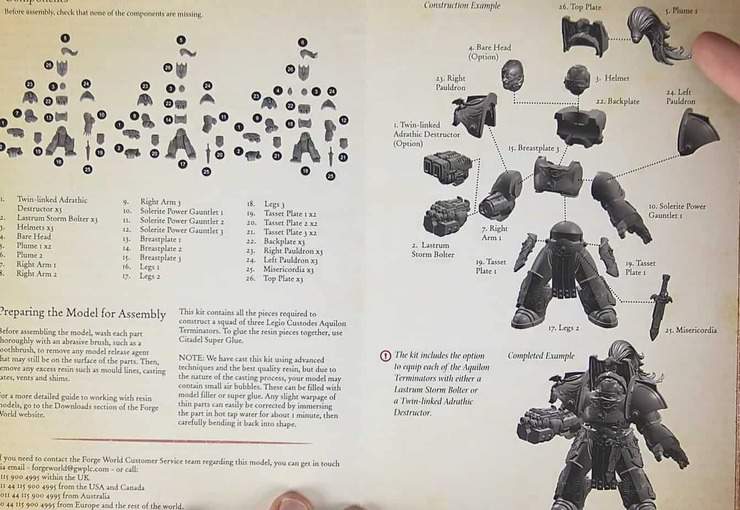 The parts breakdown has a few different options, including plumes, 1 option for a bare head, and other helmeted heads. There is an option for weapons, and have some varied poses. There are enough parts to make a squad of 3 Terminators. The models come with three 50mm bases. 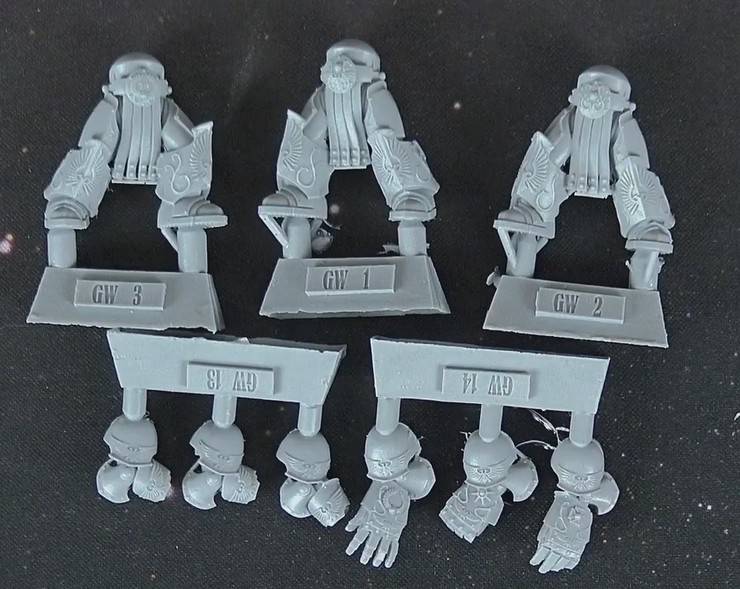 The kit itself is incredibly detailed with tassels, scroll work, aquilas, and other imperial iconography. The arms have several options with both open fist and closed fists, plus a ton of detail to work with. The shoulder pads have similar styling to other dreadnought pads we’ve seen before, but the detail in the aquilas and rivets are exquisite. 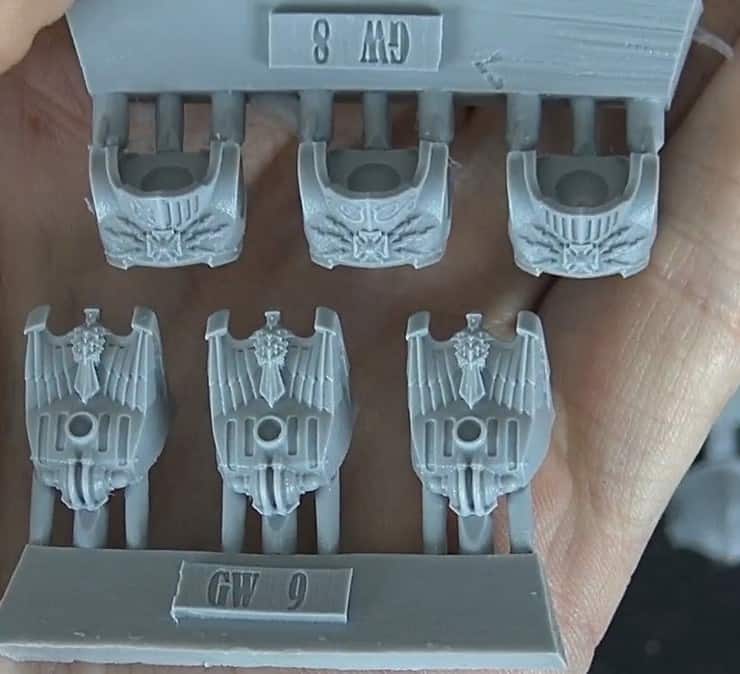 The front and back of the torso have some incredible detail and lots of bits to discover within each section. There are head options, different plumes, and your choice of ranged weapons to build from.  The detail shows the heresy lightning bolts, perfect for defending Terra and the Emperor. The full kit is 43 different parts. 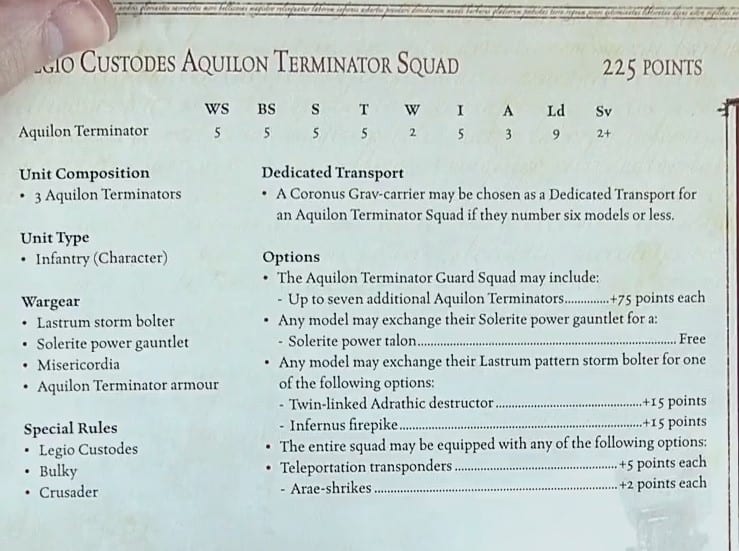 Rules for the Aquilon Terminators can be found in the Horus Heresy: Inferno book within the Elites section. The terminators are 225 points, have 3 attacks each, and have pretty good stats for hitting most things within the Horus Heresy. They come standard with the Lastrum storm bolter, Solerite power gauntlet, and the Misericordia (which has not been defined as what it does quite yet). There are several other upgrades available for the kit for additional points.

This kit, and more, are available at Forge World. To see all the features of this kit, plus review on the details, press play on the video below! 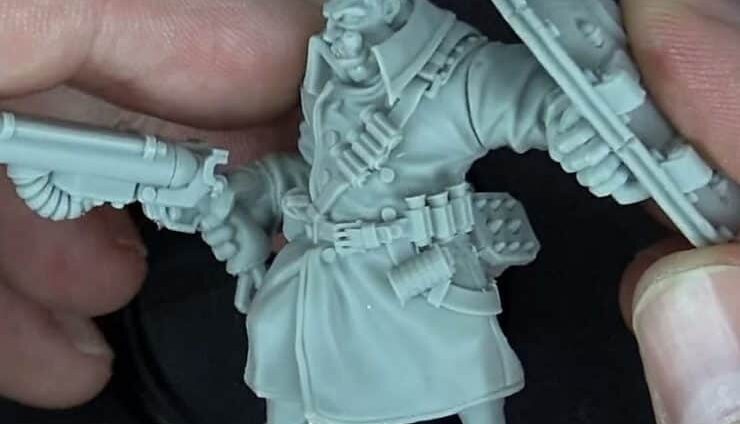 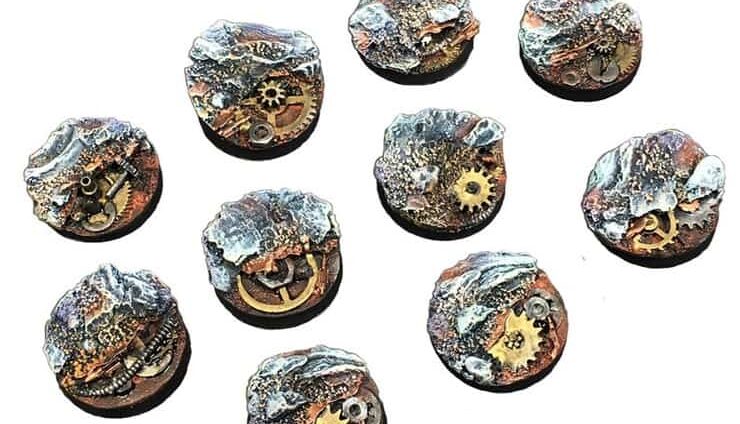 NEXT ARTICLE
New Tech Bases From Thor Miniatures »
If you buy something from a link on our site, we may earn a commision. See our ethics statement.