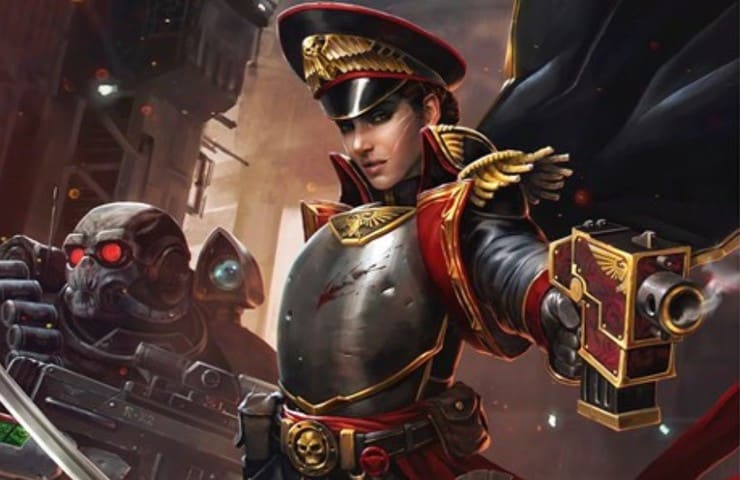 Guard players you will not want to miss this! Games Workshop just announced a new female commissar model that is coming in February!

Imperial Guard are one of the most popular factions in 40k’s races. They are everywhere on the tabletop in 8th edition and are actually a real force to be reckoned with. Well, Imperial Guard fans rejoice because a new female Commissar model is on the way from Games Workshop!

On the 23rd and 24th of February, Warhammer and Games Workshop stores across the world will be hosting their annual Black Library Celebration. It’ll be a weekend of adrenaline-fuelled fiction, with stores running events that retell stories from the novels. And, of course, there are going to be loads of new books, CDs and other goodies to pick up… 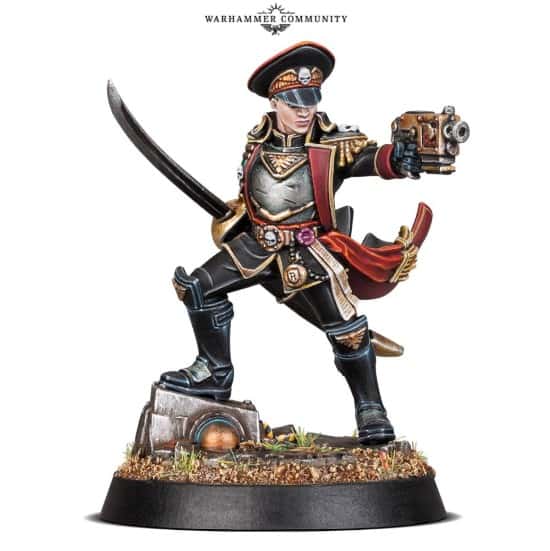 This fantastic model is your chance to add this devout Imperial hero to your collection. Her Black Library-themed box includes rules for using the resin miniature in your Astra Militarum army – and February’s White Dwarf will include the rules for using her as your Commander in games of Kill Team as well!

The Raine miniature is based on the cover art for a new novel also coming for the Celebration, Rachel Harrison’s debut novel Honourbound. 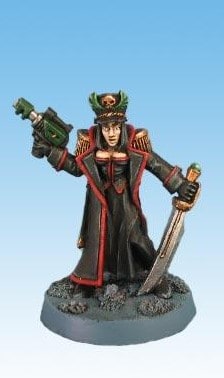 GW’s Female Commissar from the ’90s

One of these goodies, obviously being Severina Raine, a female Commissar model! The model concept itself is not new, but it is getting a welcome design and production update. Severina Raine herself is coming stock with her own 40k rules as she’s completely usable in your Astra Militarum force.

On top of that, in February’s White Dwarf, she’ll have her rules as a Kill Team Commander inside.

Black Library Books To Look For 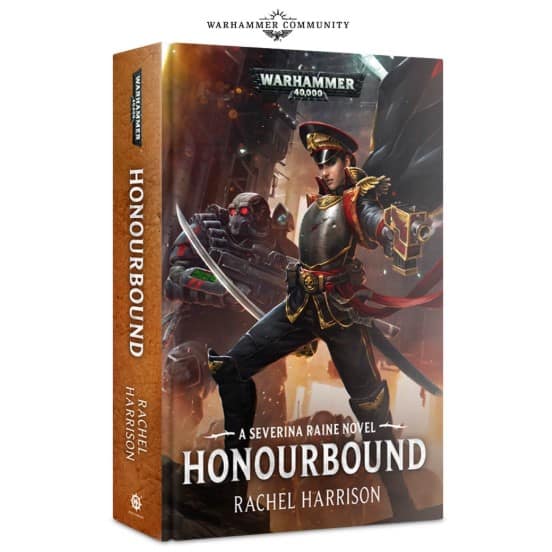 The novel sees Raine and her 11th Antari Rifles take their war with the Sighted to another level – and the cult’s machinations may expose secrets from Raine’s troubled past.

Honorbound tells the story of Severina Raine. The model is even based on the art of herself on the cover of the book. 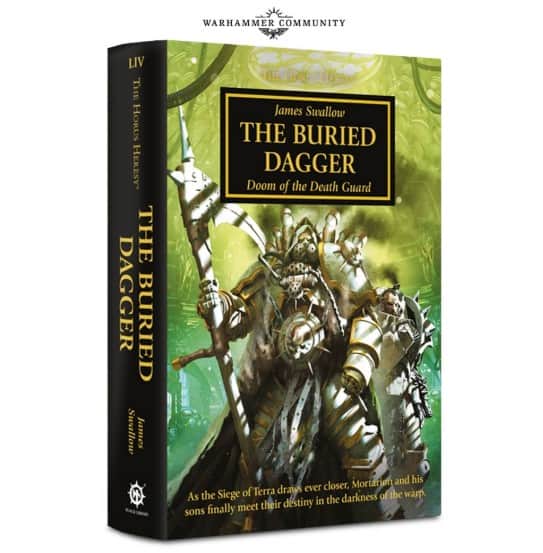 Fans of the Horus Heresy may want to grab The Buried Dagger in February. After thirteen long years of lore and events written down on the pages of over fifty books, the Siege of Terra is finally about to commence. The Buried Dagger is the final book before the siege actually begins. 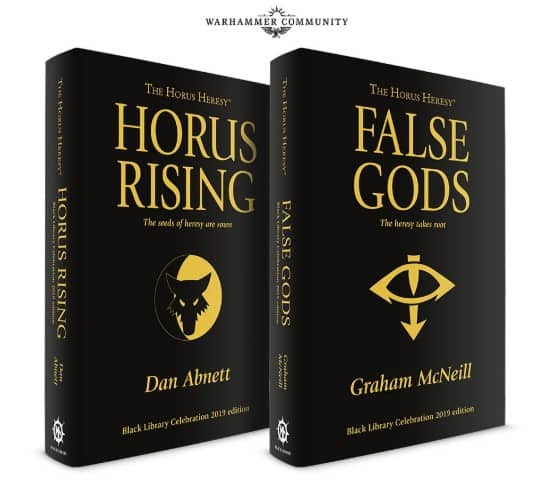 If you’re an old fan of the Heresy, you’ll be able to look back where everything started with Horus Rising and False Gods. There’s also going to be an additional short story in each of the newly designed black page-edged books. 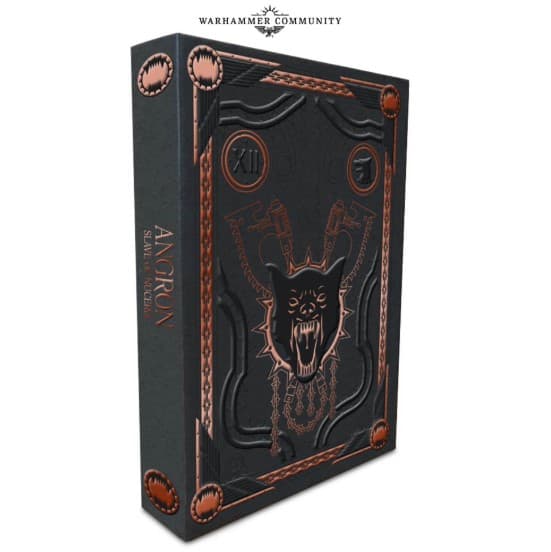 The weekend will also see the launch of Angron: Slave of Nuceria, the eleventh book in the Primarchs series. United with his World Eaters, Angron must adjust to life as a master instead of a slave. But as his life on Nuceria – and the constant pain from the Butcher’s Nails – haunts him, Angron insists on reshaping the Legion in his image 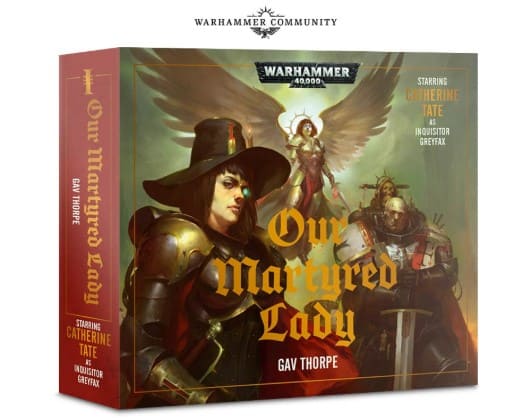 Are you a fan of the Inquisition and Sisters? Well, Our Martyred Lady is an audio drama of four hour-long episodes that tell the tale of Greyfax and Celestine attempting to stop a religious civil war from blossoming in the heart of the Imperium. 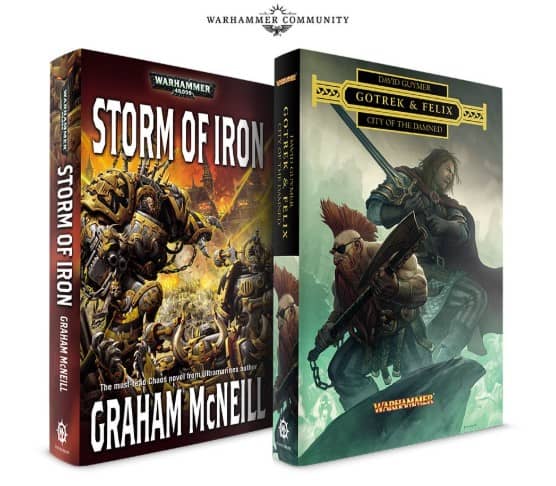 The classic Storm of Iron book is coming back to the shelves telling the story of the Iron Warriors testing the might of the Imperium. If you’re a real fan of iconic characters, however, Gotrek and Felix in the Age of Sigmar universe may be right up your alley.

Exclusives at the Weekend Celebration 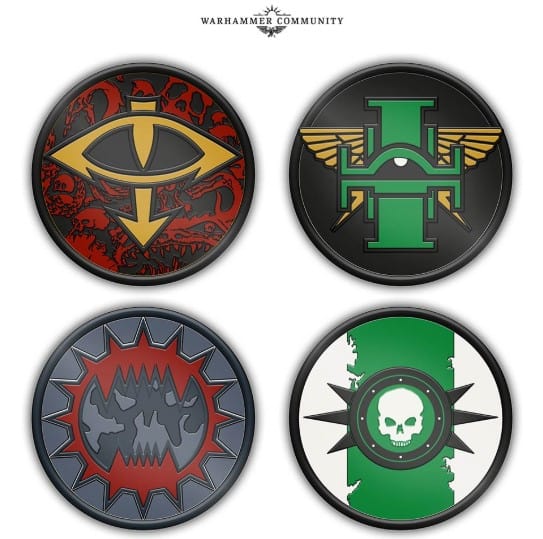 Again, for all you die-hard Horus Heresy fans, you’ll be able to pick up a set of coasters for your mugs at the event. This is just another thing to add to your Heresy caves! 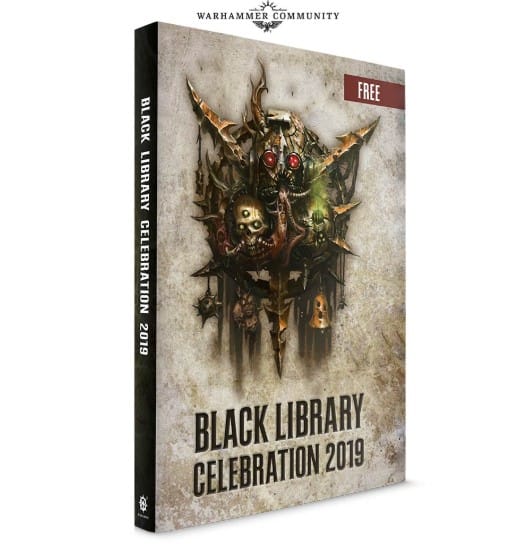 To really make things feel like a true celebration, they’ll be giving out free Black Library celebration books containing six total short stories (some of Severina and Mortarion). You’ll be able to get one of these with any physical order from Games Workshop or Black Library. -They will also have these in local shops.

…the Celebration will be starting early online. To whet your appetite, there will be a week of brand-new digital short stories building up to the weekend – six of them, several with links to the new releases, including a Severina Raine tale, a look at Mortarion in the aftermath of meeting the Emperor and the tale of Angron’s last stand on Nuceria.

We’ve got a lot in store for us in February. Whether you’re an Astra Militarum fan, a Horus Heresy die-hard, or just a Black Library connoisseur, there’s something for you.

What do you think about the new Female Commissar model? Can you think of what Kill Team rules she might have? Which book are you going to grab first? Let us know in the comments of our Facebook Hobby Group, and signup for your free hobby updates each morning as well! 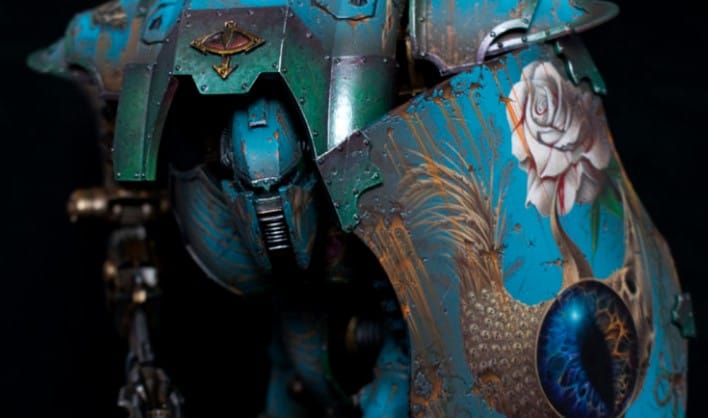 PREV ARTICLE
« Cult of Paint is Coming To The States: Learn From The Pros! 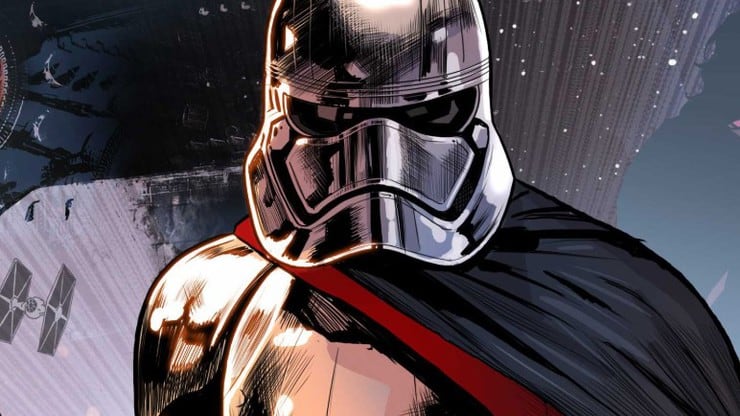 NEXT ARTICLE
Fanatical Phasma: Star Wars Destiny »
If you buy something from a link on our site, we may earn a commision. See our ethics statement.