He Puts the Dread In Dreadknight: Army of One Showcase 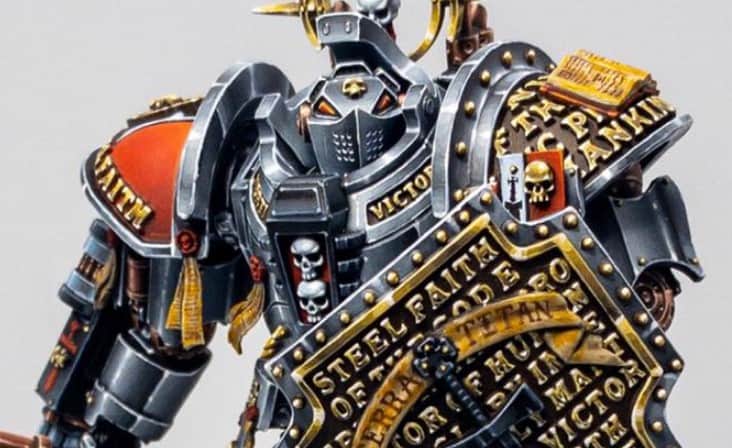 This Grand Master puts the Dread in Dreadknight-  check out this crazy 3D printed Deamonslayer model painted to perfection.

Coming from Joe “Papa Behre” Behrend, he’s continued to grow his collection with this new centerpiece. The Demonslayer model is a 3D printable kit from creator Antonia Bouras, that makes a great conversion for a lot of cool 40k walkers out there.

Editor’s Note: The owner of Spikey Bits has a financial interest in the printing and fulfillment of the DeamonSlayer-Knight

He Puts the Dread In Dreadknight: Army of One Showcase 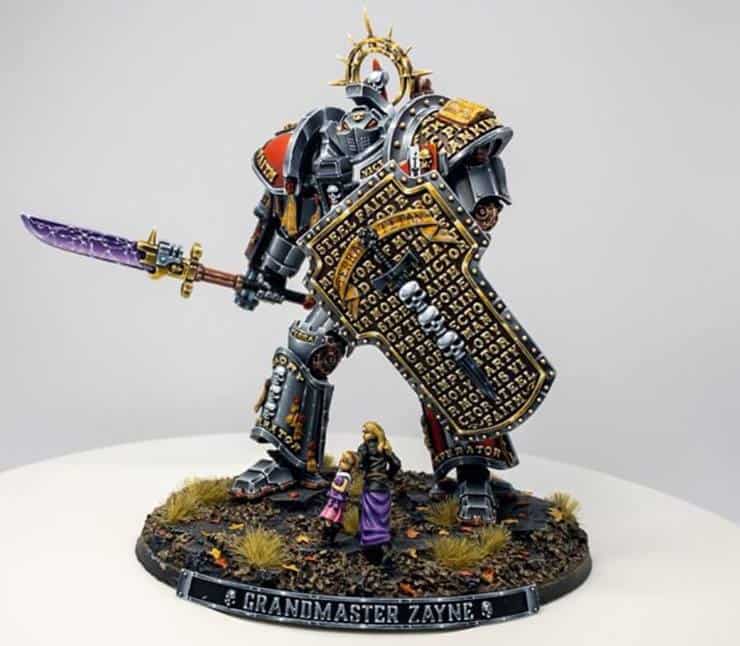 Joe painted up the DeamonSlayer-Knight model to his standard paint job to fit the rest of his Grey Knights force. Yes, that’s his “standard” paint job. Using a non-metallic paint effect over the armor, this kit glistens only by skilled highlight placement. 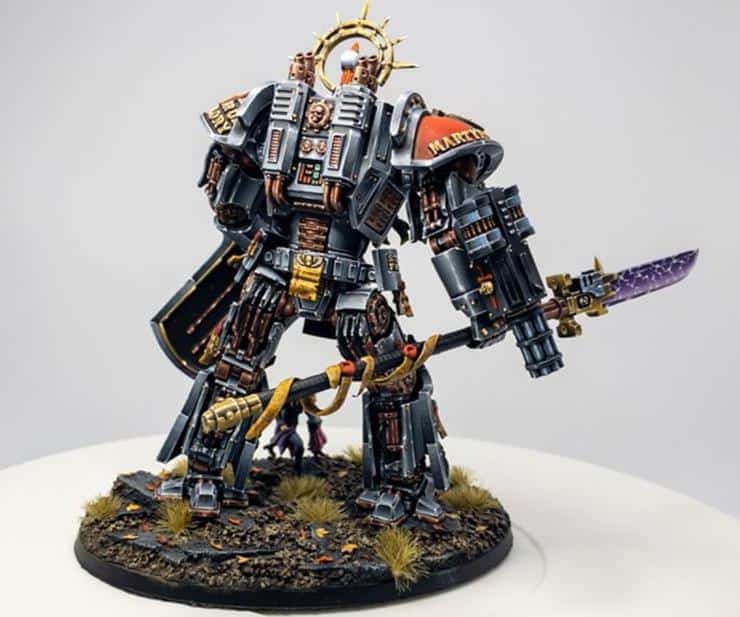 Getting a look from behind, you can see the massive dual-fed minigun on his arm with purity seals all over that halberd. Imagine what that thing had to be used for to get seals wrapped around the handle like that.

A Base That Tells A Story 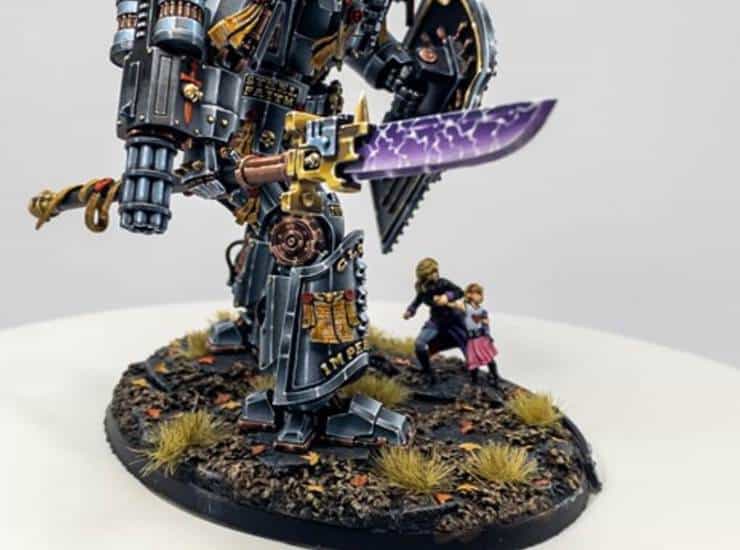 We’ve got purple lightning crackling off of the power weapon and a shield coming down just behind the two Imperial citizens running away from “probably” a big ol’ nasty Daemon. 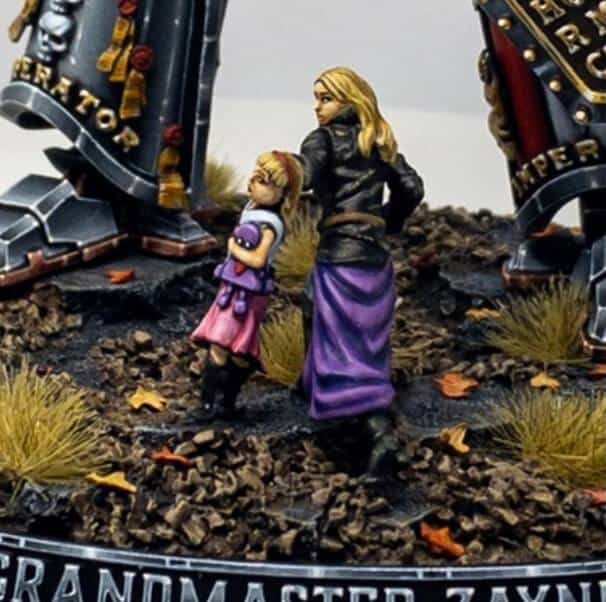 The base was done beautifully with tufts and leaves from Shadow’s Edge Miniatures. Plus, speaking of those tiny humans, they’re from Tatun studio and every last bit of detail was covered on them too. This really captures how some Chapters of Space Marines stick up for the helpless and stick their neck out for them where so many others would almost rather use them as cannon fodder. 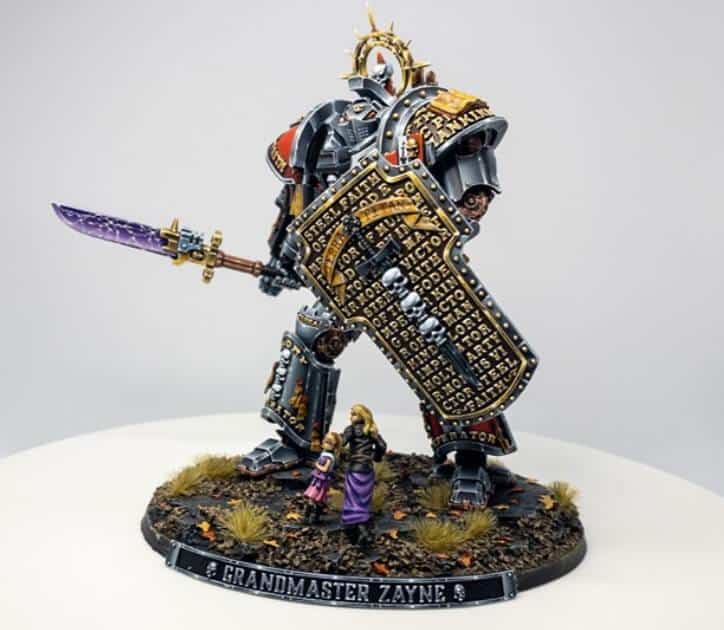 To top it all off, he threw the name of the dude in the warsuit on the base so he’ll stick out to players from game to game. Talk about making a name for yourself! You can grab your own nameplates from Versatile Terrain.

We’ve also got a video of the model in full 360 action if you want to get an even closer look at the detail.

This is an absolutely stunning model that’s unique in sculpt alone. But Joe took it the extra mile and gave it an incredible paint job just to flex it even more.

If you are after just the .STL files, they are available on Antonis Bouras’ Art Station right now!

What do you think about this Demonslayer kit to stand in for a Dreadknight? Do you have any practice using non-metallic effects? Have you used Imperial Citizens as basing detail before? 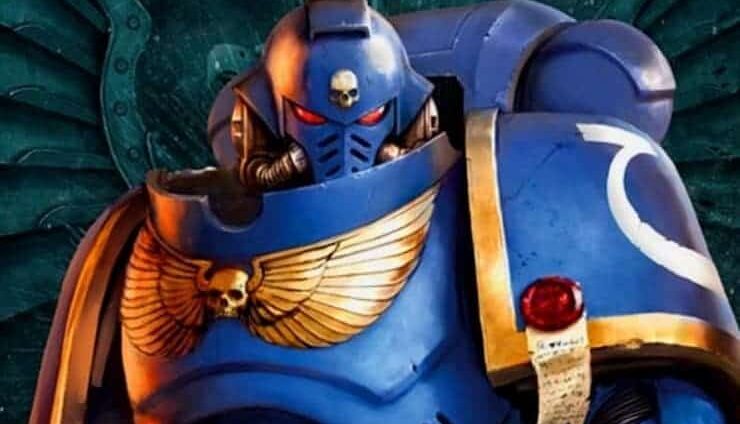 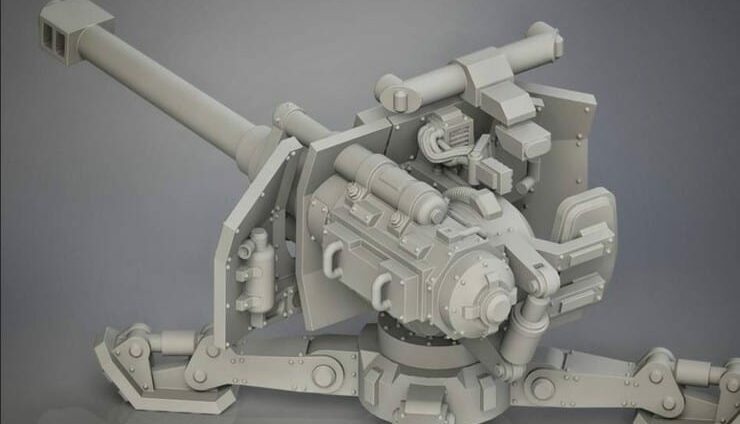 NEXT ARTICLE
Stationary Weapons From Mortian Join The Fight »
If you buy something from a link on our site, we may earn a commision. See our ethics statement.