AoS Shocker: Wait Teclis Is Going To Cost HOW MUCH? 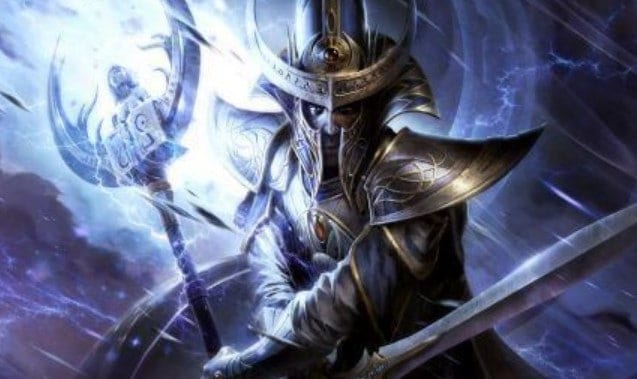 There is some serious sticker shock when it comes to the pricing cost for Teclis the supreme Lumith Realm-Lords new caster model.

We’ve just had pricing on Teclis confirmed by multiple retailers and the number might seem more than a little shocking at first. So we decided to try to figure out why it has had such a high value assigned to it. 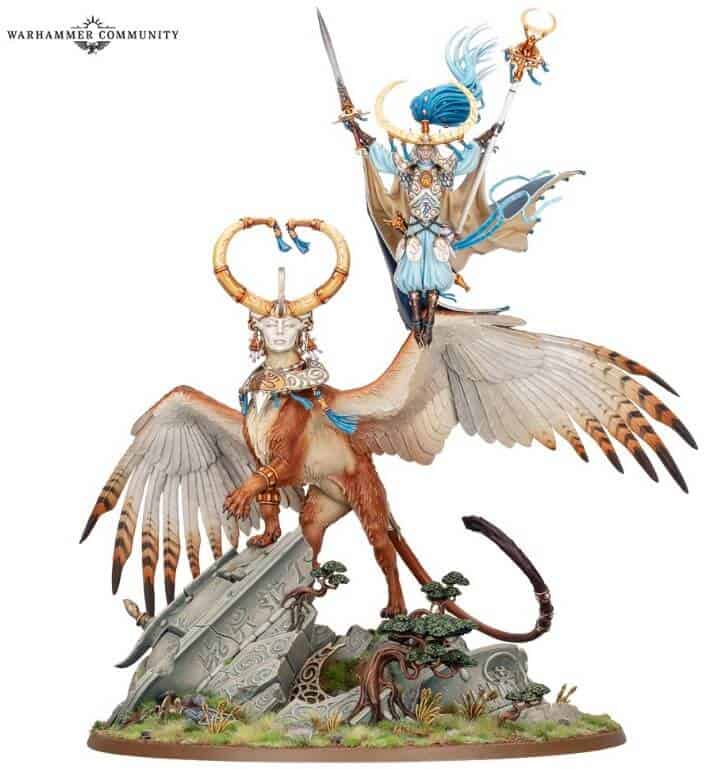 Teclis, the big bad God of the Elves that he is, is clocking in at $170. Now we gotta say, the ability to auto-cast four spells a turn at a 10 value as well as auto-dispelling a turn is pretty strong.

Rules are always one factor that could possibly weigh in on why any model is priced the way it is. However, let’s look at some other big Character models out there for the Age of Sigmar.

Katakros, the newest big baddy (behind Teclis) is basically Death’s new head honcho, under the command of Nagash of course. He came out last year and his model is only $110. 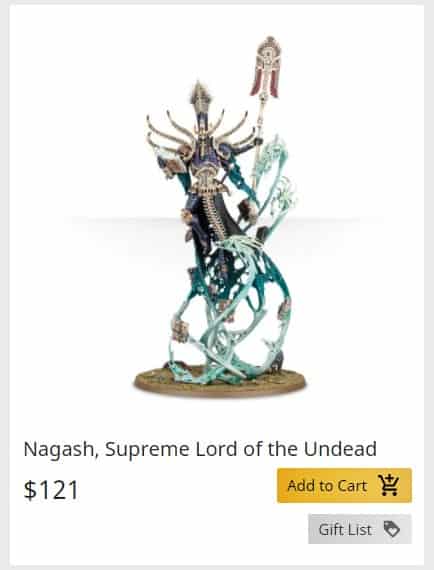 Speaking of Nagash, he’s a bit older but he’s also the supreme Death named character and his model is only $121. 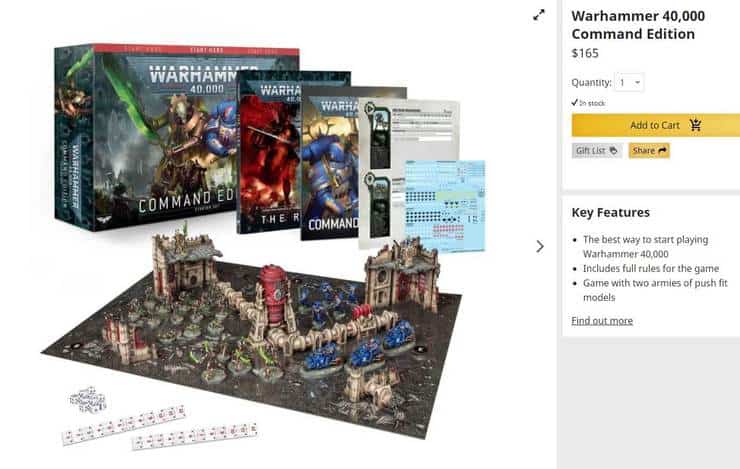 But is it really…

Now sure Tecilis is expensive but there are actually other $170 models out there from Games Workshop, Archaon, and the two dominus class Knights for example. Plus in the case of the Dominus class, you can actually have more than one in an army if you do it right.

Archaon, not so much… 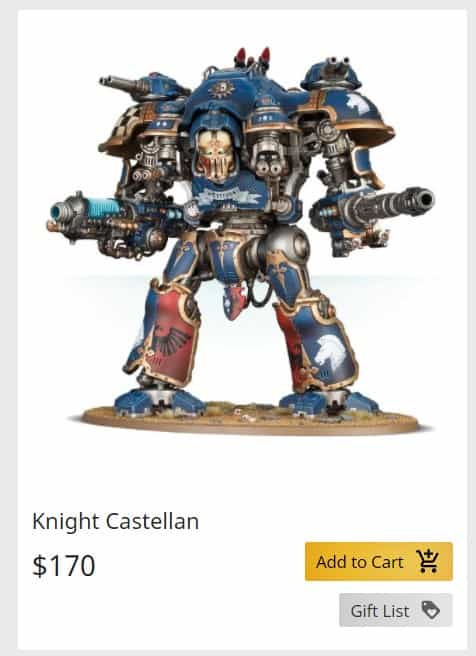 Another factor to a model’s pricing may come down to the point per dollar ratio on the unit. We know that Knights, and Archaon cost a lot on the tabletop points-wise right? 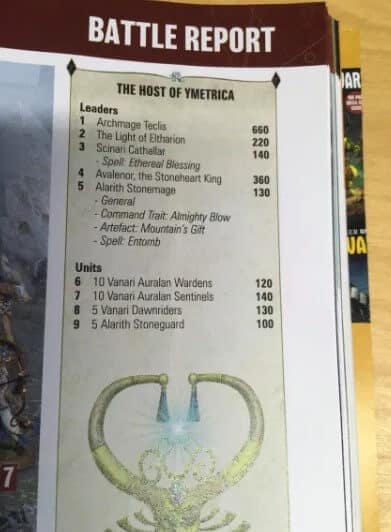 In the same way, Teclis is going to be taking up over a quarter of your list’s points by himself. However but when compared to the Sylvaneth’s Allarielle the Everqueen, he is 60 points more but she is $32 less retail wise. 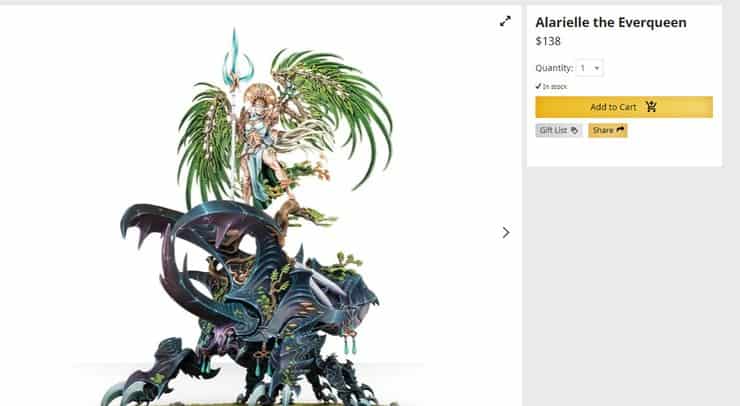 It’s all very interesting to watch the way GW prices certain models, as there really doesn’t seem to be any discernable pattern to it from these comparisons. But a pattern would be good to discover especially in the wake of increasing price hikes each year, as there may be a way to save future hobby dollars, by making purchases now…

What do you think about the pricing cost of Teclis? Is it about what you expected or way higher?

NEXT ARTICLE
New Conquest Minis From Para Bellum! »
If you buy something from a link on our site, we may earn a commision. See our ethics statement.