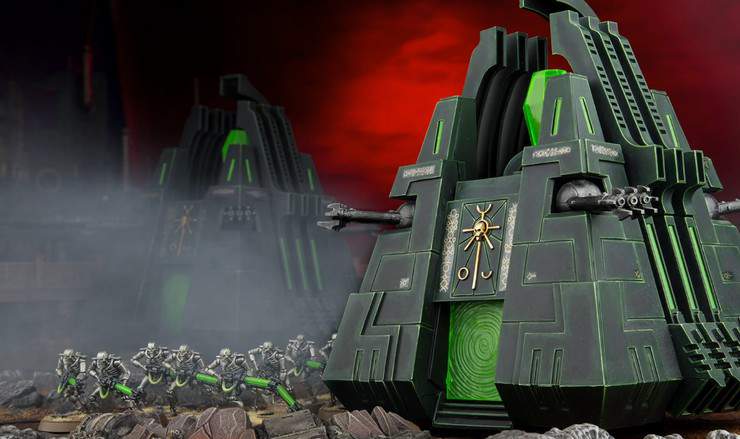 Necron Monolith Lore provides us some background on the massive floating monstrosities, and someday they may not be useless on the tabletop…

With a new model coming out amid all the Necron drops we wanted to take a look at the floating fortresses. While they may have been one of the most useless units in 8th, maybe 9th is the time they shine. Our hopes aren’t super high but you never know!

The Necrons are an ancient race who love entombing themselves, why shouldn’t they have a giant floating mausoleum?  Let’s jump into the minds of the ancient race and figure out how such a monstrosity works.

To say the Monolith is massive would be quite the understatement… The Monolith combines all the aspects of a transport craft, an armored destroyer, and a testament to the undying power of the Necrons. It’s like a Land Raider on steroids mixed with an Ultramarines banner.

Unlike a lot of transports, speed is not it’s forte. It floats slowly across the battlefield at its own pace, you don’t rush something that’s thousands of years old after all. The anti-gravity tech may not be fast, but it’s reliable.

The power for the whole thing comes from its crystal core. It not only allows it to transport units but also blasts the enemy with insane Gauss weapons. The lighting like power is harnessed through the myriad of weapon mounts all across the floating castle. 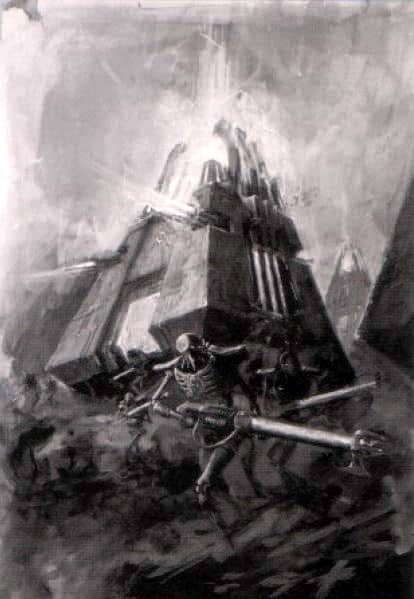 Striking Fear Into The Enemy

When a Monolith descends on a planet or battlefield, all enemies know their time has come. It can lay waste to entire armies on its own with its strobing weapons (well in the lore it can, in real life, not so much…). Any living enemies are reduced to their most base atoms when struck by its guns. And any metal object is flung apart by the great power unleashed.

Killing it is harder than finishing off a bed of cockroaches. After you’ve failed at killing this unkillable machine, it eventually drifts into your lines. Unleashing its payload of waves upon waves of Necron Warriors. They charge into all ready thinned out enemy lines and finish what the Monolith started. Even the most hardened of veterans will be struck into a state of fear by the floating fortress. 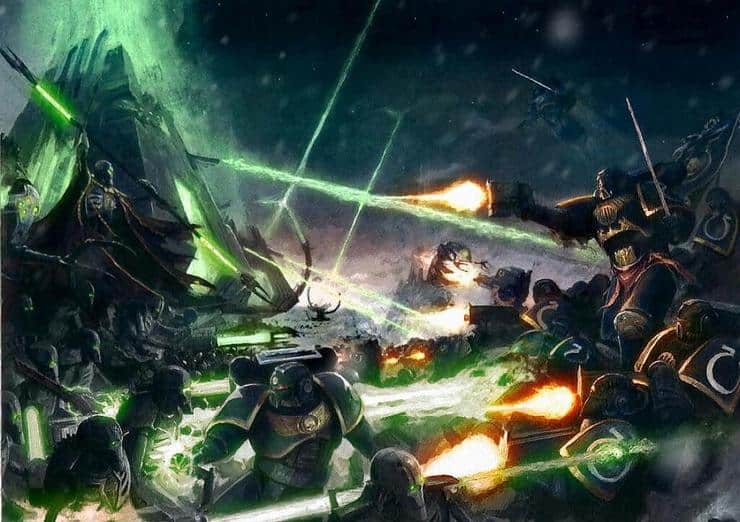 While it can dish out some serious firepower, its true strength lies in its durability.  Enemy shells and weaponry barely ding the surface of the machine. And when something does get through, its armor enacts self-repairs. Even giant rips in the hull can be repaired in seconds by its living metal. Where there were craters of damage, soon there is nothing but smooth armor.

But how does it repair so quickly and bring reinforcements to the front lines? It has a flickering wormhole at its core, known as an Eternity Gate. This connects the monstrosities to the Tomb Worlds of its homeland. Allowing it to repair with knowledge beyond itself and warp in Warriors from the tomb world instantly. A Necron Overlord can call for near-endless legions in seconds to warp in through the Monolith’s gate. A single Monolith and Overlord can drown a planet in Necron Warriors in minutes. 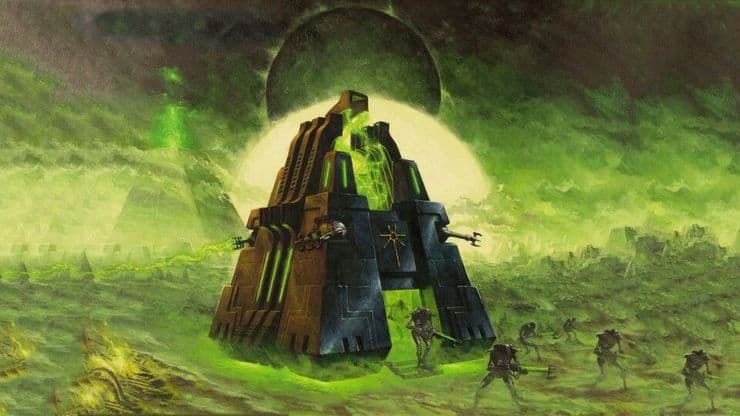 Will you be trying out the new model in 9th? We hope this lore inspired you to try them out and see if we can’t make them viable again!

More on the Necron Monolith 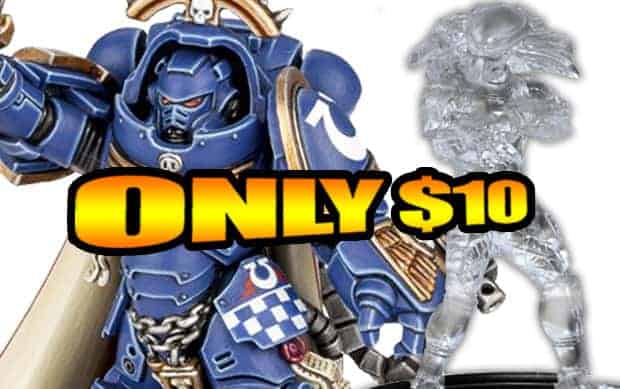 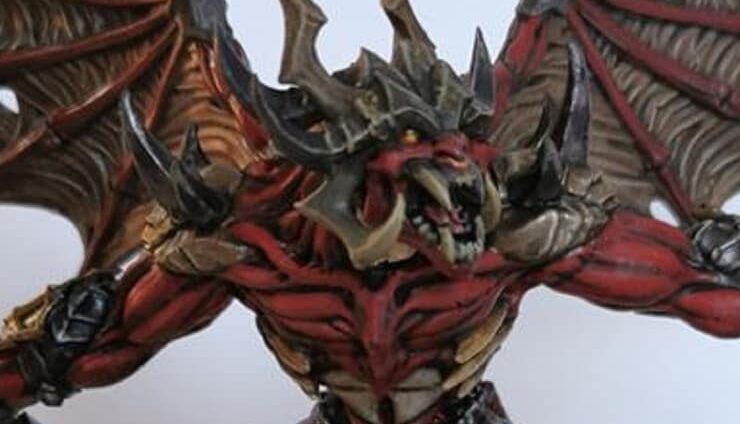 NEXT ARTICLE
The Demon King: Army of One »
If you buy something from a link on our site, we may earn a commision. See our ethics statement.