The new Skaven Vermin Lord looks to have quite a few new versions, let’s take a look at the so called the Great Deceiver!

Our friends at Astropate have a great translation of the rules, as well as leak of the pic in English as well! 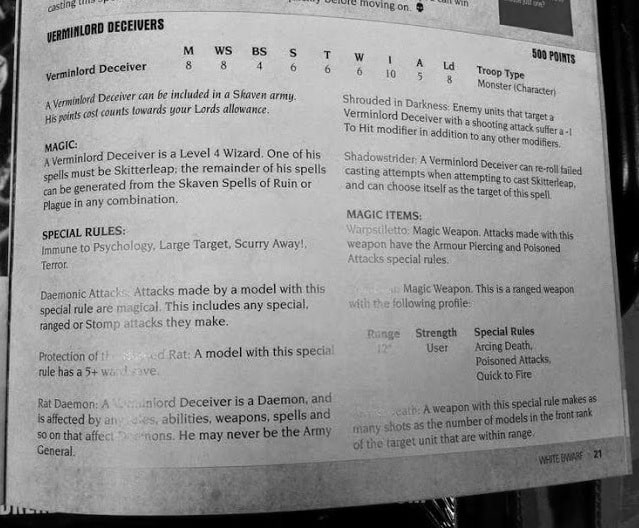 Came the rules of the Great Deceiver infested, one of the five options of assembly for this new kit. Not everyone knows the rules in English, so let’s see the translation.

Unfortunately there is a word not visible due to the reflection of light on the page, but it’s just the name of a magic weapon, then you will not find a rule truncated. 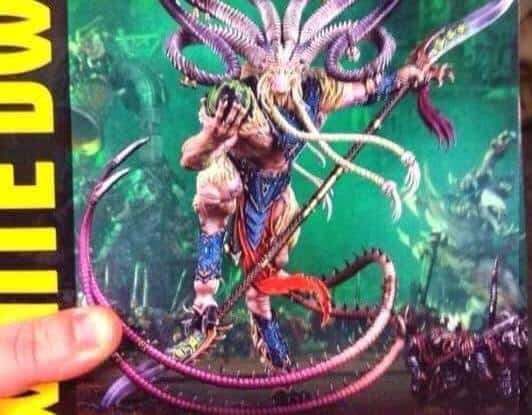 M8 AC8 AB4 FO6 R6 FE6 I10 A5 D8 type you Troop : Monster Character A Great Deceiver infested can be included in a Skaven army.

His point cost falls within the maximum affordable for Lords. MAGIC: A Great Deceiver infested is a Wizard of Level 4. One of his spells to be Agile Dodge; the remaining can be generated by Knowledge Skaven Plague of Ruin or in any combination. SPECIAL RULES: Immune to Psychology, Large Target, Terror, Street Racing!Daemonic Attacks : Attacks made ​​by a model with this special rule are magic. This includes any special attack, and draft Trampling.Protection of the Horned Rat : a model with this special rule has a saving throw 5+. Demon Rat :

A Great Deceiver is a demon infested and is influenced by any rule, skills, weapon , spell, etc. that affect the Demons. Can never be the General of the Army. Wrapped in the Dark: enemy units that target the Great infested with a shooting attack suffer a -1 modifier to the attack roll, in addition to any other modifiers. Walker of Darkness : A Great Deceiver infested can repeat attempts failed to launch the spell Agile Dodge and can choose himself as the target of the spell. MAGIC ITEMS: Stiletto Warp : Magic Weapon. Attacks made ​​with this weapon have special rules Armour Piercing and Poisoned Attacks. ??? : Magic Weapon.

This is a missile weapon with the following profile: Range 12 ” Strength User Special Rules Death in Arco, Poisoned Attacks, Quick Shot to Death Arco : a weapon with this special rule carries out a number of attacks equal to the number of models in range that they are in the front rank of the target unit. In addition to the complete rules of the Great Deceiver infested, there is some small detail on other Great infest. – All the Great infest have I10 – The third type is called King of Great infested worms Skreech – The King of Worms Skreech always knows the Thirteenth Enchantment and repeated shots failed to launch. – 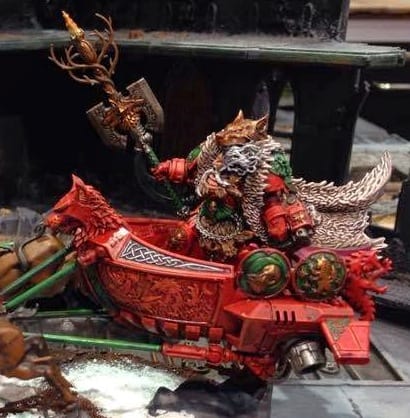 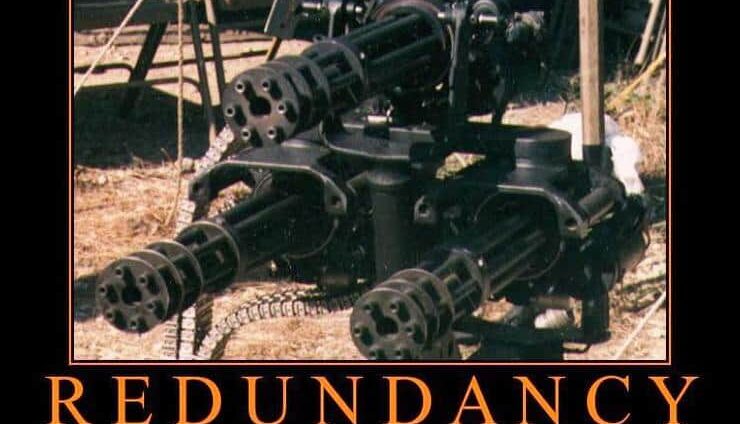 NEXT ARTICLE
Accept NO Substitutes! – Pic of the Day »
If you buy something from a link on our site, we may earn a commision. See our ethics statement.