The First Death of Sanguinius – Emperor VS. Horus 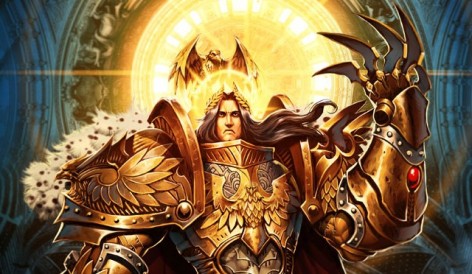 Every story has an origin, and for many this Mike McVey Diorama was what kicked off Horus Heresy fever for the last 25+ Years.

Way back in the day master builder/painter/converter Mike McVey (yes that McVey) made this Diorama while he was at Games Workshop, and it’s been the basis for countless stories and art for this epic period in 40k history. 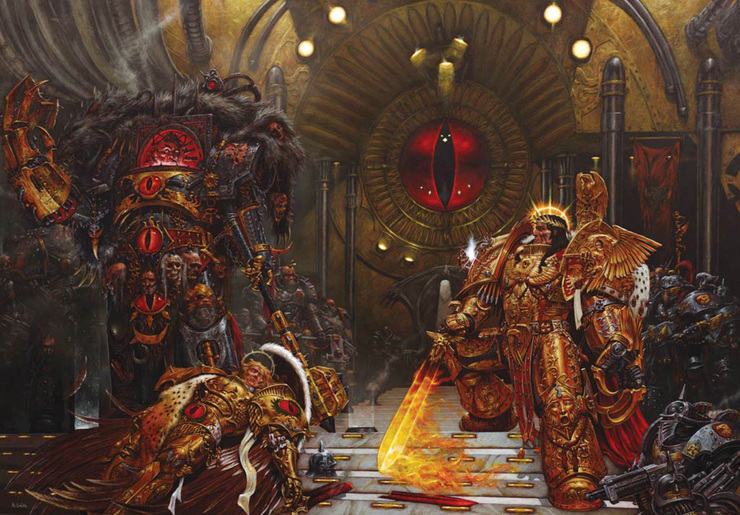 It was originally showcased in White Dwarf #45 – checkout that old school Heresy fluff as well! 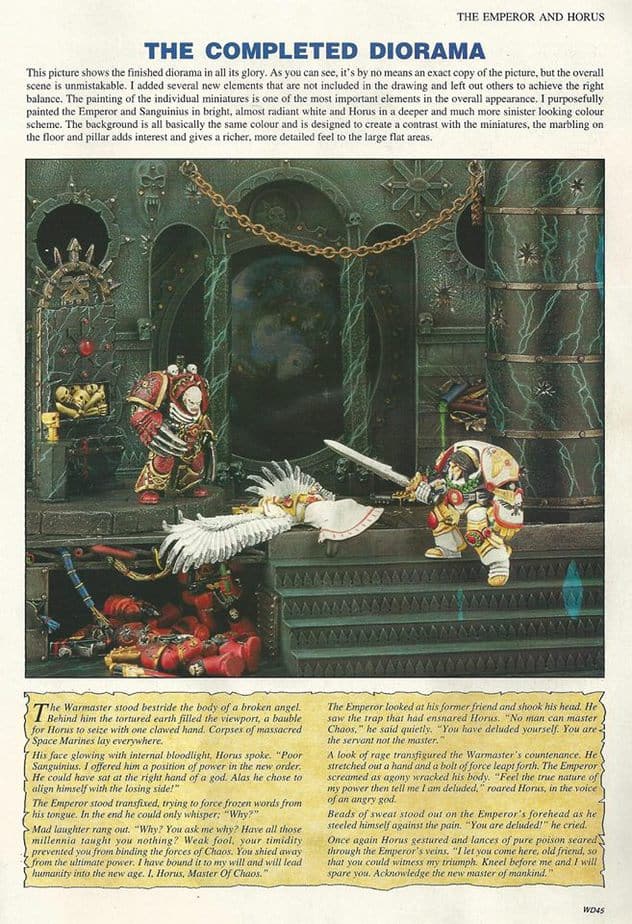 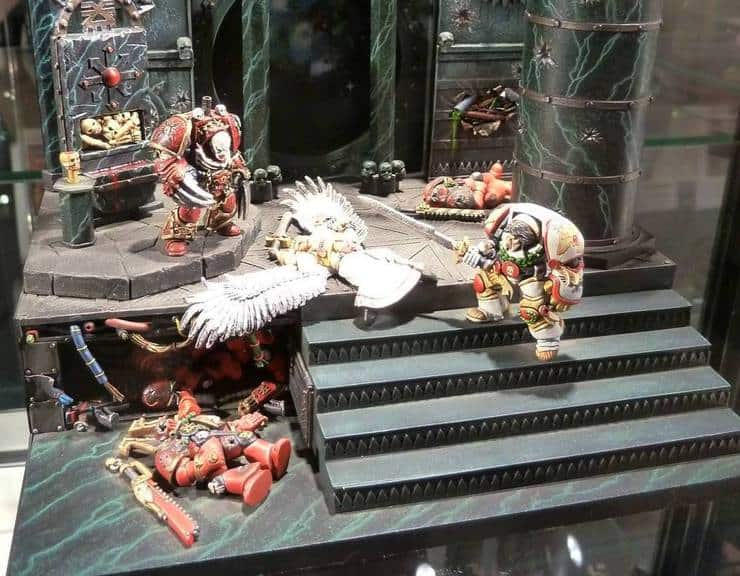 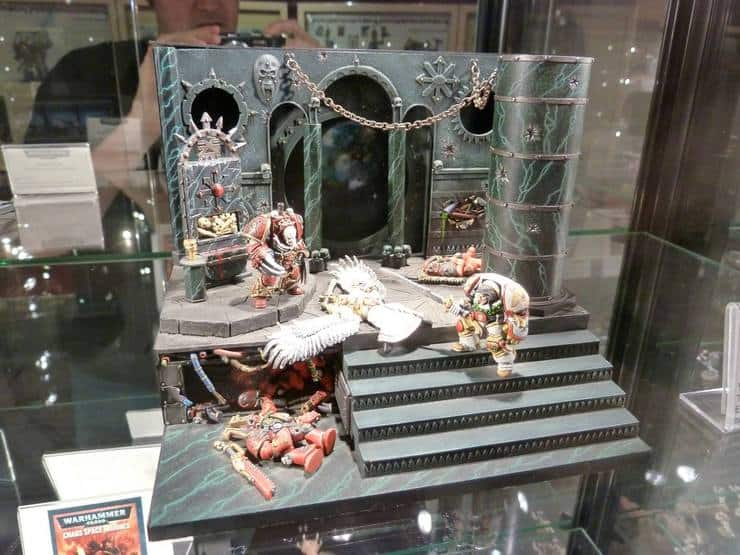 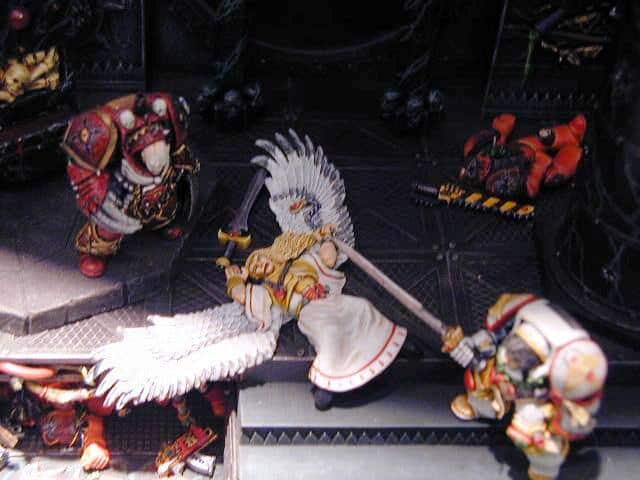 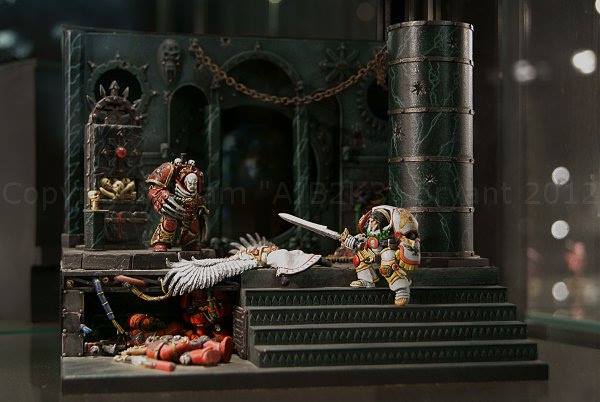 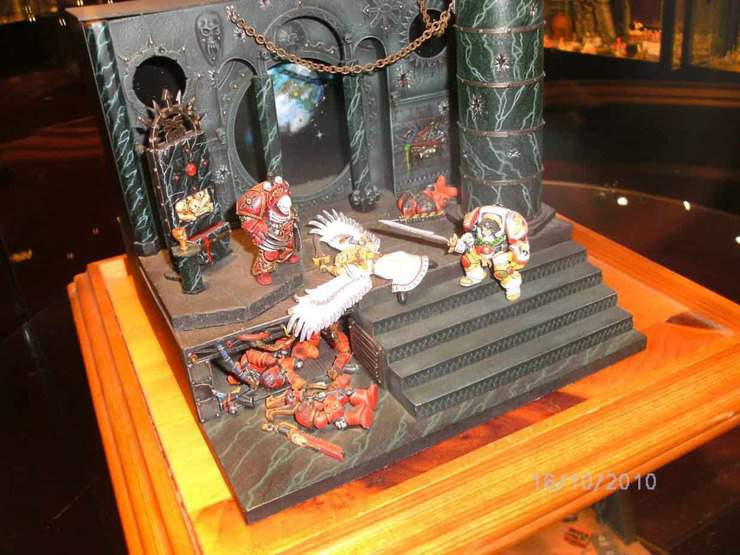 After years of bitter fighting, Horus and his forces finally arrived at Terra, capital of humanity. First Horus and his forces destroyed Luna‘s naval bases, and within thirty days had destroyed the Terran system’s defences. Terra was bombarded and devastated.The corrupted Marines eventually landed on Terra, experiencing heavy resistance from the defenders. Among these loyalists were Blood Angels, Imperial Fists and White Scars. The loyalists were outnumbered and the battle for Terra turned into a siege of the Imperial Palace. By the fifty-fifth day the rebels had reached the walls of the Inner Palace. Horus, who had remained in orbit aboard his battle barge, was at that point warned that the rest of the loyalist Legions were returning to Terra and would arrive in hours. The Ultramarines were pushing their way to Terra, along with the Space Wolves and the Dark Angels. If this were to happen, Horus’s advantage in numbers would be diminished. He let down the force field protecting his battle barge to lure the Emperor in a final battle that would decide the war.

The Emperor saw this opportunity and teleported to the Warmaster’s battle barge with two of his Primarchs, Terminator-armoured marines of their Legions, and a number of Custodes. The Emperor’s forces were scattered through the ship upon arrival and forced to battle their way to find each other. Sanguinius found Horus first. Horus was at the height of his powers, augmented with the blessings of all four Chaos Gods and the god-like powers he had acquired during the Battle of Molech, and Sanguinius was slain. Horus stood over the Primarch’s body as the Emperor found him. After a long and gruelling battle, the Emperor was successful in defeating Horus, but he himself was mortally wounded. The Emperor survived long enough to be transferred to the Golden Throne – a strange mechanism that would allow him to survive forever in a state of undeath. Via our friends at Lexicanum

Checkout the rest of our Flashback Articles

What conversion(s) have inspired you in the hobby? -MBG 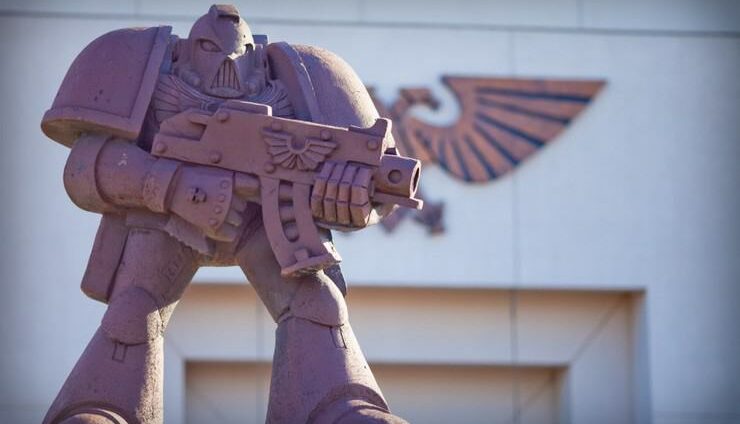 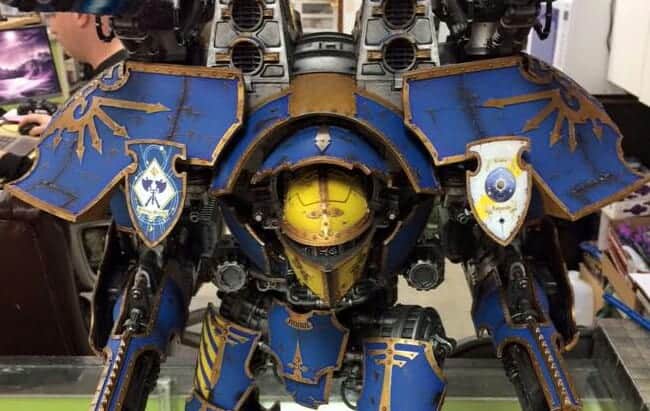 NEXT ARTICLE
Who Needs Tanks? Titan Army of One »
If you buy something from a link on our site, we may earn a commision. See our ethics statement.