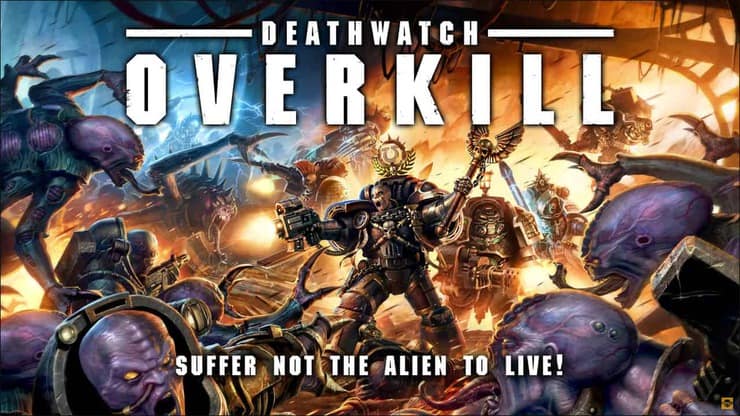 COME AND GET IT! Don’t miss this first look at the new Deathwatch Kill Team Cassius sprues, and some insights into what GW has planned for the future. 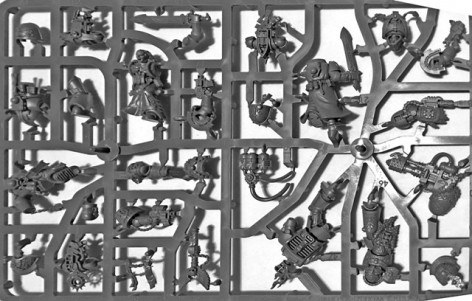 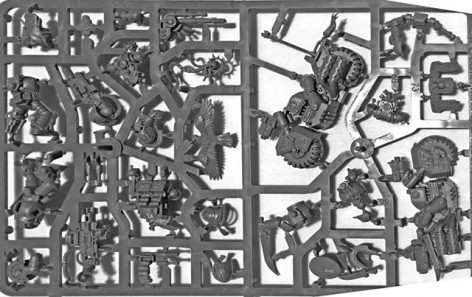 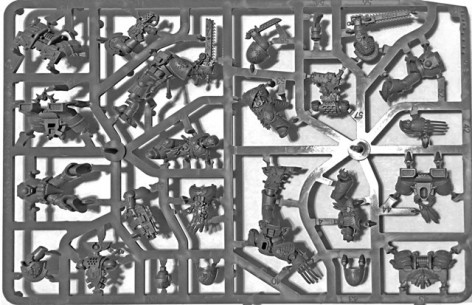 Here’s some things that stand out from the sprues of the new Space Marines:

Source: Games Workshop
DEATHWATCH: OVERKILL – WHAT’S IN THE BOX?
A brand new game in a box, telling the story of the discovery of the Warhammer 40.000 Genestealers Cult (Tyranids). The box contains:
50x brand new highly detailed plastic miniatures, with lots of little details depicting character background information.
The miniatures have a dynamic single pose and will require glue and assembly (they are not push fit). The miniatures can be divided into two camps: 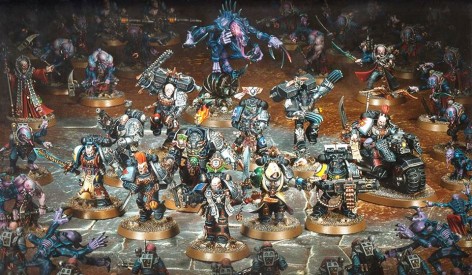 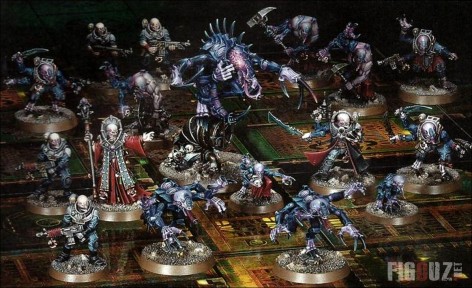 The Genestealer Cult
A brand new Warhammer 40.000 fraction! The below list of miniatures make for addition to an original Tyranid army, an allied detachment to another army, or a great start for a brand new Tyranids army! This box contains the following Genestealers Cult miniatures

Wow what an incredible set of sprues, yes? So I’ll admit I was wrong thinking that these would come on separate “clampack-able” sprues for later re-release. But to be honest I can see them perhaps being able to “drag and drop” these designs into production on a moment’s notice, however we’ve never seen existing sprues get reconfigured into Clampacks thus far.

Either way, a great looking line-up of Space Marine heroes is one the way from Games Workshop, in a convenient boxed form!

Checkout all EIGHT of the new Deathwatch Dataslates, and a bunch more on the boxed game itself over on our Deathwatch Roundup NOW! 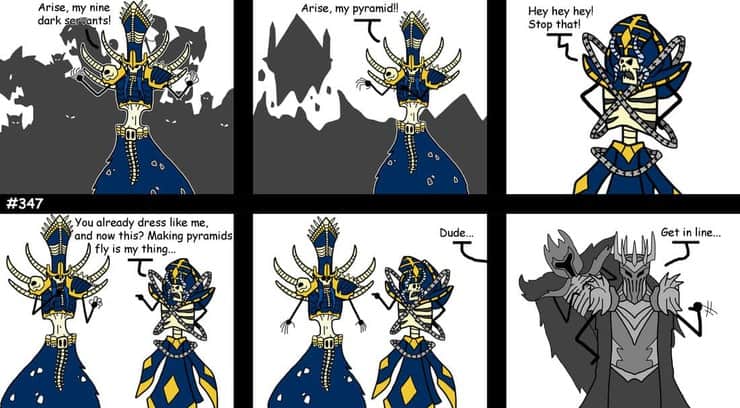 PREV ARTICLE
« The End Times? – Pic of the Day 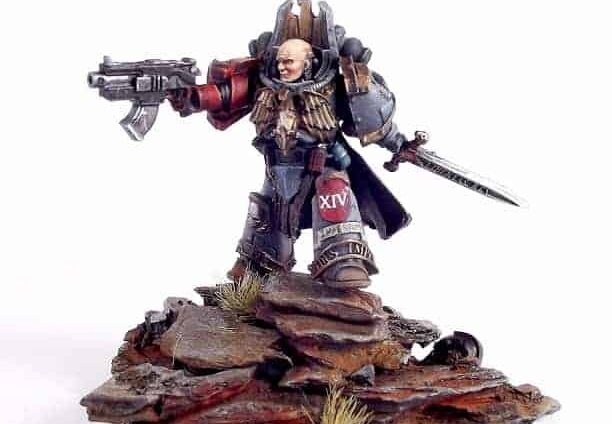 NEXT ARTICLE
Big Damn Hero – Nathaniel Garro & Libertas Rex »
If you buy something from a link on our site, we may earn a commision. See our ethics statement.