LORE: How Many Different Knight Titans Are Out There? 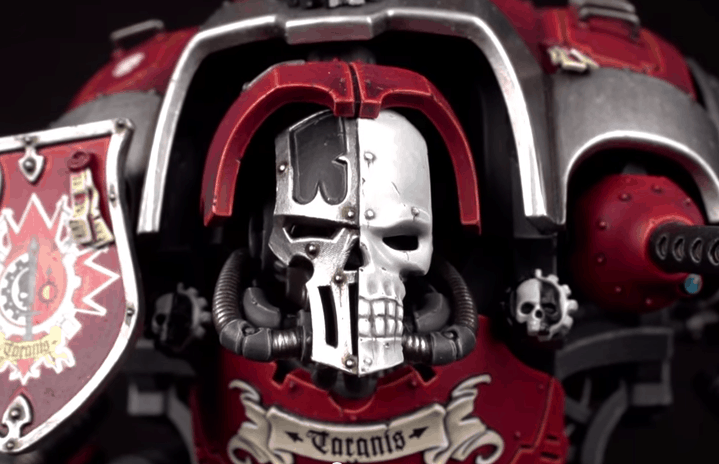 Source: our friends at Lexicanum

Knights are smaller and less powerful one-man versions of Imperial Titans. Knights are smaller than Warhound Scout Titans, and can only mount one Titan-class weapon. These can range from Vulcan Mega-bolters to Volcano cannons. Knights themselves are operated from Knightly Houses located on Knight Worlds. Pilots of Knights are known as Knight Scions.

During the Age of Strife, the Priests of Mars sent out many expeditions of spacecraft, hoping to find remnants of human knowledge on other worlds. They found an anarchic galaxy where the ancient confederacy of interdependent human planets no longer existed. The human worlds discovered retained little of their old technology. They had devolved into feudal states ruled by aristocratic nobles who welcomed the Techpriests as long-awaited saviours. The Tech-priests settled among these feudal empires, or Knight Worlds, choosing planets that were mineral rich where they could rebuild their industries. They established contacts with the Knights, trading with their worlds and investigating the ancient ruins where surviving technology could still sometimes be found. The Knights provided manpower and security against enemies such as marauding Orks and land-hungry Eldar Exodites. In return the Tech-priests provided technical expertise and help rebuilding their planets.

Over the millennia the Forge Worlds became powerful and the Knight Worlds flourished under their wing. The Tech-priests and Knights became mutually dependent and each Forge World became the hub of an empire consisting of a Forge World and its surrounding Knight Worlds. The Knights learned much from the Tech-priests and their societies were gradually transformed into technically sophisticated cultures. Many of the Forge Worlds managed to maintain sporadic contact with each other, and the Tech-priests’ obsession with knowledge ensured that discoveries on one world were distributed to others throughout the galaxy.[Needs Citation]

The most important innovation that the Tech-priests brought to the Knight Worlds were the fighting machines called Knights. These machines were one-man versions of a Titan, much smaller and less powerful than a real Titan, but far better suited to the mobile style of warfare prevalent amongst the nobility of the Knight Worlds.

In the current Age of the Imperium, these Knights fight alongside the Titans and form a reserve of troops which can be called up into the Titan Legions when required. Each Knight is piloted by a noble of the Knight Worlds, these worlds having maintained their feudal societies over the millennia. Indeed, the acquisition of technology enabled the warrior nobility to strengthen its position of power on their worlds.

Organization of a Knightly House sworn to the Adeptus Terra

Organization of a Knightly House sworn to the Mechanicum

The Knight Worlds operate under a strict feudal system. A sub-class called the Drovers looked after the animal herds, as the nobility would not soil their hands with such work. The Drovers used walkers similar to those of their masters, but they were, by law, not armed with any weapons, despite the fact that they faced very serious threats in the form of predators and xenos raids. This forced the Drovers to rely on the Knights for protection, and created a dependency comfortable for the nobles, as it made revolt virtually impossible.

In addition to the Knight war machines, every House had multiple men-at-arms in its employ, resembling Planetary Defence Forces, although possessing a much smaller amount of heavy equipment. On several worlds, artificers and technicians became the most important subjects of the warrior nobility. They maintained the Knight walkers, and over time styled themselves as a priesthood for the half-forgotten mysteries of technology called the Sacristans. They arbitrated between the Knight Houses and ensured that the headstrong nobles did not wipe out one another in bitter feuds by ritualising the values of Duty, Honour and Valour. With the acceptance of these values, the Knights became known as The Chivalry.

In addition to the threat presented by hostile Houses, Knights had to conduct frequent battles against their worlds’ indigenous predators. Hunting these beasts honed their martial skills into a deadly art. The Knights themselves would retire when they reached old age, passing their Battle Armour down to their heir, and in its stead donning the armour of a Knight Warden. They would then take the task of protecting the household and lending its members their advice. Knights form family units to fight with the Titan Legions or alongside the Imperial Guard. Knights of a given house would be led by a noble holding the rank of a Lord, or the corresponding title of a Seneschal if he happened to be a Warden.

Some Knights do not owe allegiance to any House, and instead wander the galaxy as Freeblade Knights. Knight armour comes in a variety of forms, with the two most common types seen being the Knight Paladin and Knight Errant. These both use the same basic body form but are fitted with different weapons arrays. However all Imperial Knights are protected by thick adamantium armor and potent field generators called Ion Shields.

Other, much rarer, types of Knight armour are used on some Knight worlds. Amongst the heaviest types of Knight armour made by the forge worlds are the Crusader and the Castellan. Although slower than other suit types, these two benefit from substantially increased firepower and much thicker armour, and are instead used in a fire support role. The Lancer is a faster version of a standard Knight suit. These agile machines are used to outflank the enemy, scout out their defences and distract hostile forces while slower units get into position to attack. This type of armour is sophisticated and extremely difficult to manufacture, and its use is therefore usually reserved for rulers of knightly houses, or for Nobles that have proven themselves worthy of it in the fires of victory. However, while the Crusader, Castellan and Lancer are rightly revered, the Paladin and Errant’s perfectly balanced combination of speed, firepower and armour make them the supreme examples of Knight design. Find our more about the Knight Titans 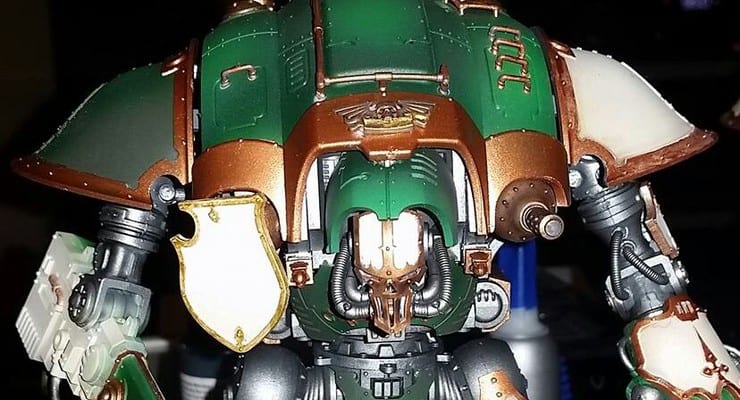 PREV ARTICLE
« All the Knight Titans – Super Heavy Army Of One 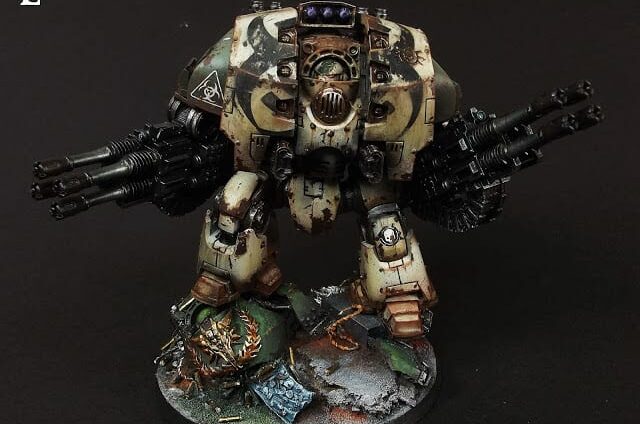 NEXT ARTICLE
Oozing With Heresy – Death Guard Leviathian Commission »
If you buy something from a link on our site, we may earn a commision. See our ethics statement.