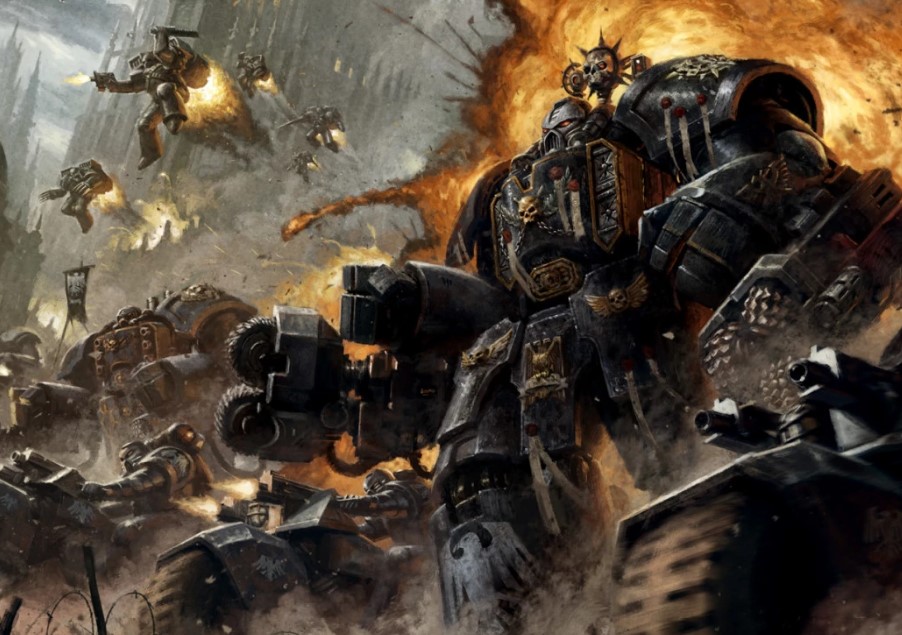 The Raven Guard, the sons of Primarch Corvus Corax, excel in guerrilla combat and are known for their unrivaled stealth and precision.

The Raven Guard were the XIX Legion of the original Space Marine Legions. Their Primarch is Corvus Corax. Their homeworld is Deliverance (originally named Lycaeus), a moon which orbits the Hive World Kiavahr. The Legion was devastated at the outbreak of the Horus Heresy and survived only by the most desperate of measures. The Raven Guard specialize in guerrilla warfare, moving behind enemy lines with unrivalled stealth, and striking with precise application of force. Originally founded as the XIXth Legion, the Legion was used by the Emperor as his hidden hand in its early years during the Unification Wars on Terra. The original recruits of the Legion were firstborn sons drawn from tribes of savage yet technologically adept Xeric warriors of the Asiatic Dustfields, which regularly battled with the much larger Yndonesic Bloc. 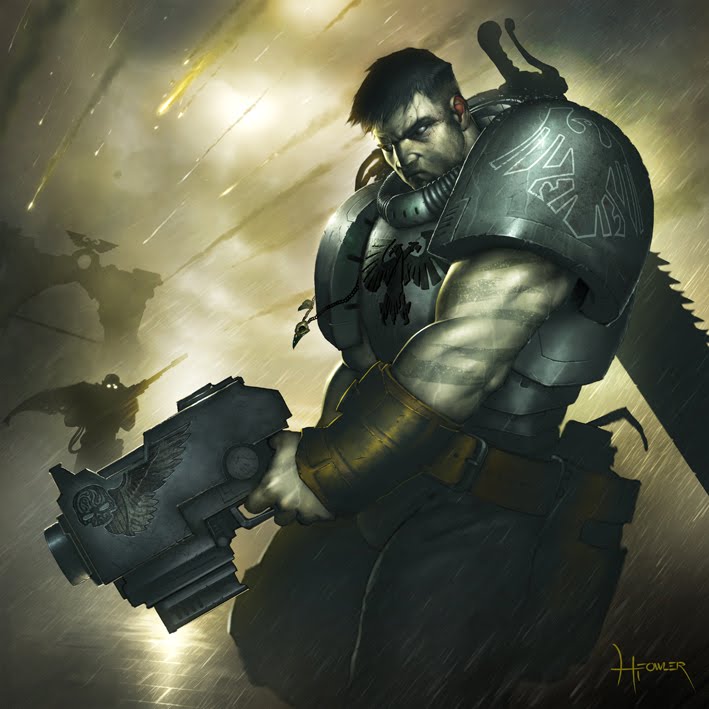 In its earliest days, the XIXth Legion was used for infiltration, reconnaissance, and target identification operations. The Legion was covertly used to quickly annihilate any faction which refused to submit to the new Imperium, striking from the shadows without warning. One of the earliest known campaigns by the Legion was the conquest of the central Asiatic region, which was ruled by a tyrant known as Kalagann of Ursh. They won many battle honors on Terra, and later took part in the expansion of the Imperium into the rest of the Sol System, liberating Jupiter’s moon of Lysithea from xenos. The battle on Lysithea proved costly for the Legion however, and for many years after veterans of the battle wore Jovian runes in its commemoration.

In the early days of the Great Crusade, the Legion found itself in the shadow of Horus and his Luna Wolves. While Horus valued the XIXth greatly, the Legions forces were largely serving as support troops for the Wolves. The Legion’s Primarch Corax was not reunited with the Legion for nearly two decades. When the Emperor discovered Corax on Deliverance, he had just liberated the moon from Kiavahr Forge-Guilds by using nuclear weapons. The first meeting between Corax and the Emperor is shrouded in mystery, as the two spent a day and a night in private discussion, with no records kept about the conversation’s contents. At dawn the next day though, Corax agreed to take command of the Legion, on the condition that Kiavahr be conquered and brought into the Imperial fold. 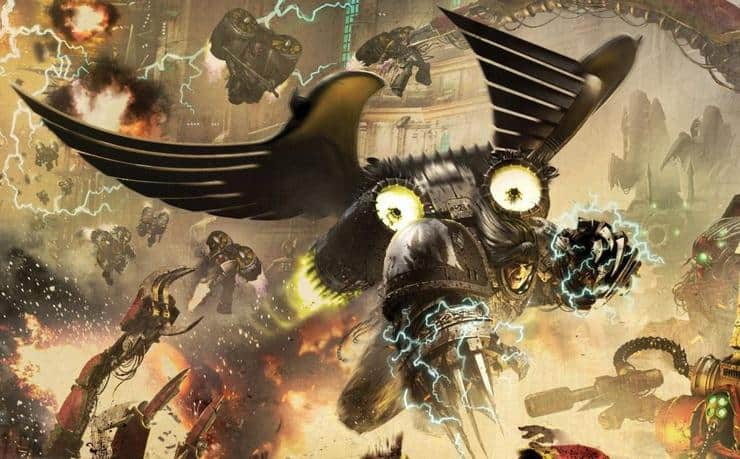 The Great Crusade was already a century old by the time Corax took command of his Legion, but quickly imposed his style of war he had learned on Deliverance on his new troops. Stealth, swiftness, and guile were impressed on a Legion already renowned for its reconnaissance and rapid-strike capability. In particular, the old ways of the Xeric tribes were purged. Corax also was disheartened by the way his Legion had been used as a repression, counter-insurgency, and occupation force; not unlike what he had fought against himself. He purged the Legion of its old commanders, such as Lord Arkhas Fal. Corax also used factories on Kiavahr to commission several vehicles unique to his forces, most notably the Shadowhawk, a stealth variant of the Thunderhawk as well as the Whispercutter. 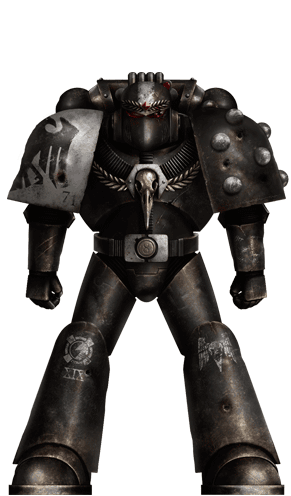 Read More About the Raven Guard 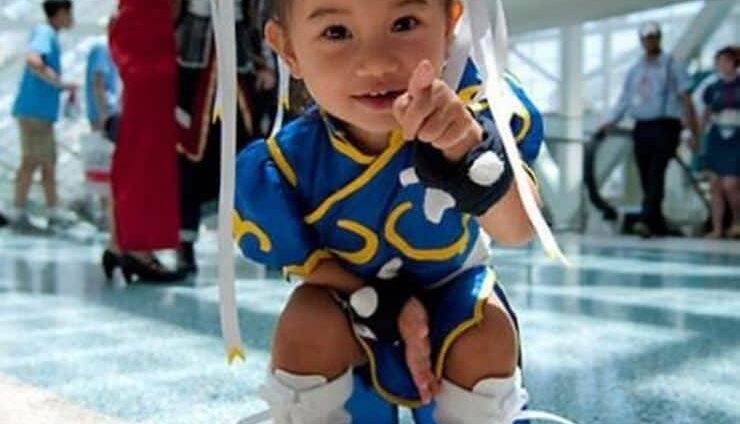 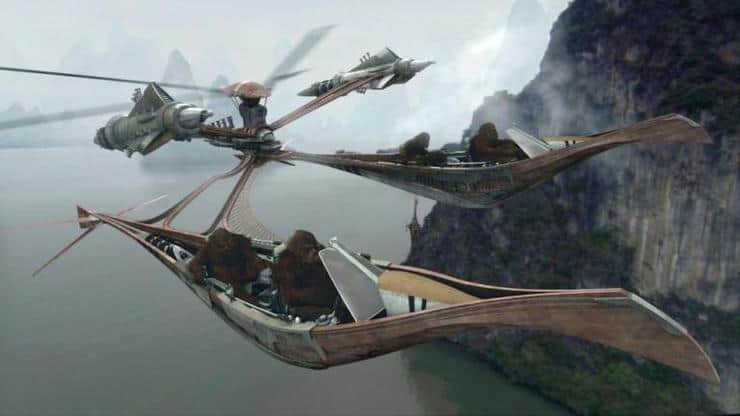 NEXT ARTICLE
Tank Up With Wookie X-Wing Tactics »
If you buy something from a link on our site, we may earn a commision. See our ethics statement.