Warhammer Miniatures That Have Hit Last Chance to Buy 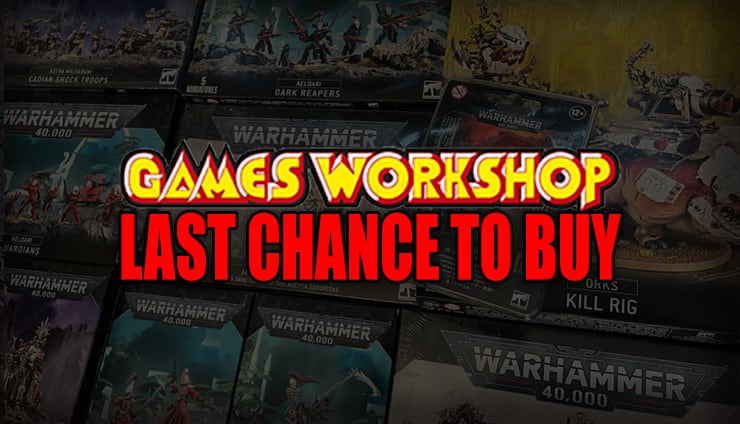 Here are all the latest Games Workshop miniatures to hit Last Chance to Buy for Warhammer 40k and Age of Sigmar!

GW was not joking around when they said they would be rotating a lot of the range out.

This time though, it looks like just the Eldar are going away. One other and super important thing to note, the Forge World are not MTO or Made to Order, but the regular GW ones are!

The last few of the Last Chance to Buy offerings were all MTO, so at least only half of these are… Maybe that’s something?

Plus, you know the prices will rise once they are gone from the main range, meaning grab them now if you want them! Let’s start with the FW stuff, then jump to the regular Eldar line. 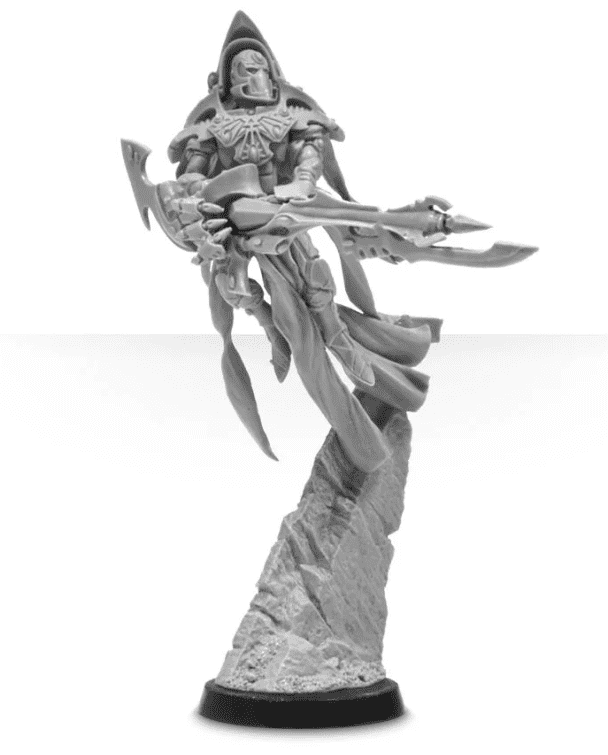 Once a disciple of Asurmen, first of the Aeldari Phoenix Lords, Irillyth the Shade of Twilight founded the Shrine of the Shadow Spectres on the Craftworld of Mymeara. Drawn to the small Craftworld in response to a vision of doom and horror, Irillyth gifted the skills of stealth, swiftness and all-consuming firepower to the warriors of Mymeara.

After many years, the Phoenix Lord led a great war host to the legend-shrouded world of Bethalmae to destroy a race that would, many thousands of years later, arise to threaten Craftworld Mymeara. Neither he nor any of his warhost ever returned to the Craftworld, and with the loss of their Phoenix Lord, the Shadow Spectre aspect fell into decline. Complete resin kit.

It’s interesting because the regular Shadow Spectres are not on the list, so maybe these are rotating out for new models to take their place. Or maybe next week, we see the Shadow Spectres hit the list as well. 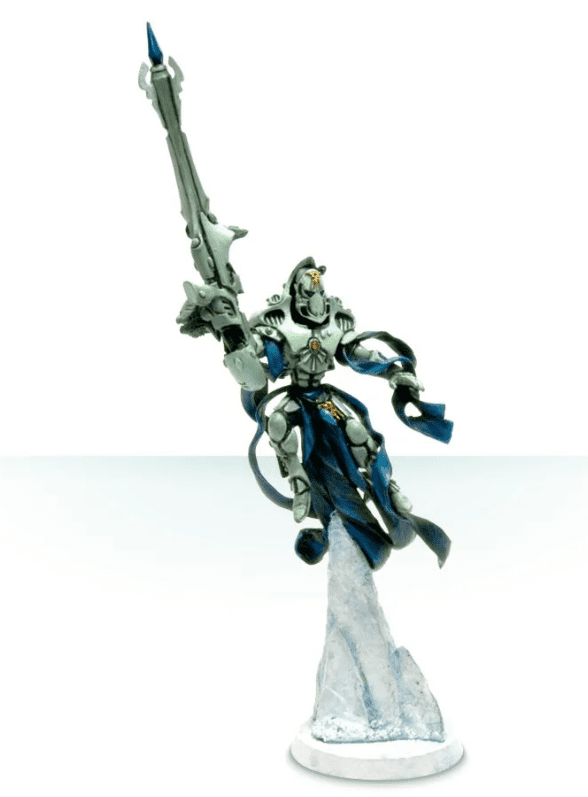 Armed with a fell Prism Lance and arrayed in the ghostly panoply of an Aeldari wraith, the Shadow Spectres Exarch is dedicated to the craft of ranged death, hunting heavily armoured prey with consummate skill. Complete resin kit.

They don’t really say why they are leaving, but if you want either of the models on the list, then go grab it! 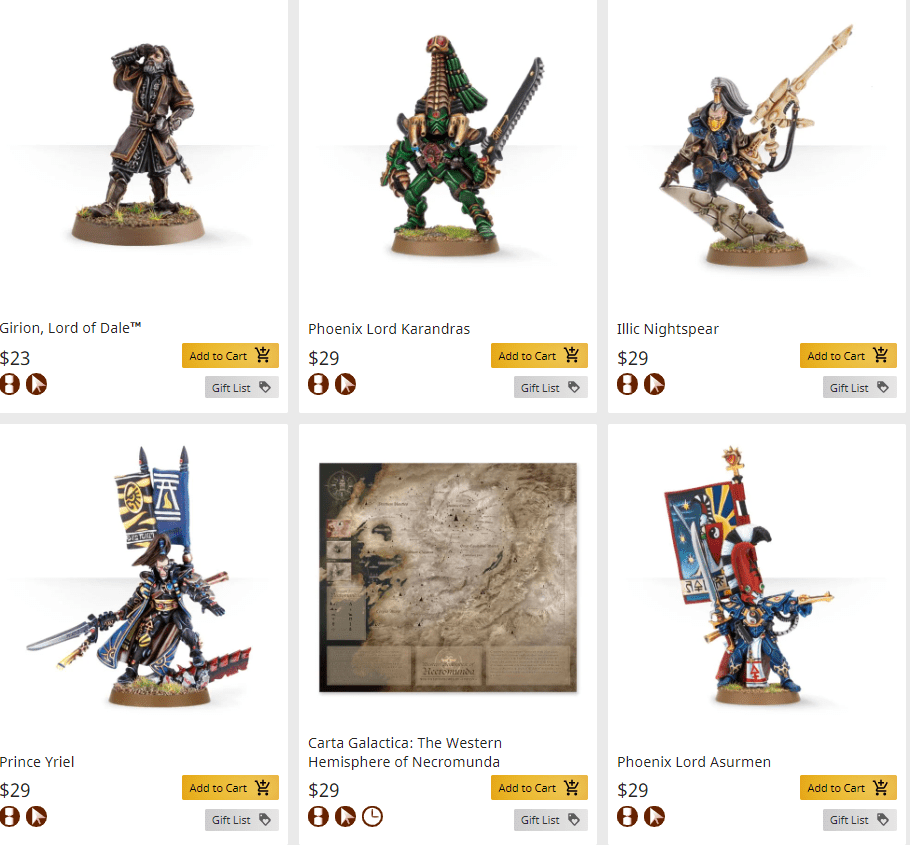 It looks like GW doesn’t want any of the old Eldar heroes, or maybe it means they are all coming back with new minis soon! We could really hope that’s the case, as these are all pretty old and could definitely use an update. Either way, if you want them, be sure to order soon.

Just keep in mind that all the GW ones are MTO, meaning it will take 180 days to get them 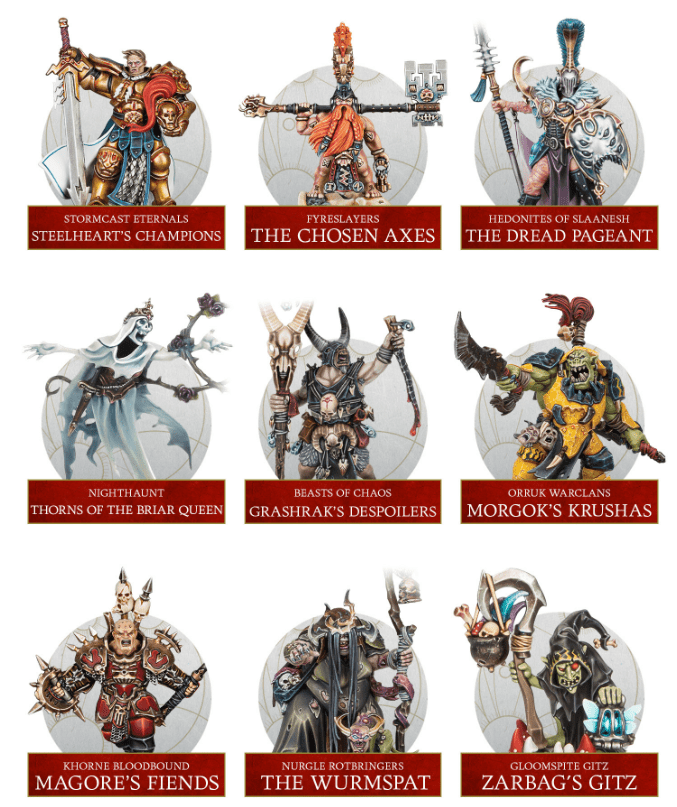 This is just a sampling of what’s leaving the store as 24 different warbands are on the list. We’re not sure how long they will stay, but if you want any of them, it’s better to just get them now instead of waiting for the secondary market where they will probably be much more expensive.

It looks like anything that doesn’t have cards is rotating out, but they are still 100% usable in Age of Sigmar! 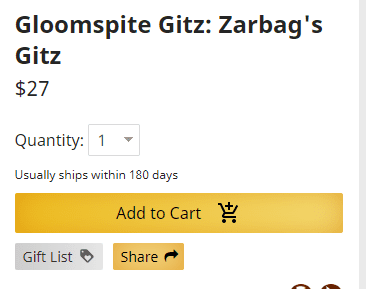 As we said, just be careful when grabbing any of these because they are all MTO. So when you order, just know it’s going to be about half a year before you get any of these Warbands you ordered.

If you want anything on the list, you can grab them at the link below:

Get Your Warbands Here!

Are you upset to see these warbands that also have AoS leaving the range? 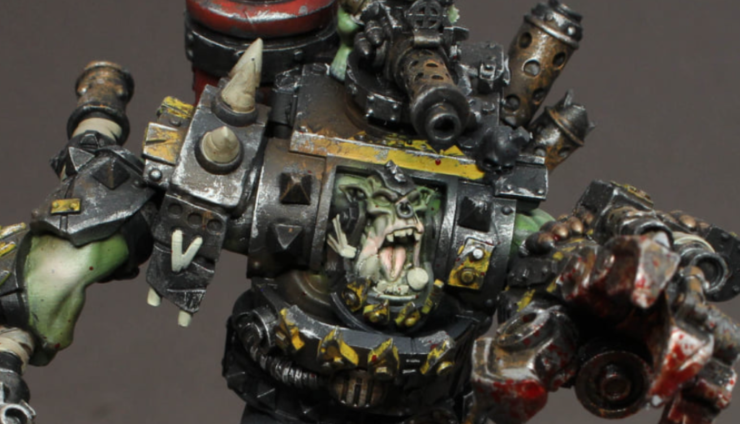 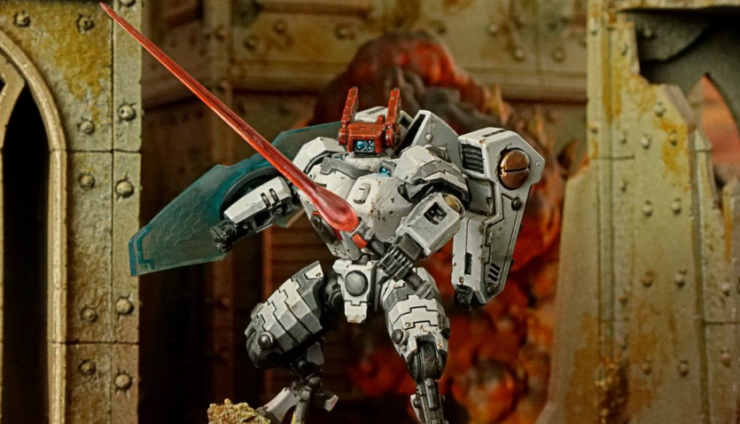 NEXT ARTICLE
New Alternative Tau FXs From Deadly Print Studio! »
If you buy something from a link on our site, we may earn a commision. See our ethics statement.