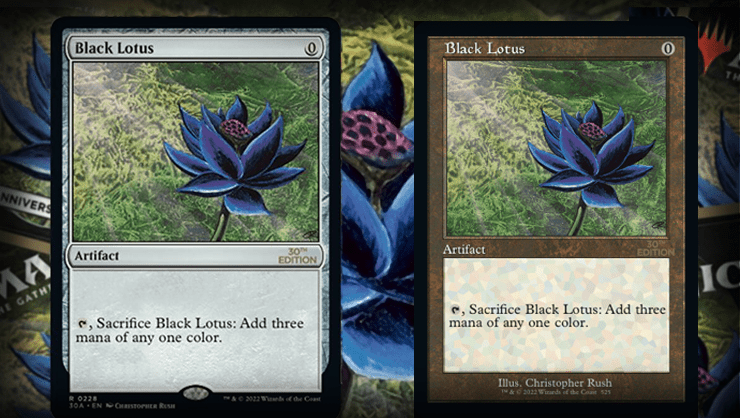 Wizards announced they are reprinting the original set of Magic the Gathering in $1000 30th Anniversary packs, well, sort of…

Wizards of the Coast recently announced a new Magic 30th Anniversary product on their website. that is will be going up for sale on Cyber Monday, November 28th, 2022.

Let’s go over all we know so far! 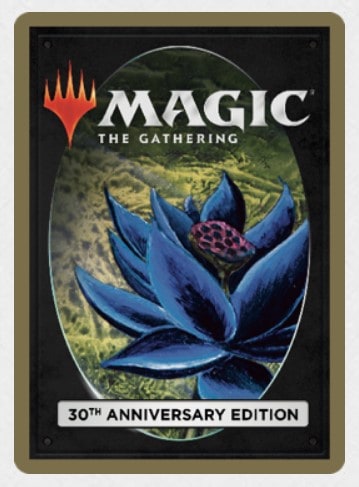 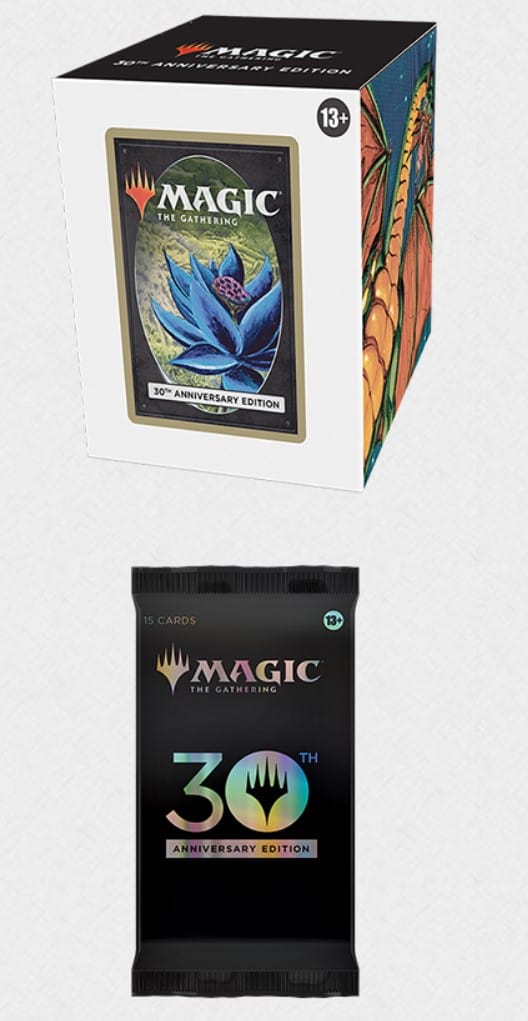 Each display of 30th Anniversary Edition will contain four packs of pure nostalgia reimagined in a modern context. Each pack contains 15 cards, 13 cards in the modern frame—1 rare, 3 uncommons, 7 commons, and 2 basic lands—plus one basic land in the retro frame, one additional retro frame card, and a token. 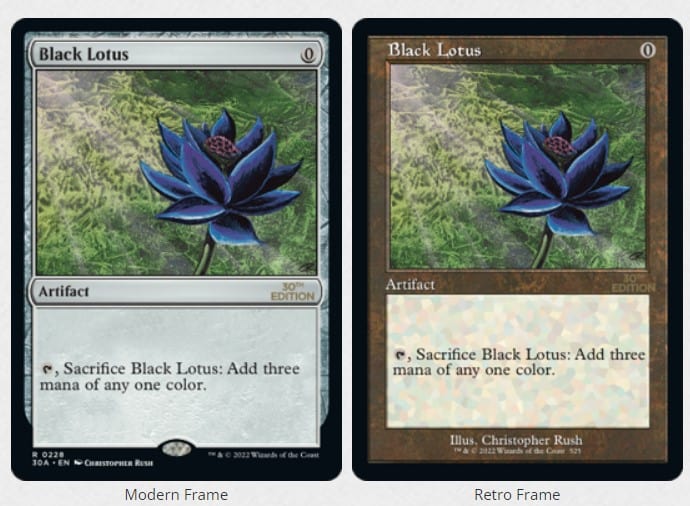 If you are familiar with the old World Championship decks (or even the old Collectors set), this new product is similar in terms of legality. These are, for the most part, an experience. They aren’t meant to overtake the original cards for collectors or even be played by players in enteral formats like Vintage and Commander at tournaments.

For all intents and purposes, they are proxies that might be cheaper for some casual players, but they are still a bit pricey.

Featuring the original art that inspired a generation of Magic fans, 30th Anniversary Edition is built with modern sensibilities and nostalgic roots. 30th Anniversary Edition will be on sale for the holidays, available November 28 for $999 on 30thEdition.wizards.com. And even with Magic growing tremendously throughout the past 30 years, we have gone back to our roots with a limited-edition print run.

While this may be too rich for some people’s blood, judging by the comments, even more may be bothered by it.  Ultimately, more of these iconic cards in circulation (even if not legal) is probably a good thing overall, regardless of their legality for play.

We expect that orders in North America will be received this year. If you live in other regions this product is shipped to, it will likely arrive sometime in early 2023. We’ll be sharing more details on how the sale will work as we move closer to the sale date of November 28.

There seems to be a pretty quick turnaround on this product, too, in terms of it getting into consumers’ hands. 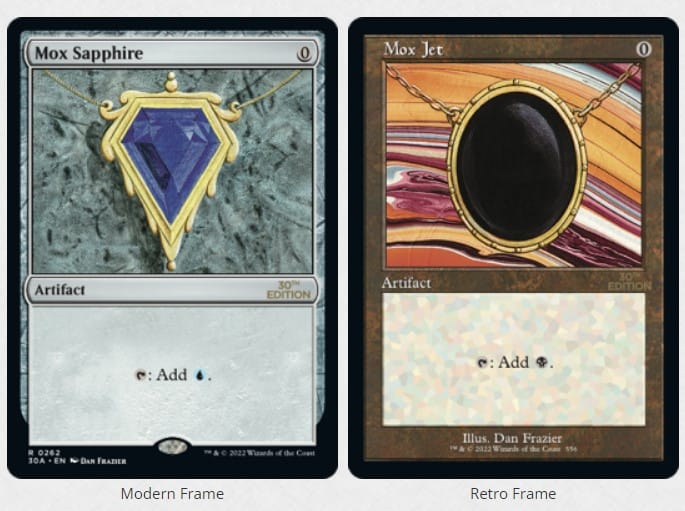 30th Anniversary Edition celebrates 30 years of Magic by recapturing the, well, magic of the early years. It’s a memorable collectible, an iconic experience, and a truly unforgettable way to commemorate our favorite game.

Bringing new borders to old cards is a neat idea, but those brown borders are the real icons.

This product is for a very specific group of people, but that being said, they will be super happy! Especially since Wizards of the Coast has said in the past they would never reprint these cards like this with either the retro frames or backs.

What do you think of the new Magic the Gathering 30th Anniversary packs? 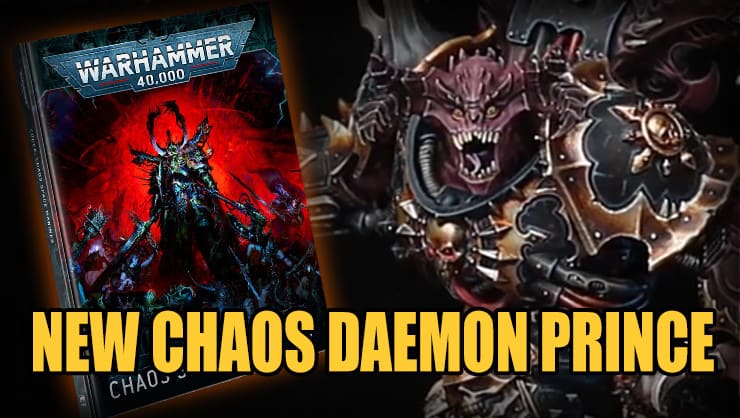 PREV ARTICLE
« This is the New Daemon Prince Kit For Chaos Space Marines! 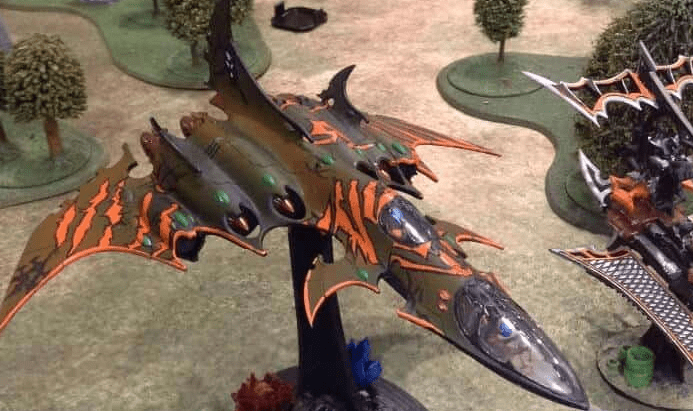 NEXT ARTICLE
Allying for a Greater Purpose: Armies on Parade »
If you buy something from a link on our site, we may earn a commision. See our ethics statement.