Want more from the White Dwarf Magazine? Here are our thoughts on 4 exciting ways GW can entice readers to buy an analog magazine in a digital age.

It’s 2019, and it seems like everything can be found on the Internet. Heck depending on who you ask, we live in an age where magazine subscriptions are becoming less and less a thing.

Magazines that are still going strong, however, seem to offer some kind of exclusive “bonus” that people can only find from their magazines.

In January’s revamped White Dwarf, GW seems to be doing two things, getting back to their 2000’s format roots and adding in exclusive new rules for 40k, as well as AoS to entice readers to buy each issue.

From a big picture standpoint, however, with all the rules bloat that seems to be steadily creeping into 8th edition Warhammer 40k, it’s unclear if this is a good idea for the game in the long term. Furthermore, those rules get leaked all over the internet as soon as the first hobbyist with a cell phone gets their issue, so does that content really create more sales?

Will hobbyists want to lug around a crate of White Dwarves, as well as their Codex, BRB, Chapter Approved and Vigilus supplement books to each game they play? 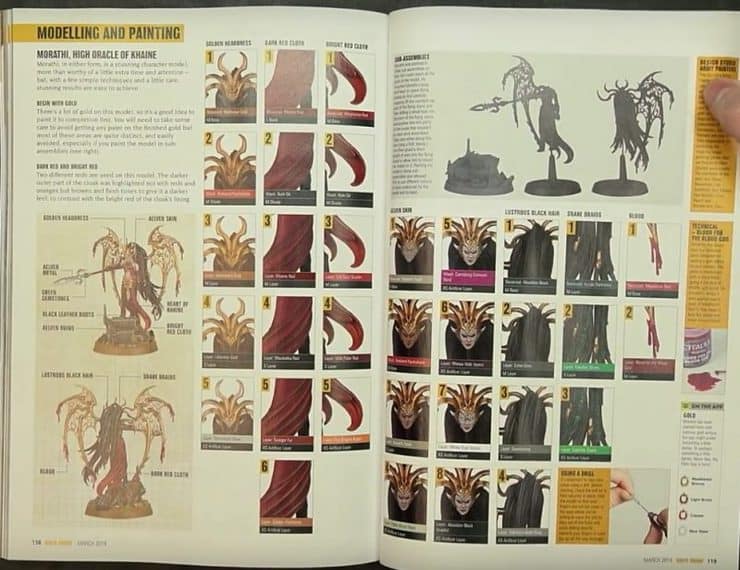 Don’t get me wrong, the White Dwarf overall is a GREAT magazine that is professionally presented and organized in such a manner that it is fun to read in your hobby beats lab, or on the go. The content is always top notch, and I feel like it literally can’t get any better when it comes to the actual content.

Content-wise, however, the problem with White Dwarf may be that the same style of material presented each month is easily accessible via the internet, (though often not as professionally produced) and not the quality or the presentation of it at all.

So just what should GW do with White Dwarf? Well, we already made one big suggestion, but Games Workshop seems intent on continuing to produce the magazine (although with a reduced staff it appears) into 2019.

Besides retiring the venerable magazine, here are more ideas on how GW can make the White Dwarf great again, or at least incentivize hobbyists to continue to buy it without including a new set of exclusive rules each month. 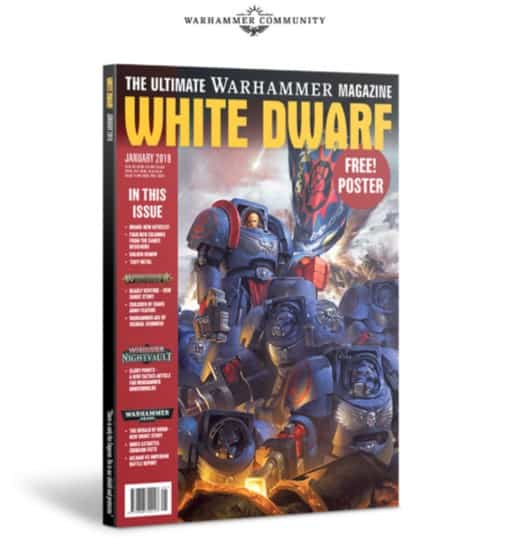 Lower the Price of the Magazine 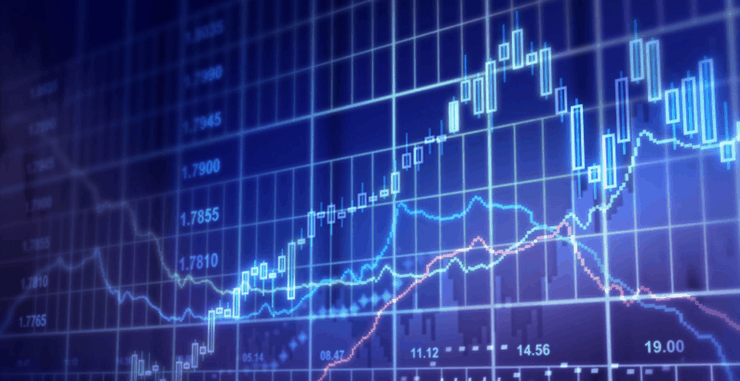 Lower the price a couple bucks and you would probably see sales increase by a notable percentage.  Sure this is a hot-button issue as everyone always complains about pricing when it comes to GW, I know.  But consider this- remember when the White Dwarf was a weekly magazine and only cost $4 an issue? It routinely sold-out each week at stores.  My suggestion is to lower the cost of the current White Dwarf to $5-6 and I would think there will be a notable resurgence in circulation.

That being said, $9 for a monthly magazine still isn’t a bad price at all for a consumer magazine to be honest. Heck according to Mequoda Daily back in Nov of 2016;

$9.99 was a common price for 12 full issues of a consumer magazine. That policy trained generations of consumers to believe that magazines are cheap, throwaway products.

So how can you keep the price the same and still offer an incentive that doesn’t contribute to rules creep? 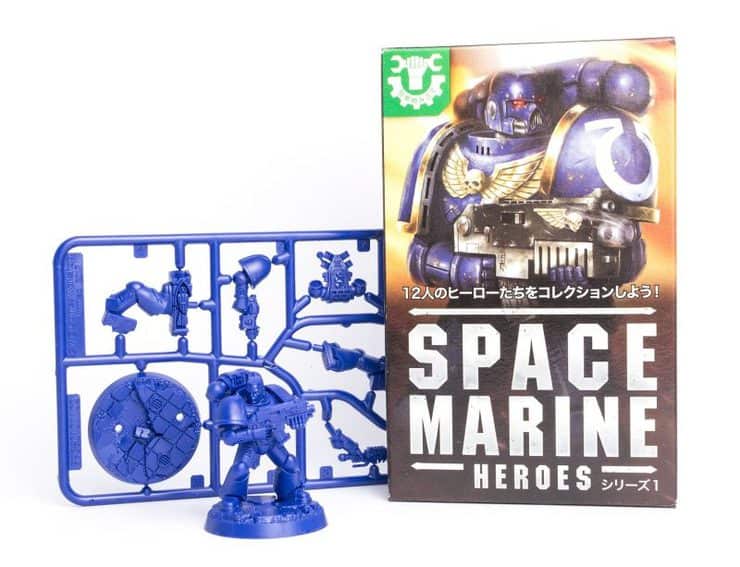 How about offering a free, exclusive mini in each or every other issue? Nothing like a character model that GW values at $35 each these days, but something like the Blind Buy Space Marines Hero series?

Come up with a new series of sorts and only offer those minis in a plastic-sealed White Dwarf over a certain period of time. They could even go as far as to cover every faction. Do like a small line of Orks, Eldar, Tau, etc. They could all be simple, unique ETB White Dwarf exclusive models. 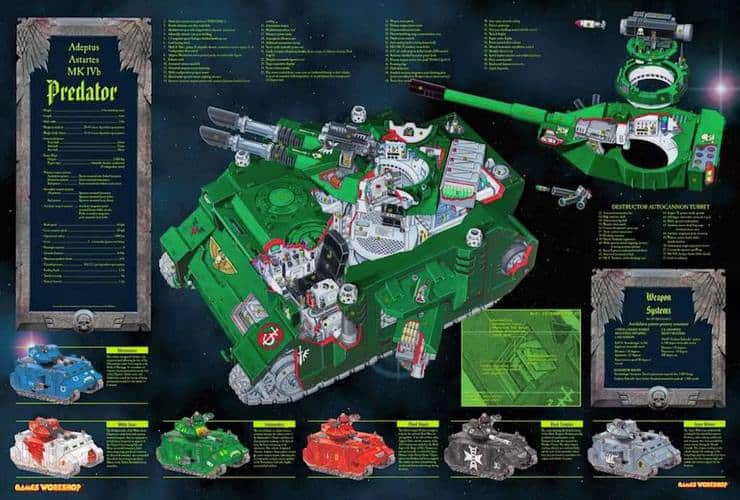 Another great incentive could be a monthly poster series!

Remember the old cut-away posters of the Land Raiders and Predator? Why not make some more of those,  perhaps even featuring the new Primaris models, or maybe a Bolter cut-away showing all of its parts?

The sky may be the limit here, as a matter of fact, let’s take this same idea in a different direction. 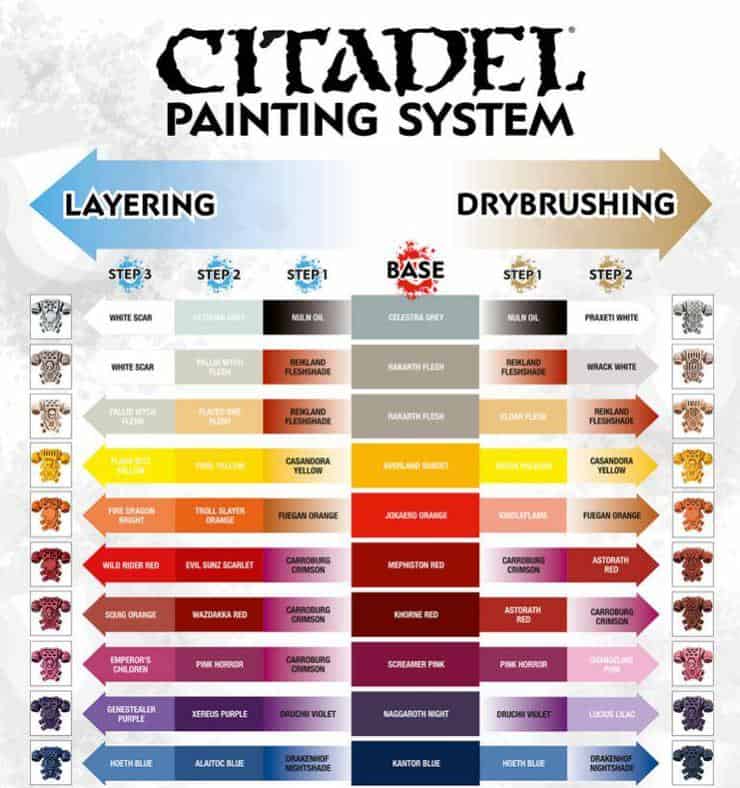 This cool painting system chart came out in the old weekly White Dwarf, and besides being super useful, looks great hung on the wall in your hobby beats lab. It is actually still available currently as a free PDF download, but you will have to print it in a poster format.

On that same note, a cool new bonus in the White Dwarf could be a small chart for all their combinations of mixing colors (i.e reds, yellows, greens, etc.) every month. That would cover over a year’s worth of issues at the very least. They could even expand it into Texture paints Citadel Air, and more!

Like I said before, GW deserves recognition for all of their hard work and publishing such a great monthly magazine year after year. Time perhaps just may not be on their side anymore, and it may benefit GW to make changes that don’t potentially add to any rules bloating for any of the games they produce.

What do you want from the White Dwarf in 2019? Let us know in the comments of our Facebook Hobby Group. 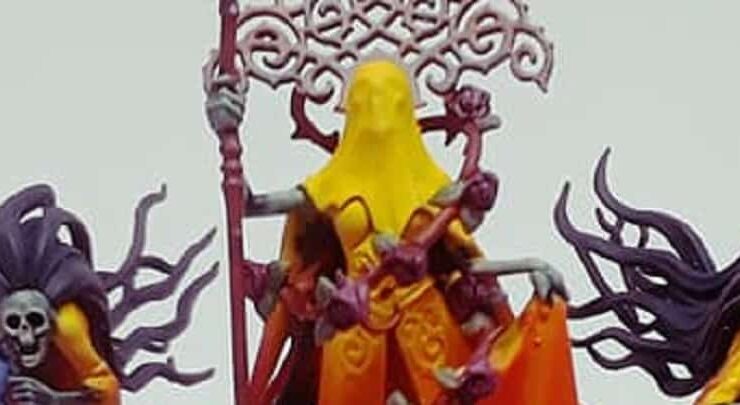 PREV ARTICLE
« Hot To The Touch: Nighthaunt Army of One 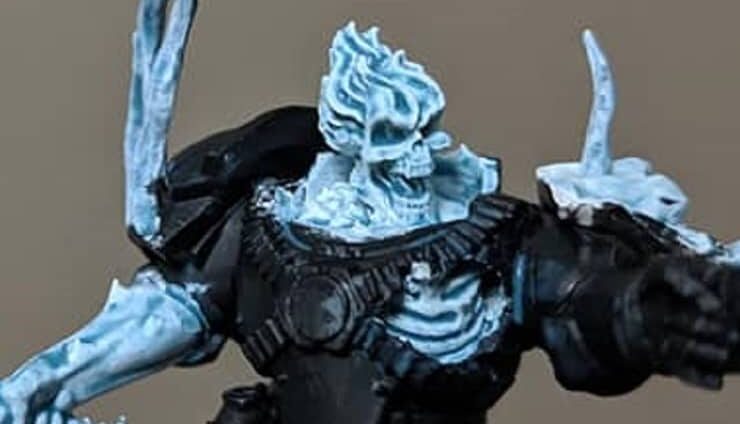 NEXT ARTICLE
Legion of the Damned Arise: Conversion Corner »
If you buy something from a link on our site, we may earn a commision. See our ethics statement.