All of The Imperium Warhammer 40,000 MTG Commander Cards 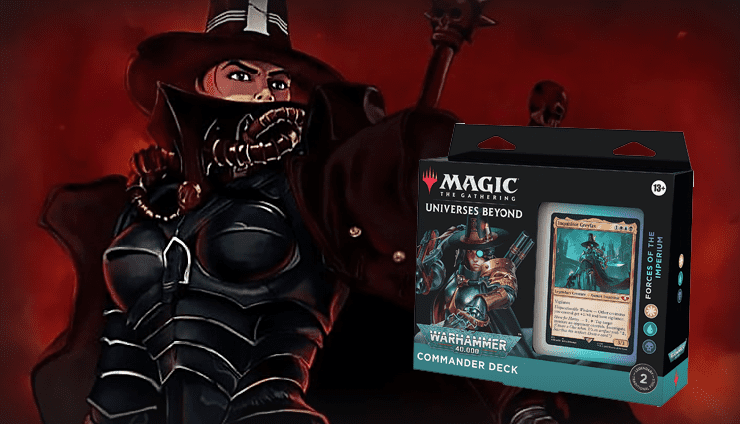 Here are all the new Warhammer 40k Magic: The Gathering Universes Beyond cards for the Imperium commander deck!

Let’s check out all of the Warhammer 40k Magic: The Gathering Universes Beyond cards for the Imperium commander deck!

All of The Imperium Warhammer 40,000 MTG Commander Cards 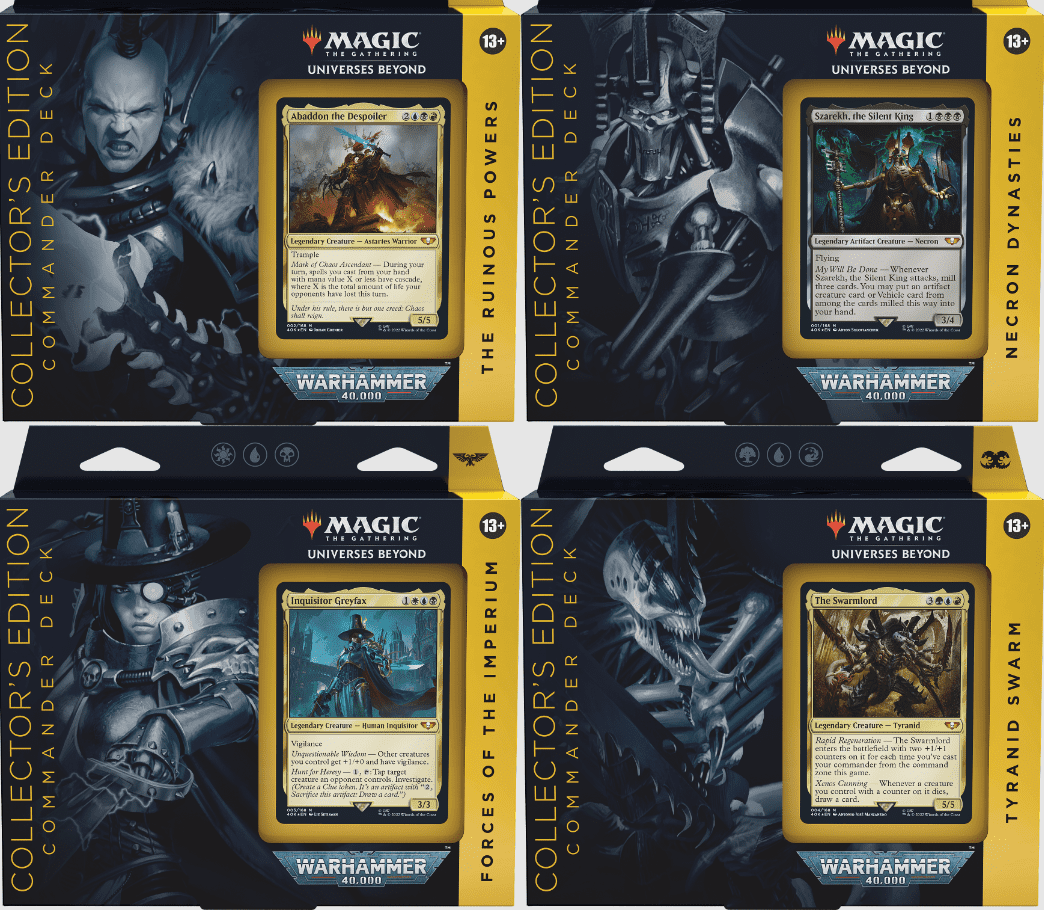 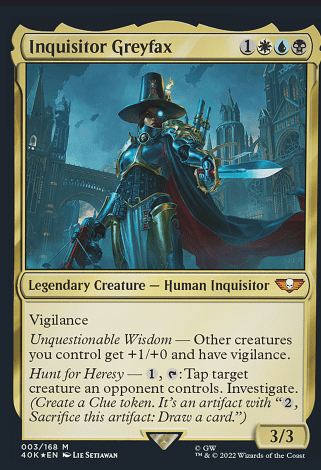 Really, it feels like some of the new rares coming out are actually stronger than these, but hey, if you love 40k, still might be worth the pickup. 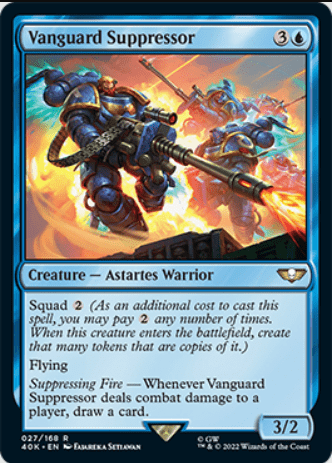 Vanguard Suppressors align with the Warhammer 40,000 Ultramarines faction, who are defenders of Humanity and among the greatest of the Emperor’s warriors. In addition to the great artwork, this card comes with an exciting new token-related mechanic.

It looks like the Space Marines will take over the blue decks. 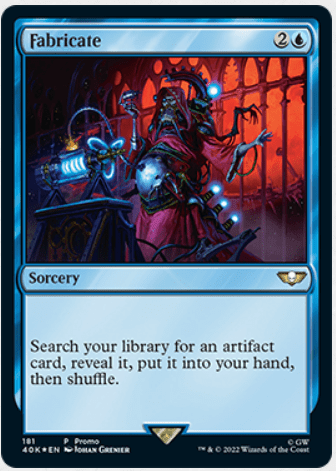 The promo card, Fabricate, won’t appear in the Commander decks, but you can get your hands on it if you go to your local game store on launch day. This exciting card features Belisarius Cawl, one of the most powerful members of the Imperium and fabricator of some of Warhammer 40,000’s most legendary artifacts.

You’ll have to go on launch day if you want this card. Get ready to head to your local game store in October! 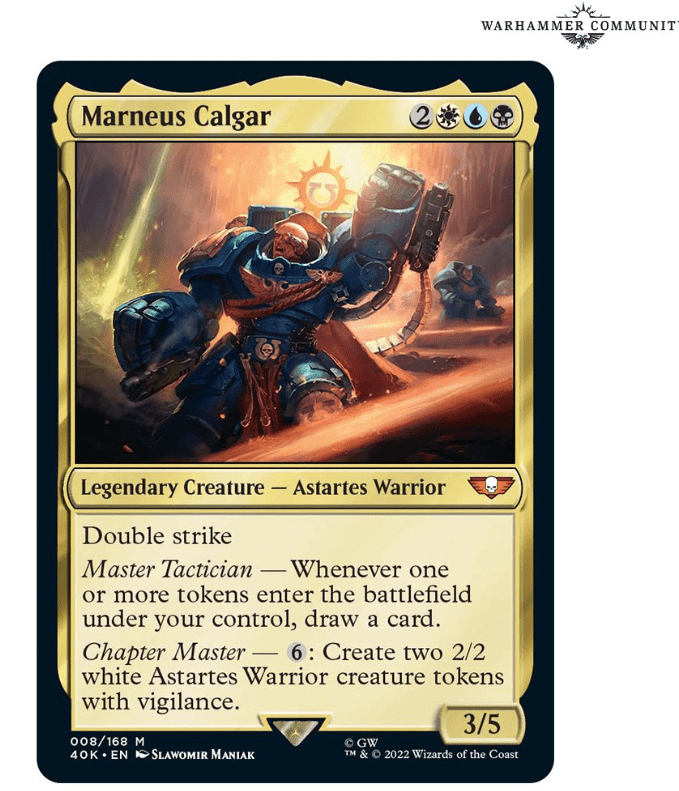 No muster of Imperial heroes would be complete without the Chapter Master of the Ultramarines. His titanic strength and keen tactical acumen stride proudly from the pages of Codex: Space Marines, with some heroic new artwork flush with the grit and fortitude that safeguarded Vigilus… for a time.

It’s awesome to see him grab a card, and he has some pretty cool rules. With Master Tactician and Chapter Master, you can create a lot of tokens and draw a bunch of cards. As the “second-in-command” for the Imperium deck, you can choose to run Greyfax or Calgar as the Commander right out of the box. Both look like decent options!

With the full decklist and all cards spoiled, let’s go over the rest of the new Imperium cards!

The first set of three has a THUNDERHAWK! Sadly, not a new plastic 40k model once again… but this is a fantastic magic card that uses the Raven Guard Shadowhawk art!

Next up, we’ve got two Imperial knights, with the Paladin being a fantastic card! Four damage to three people and a 6/6 trample only needing a crew 1 is pretty good! The Reaver Titan is also good, just a bigger Paladin!

Next up, we get a hint at one of the minor themes of the deck… Miracle! getting a 5-mana creature for 2-mana is nuts! Simple as that!

Another one of the themes is attacking. Specifically, getting benefits for several attacking creatures! For that reason, the librarian seems pretty good in this deck.

The Primaris Eliminator is a great card. Flexibility and a huge potential for removal are always good.

Squad is a great mechanic giving all the cards with it extra flexibility… The Sister of Silence is also a great card that might save you from defeat or prevent your opponent from winning!

Vexilus Praetor looks unassuming, but with flash and giving your commander protection from everything, it is absolutely bonkers, like, probably the best card in the deck bonkers.

Space Marine Scout is very similar to the knight of the white orchid, a mono-white staple, so this is probably a great card!

Triumph of Saint Katherine is a nuts card. Almost always, it’s a 2-mana 5/5 with lifelink, and even better, it just keeps coming back! Skull Clamp was the scourge of the tournament scene nearly 20 years ago, but with only one in the deck, it could still be hugely useful.

This row is all reprints of all fantastic cards.

Swords to Plowshares is a staple in EDH period. Any deck that has white probably runs this card!

These three cards care about making tokens and killing non-tokens, helping you make a big board and prevent your opponents from doing the same.

Neyam is a new legendary that is actually super unique! It might be a super fun deck to try and make!

Eisenhorn is another new legendary that looks super fun to try and make a deck around for!

Three land reprints, nothing special here, except some dope art on Memorial to Glory.

Sister Hospitaller is a great card; returning something to the battlefield gives it combo potential!

Callidus Assassin is a neat card, killing something AND giving you a copy!

Exterminatus is hype, thanks to its source material for inspiration, and Celestine is a fantastic new commander for a new deck-type mono-white-recursion! 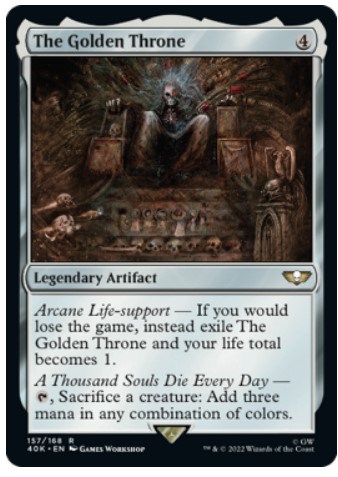 Lastly, there’s an iconic card, The Golden Throne! This will probably see the play with two decent effects, although it is also just an instant flavor win! For those of you not in the know, not only will it keep you alive at least temporality, but also has the same ability as a Black Lotus (as long as you have a creature).

With that, those are all the cards! Keep your eyes up for the full release on October 7th!

What do you think of the price and where to buy the new Magic the Gathering Warhammer 40k Imperium cards? 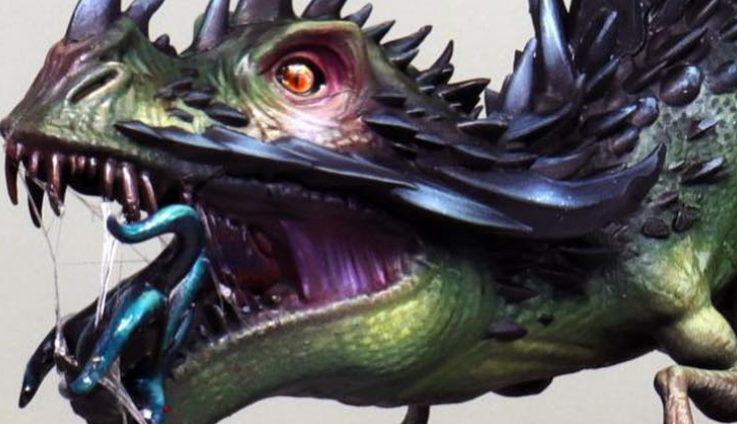 PREV ARTICLE
« Chomping the Enemy to Bits: Army of One 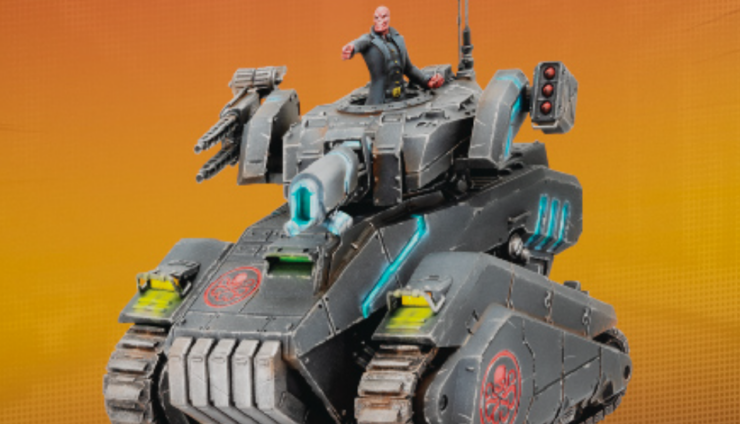 NEXT ARTICLE
New MCP Hydra Tank Terrain & Ultimate Encounter Pack! »
If you buy something from a link on our site, we may earn a commision. See our ethics statement.