Games Workshop published a science-fiction version of their Warhammer Fantasy Battles game in 1987 titled Warhammer 40,000 – Rogue Trader. With rules written by Rick Priestley, this first edition eventually set up the Warhammer 40k universe as we know it today.

Warhammer 40,000 is set in the grim dark future where humanity faces terrifying battles to keep its place among the stars. The many alien races and malign forces of Chaos are stacked against the might of humanity. 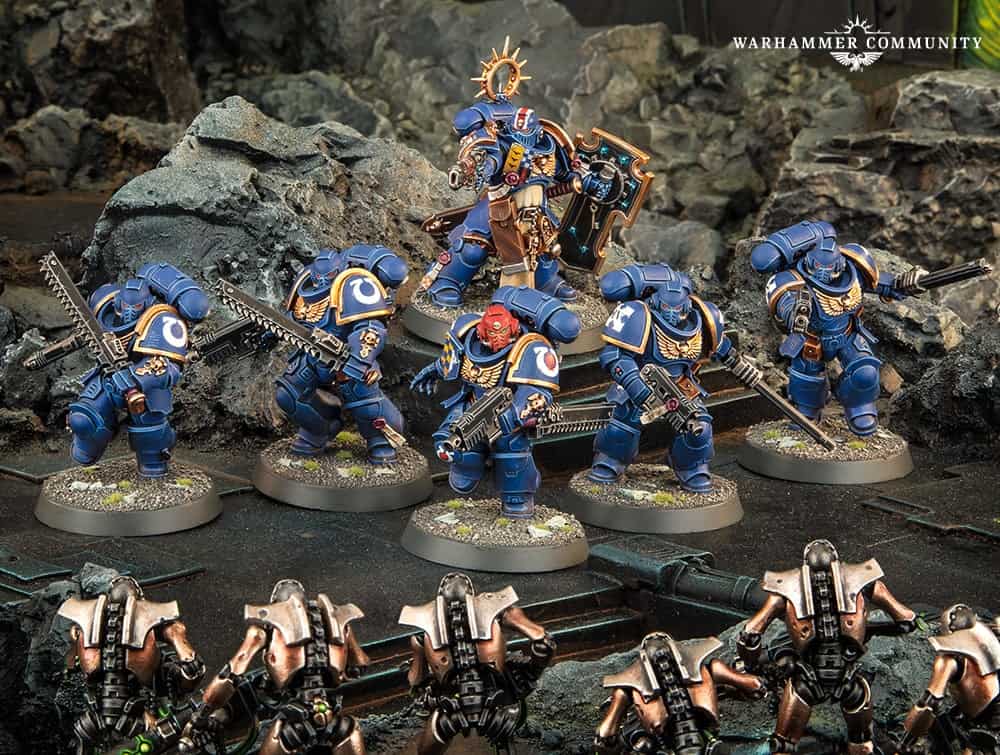 Heroes, villains, demigods, and daemons are there to support warriors and fanatics in extraordinary wars that span countless worlds. The Space Marines are a group of superhumans with gene-engineered genes who defend humanity from the dark forces.

They are warrior monks equipped with arcane weapons of another era and protect the Imperium of Man’s million worlds from all threats.

Currently, the game is in its 9th edition, released in July 2020 with the Indomitus box set.

Warhammer 40,000, a thrilling wargame that requires strategic decisions and compelling stories to be told on the tabletop, is a great choice. Play Warhammer games with your friends, at home, or in dedicated gaming areas.

Warhammer 40,000 is a large setting filled with epic storytelling. You can read many of these stories in the form of ebooks, short stories, and novels from the Black Library publishing arm. Black Library books have something for everyone, from stories of heroes and heroic victories to gritty crime drama and mind-bending mysteries that will challenge your imagination.

What is the History of Warhammer 40k? 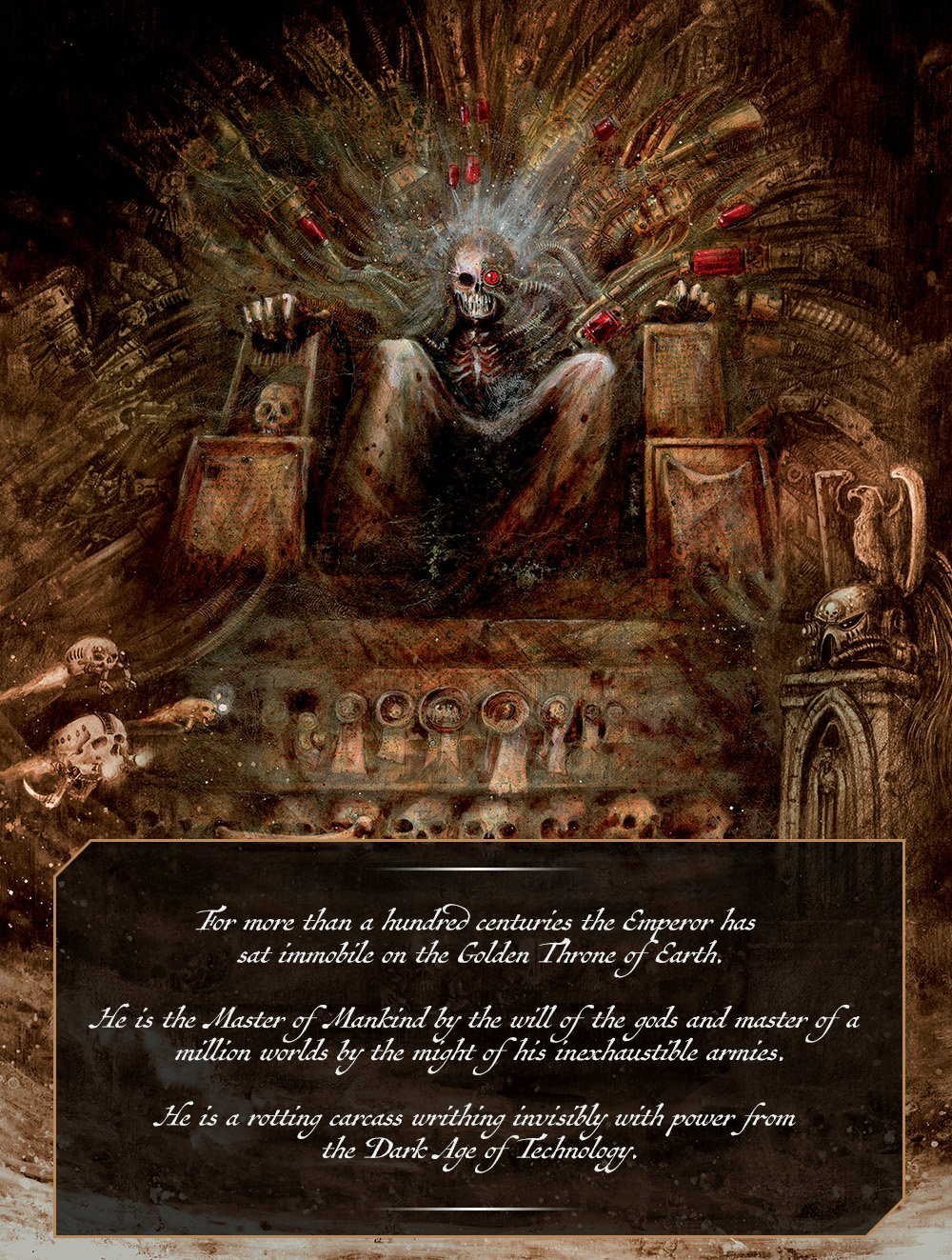 The Warhammer 40,000 universe has a long and detailed history. It began as a tabletop miniatures game created by the British company Games Workshop in 1987. Set in a dystopian future where the Imperium of Man, led by the God-Emperor, is locked in a perpetual battle against various alien races and heretical forces.

The game quickly gained popularity and spawned a number of spin-off games, novels, comics, and more. Warhammer 40k has been expanded upon many times over the years and now contains a rich tapestry of lore and backstory.

The history of the Warhammer 40,000 universe is long and complex, but ultimately it is a story of war and conflict. From the very beginning, the Imperium of Man has been locked in a perpetual battle against its enemies. Whether it be the Orks, the Eldar, or Chaos itself, there has always been someone or something seeking to destroy humanity.

Why is Warhammer 40k so Popular?

Warhammer 40,000 is one of the most popular tabletop games in the world. In fact, it’s so popular that there are actually tournaments for it! Players from all over come together to battle it out for supremacy, and the competition is always fierce.

But what makes Warhammer 40,000 so popular? Well, there are a few things. For starters, it’s a really fun game. It’s fast-paced and exciting, and there’s a lot of strategic depth to it. Plus, the models are just really cool. Who doesn’t want to collect an army of tiny plastic soldiers?

Another big factor in Warhammer 40,000’s popularity is its community. The game has a very passionate and dedicated fan base, who are always excited to talk about the latest news and developments. And when new players come into the game, there’s always someone there to help them out and answer their questions.

So, if you’re looking for a fun and rewarding hobby, why not give Warhammer 40,000 a try? You might just find yourself getting hooked!

Here you can find all of our articles for Warhammer 40k and the latest news, including how to play the game and assemble and paint the miniatures: 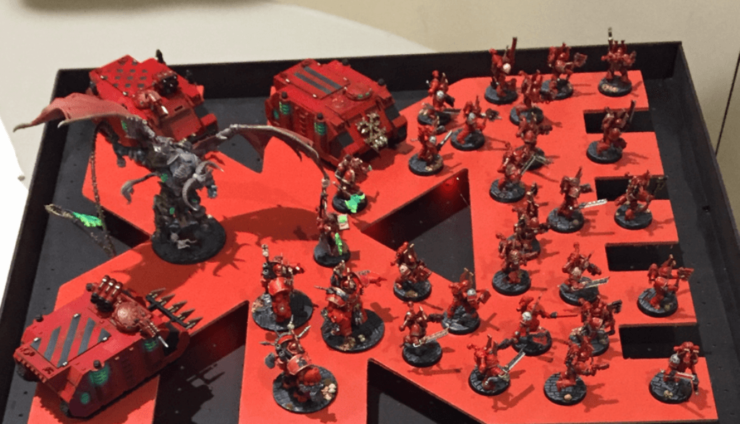 When Khorne is ready to kill, you better be scared, as they don’t even care if they die; they want to make as much blood flow as possible! 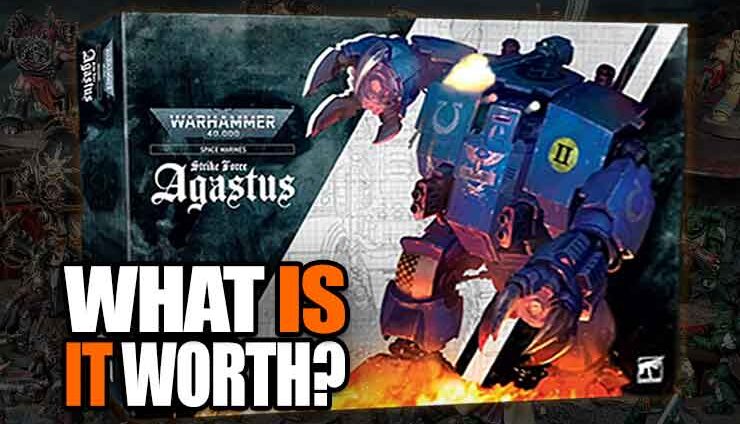 Here’s the savings and value breakdown for the new Space Marines Strike Force Agastus box set that was revealed at LVO 2023.

How to Build & Magnetize All the Baneblade Variants! 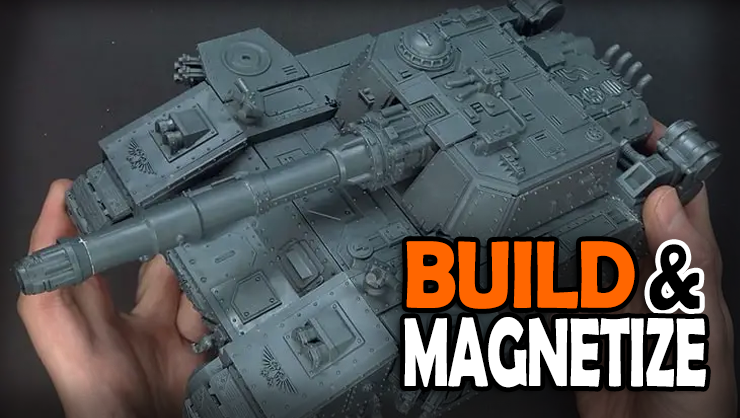 Here is a great tutorial on how you can build and magnetize all eight variants from one Baneblade kit to save more hobby dollars! 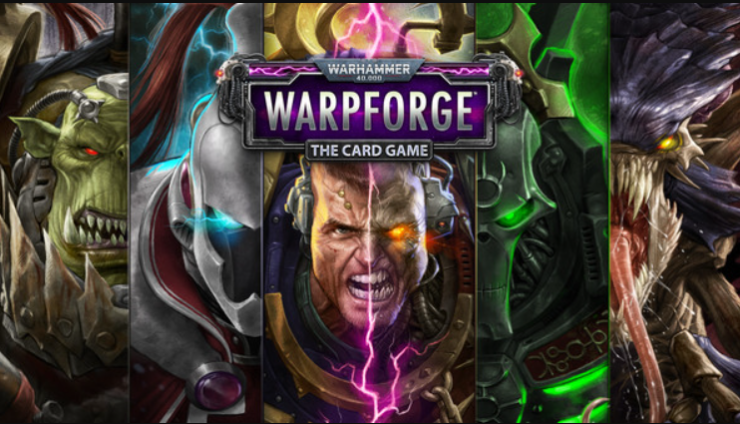 The new Warhammer 40,000: Warpforge game isn’t out quite yet, but the new card game is already looking awesome- check it out! 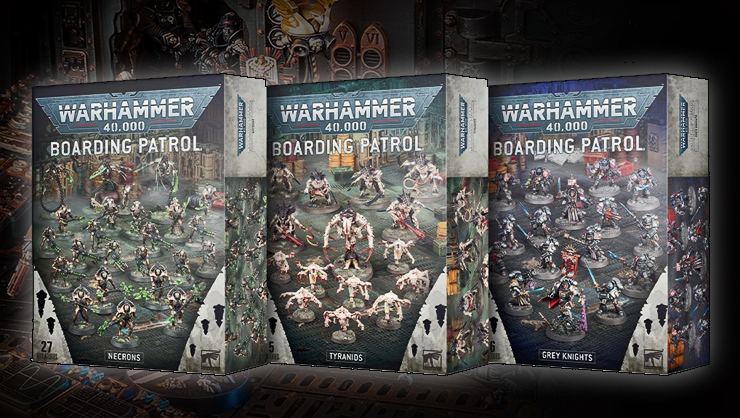 Three new Boarding Patrol boxes have been revealed by GW, this time for the Tyranids, Necrons, and Grey Knights- check it out!

GW Won’t Be Focused on Warhammer 40k as much Now… 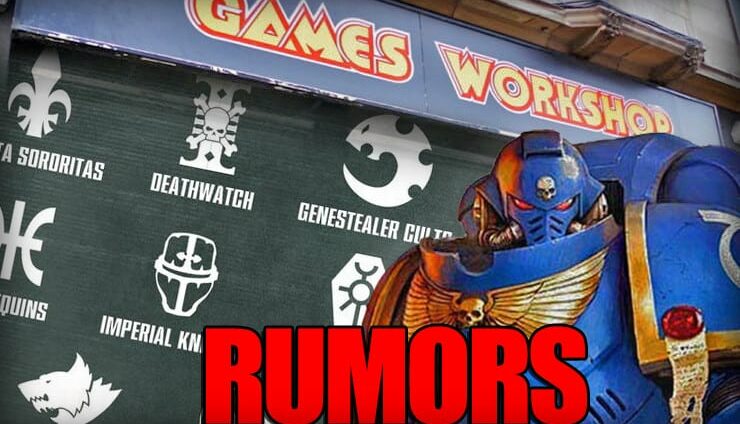 Games Workshop looks to be focusing more on Age of Sigmar releases this spring as a whopping six books are planned up to the rumored release of 10th edition Warhammer 40k.

How To Pronounce the Trickiest Warhammer Words 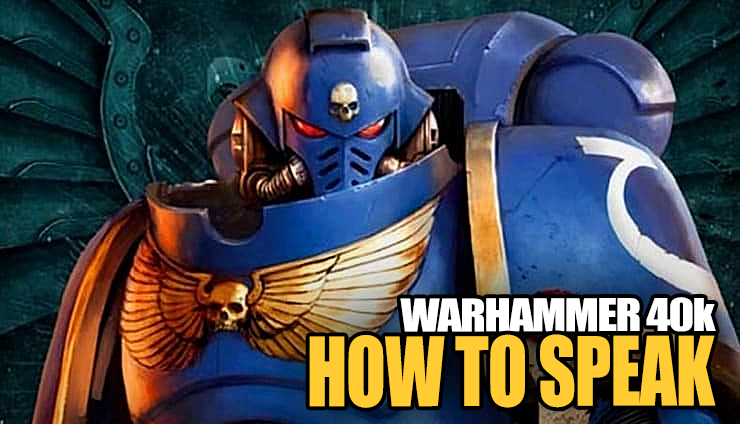 GW just gave us a lowdown on how to pronounce the trickiest Warhammer words, coming from the experts themselves- check it out!

Here are all the new Games Workshop releases all the way from mid-January that are still available across platforms, with links to where you can still find them. 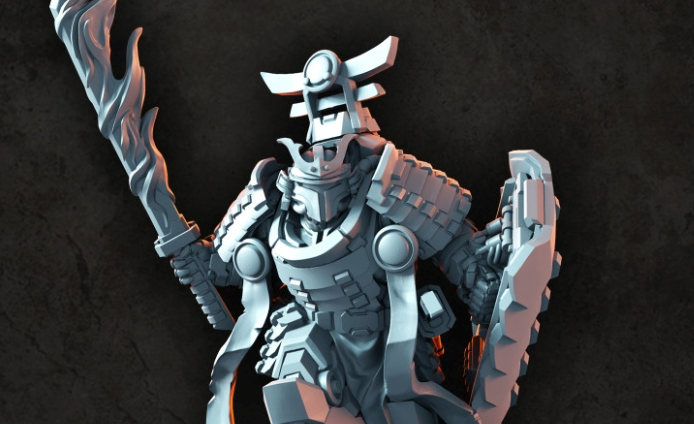 The new Puppetswar Marine Burning Longswords make perfect alternative pieces for Space Marines and Chaos- check out what you can score!

Chaos Uniting Under One Banner: Armies on Parade 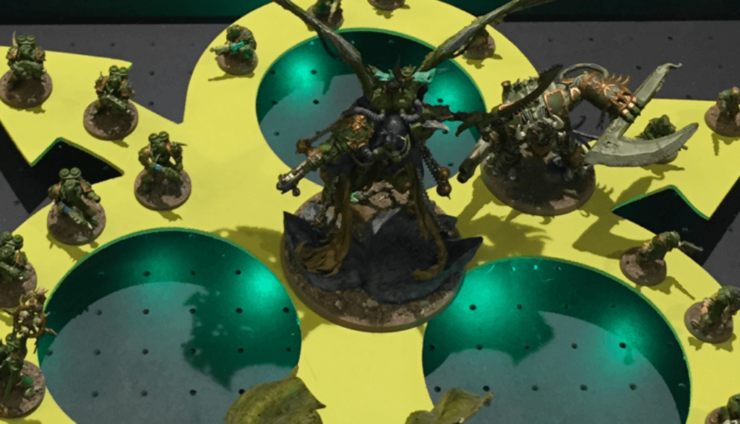 The one thing the Imperium is afraid of is the powers of chaos unifying under one banner, as that would be terrible!