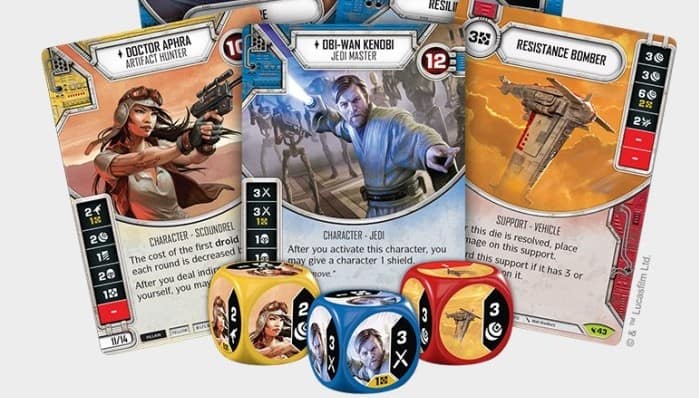 Fantasy Flight has announced a new booster set entitled and 2 starter sets for Star Wars: Destiny. Get ready to add over 200 cards to your decks!

The new booster set, entitled Legacies, adds 160 cards to Destiny and will feature a new ‘Indirect Damage’ symbol. A new concept, called ‘Power Action’, has also been included Legacies. This new base set will be a solid starting point for new players. The 2 new Character sets, Boba Fett Starter Set and Luke Skywalker Starter Set will contain 24 packs each and feature the associated villains and heroes. 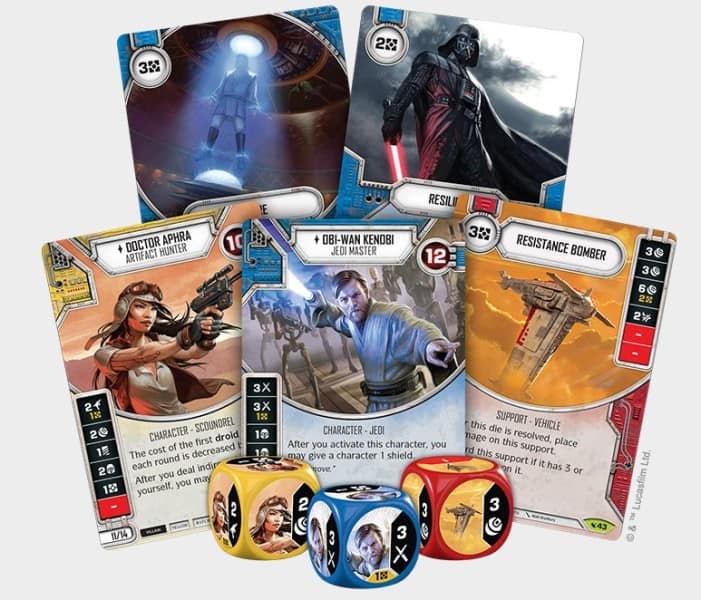 The new dice symbol, ‘Indirect Damage’, will allow you to force an opponent to deal that much damage to their characters, distributed as they wish, allowing them to split it up among multiple characters. Some characters included in Legacies, such as Doctor Aphra, are used to indirect damage and can even damage herself for some power effects. Obi-wan Kenobi and his lightsaber are here as well with good stats and a 15 point cost base or 19 for an elite. 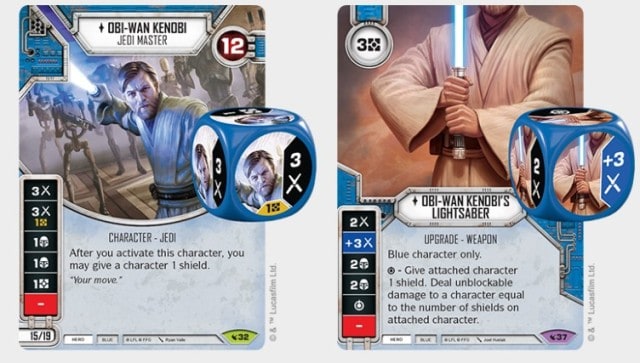 Also, introduced in Legacies is the concept of the “Power Action,” abilities that may only be used once per round, and are found on multiple characters, including famed pilot Wedge Antilles. His ability is a new Power Action that allows you to turn one of your vehicle dice to any side. Plot cards can also be found in Legacies and they cost between one and three points, allowing you to get to make a thirty-point deck even if your characters add up to a total in the high twenties. 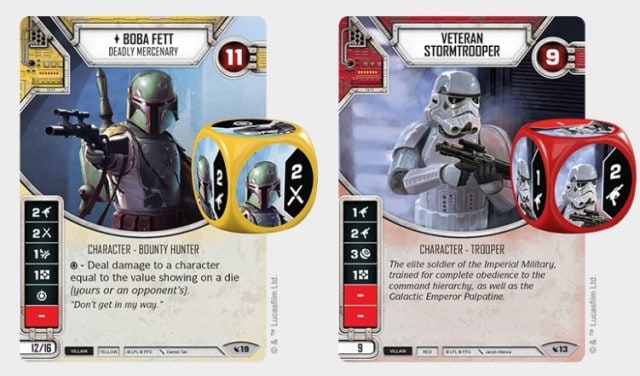 The 2 new starter sets focuses on two characters inheriting their father’s legacies: Boba Fett and Luke Skywalker. Both decks feature twenty-four cards, nine dice, and all the components you need to take your first steps into Star Wars: Destiny. Boba Fett is accompanied by a veteran stormtrooper and Luke Skywalker has the savvy smuggler Han Solo fighting alongside him. Boba Fett has a special dice symbol that allows you to deal damage to a character equal to the value showing on a die. Luke Skywalker has a Power Action that you may spend two resources to resolve one of Luke’s character or upgrade dice, increasing its value by two. 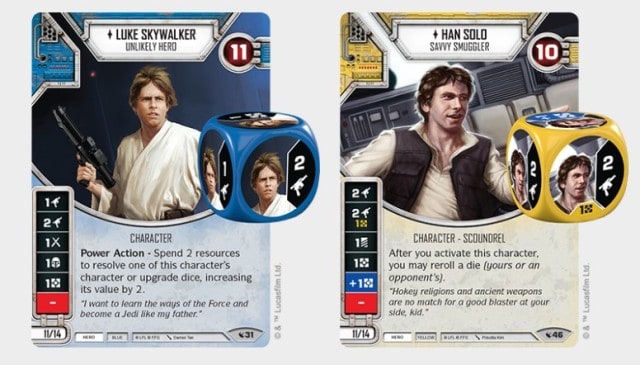 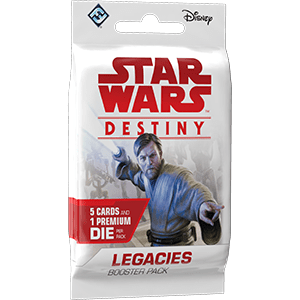 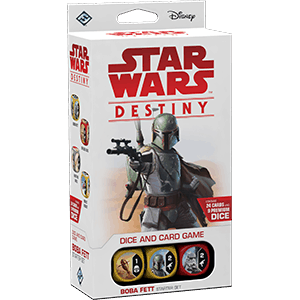 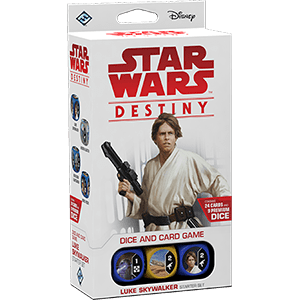 With powerful abilities, this unlikely pair of heroes is ready to take on whatever challenge comes their way.

The Legacies Booster Set, Boba Fett Starter, and Luke Skywalker Starter are available now for pre-order on-line and at your FLGS. 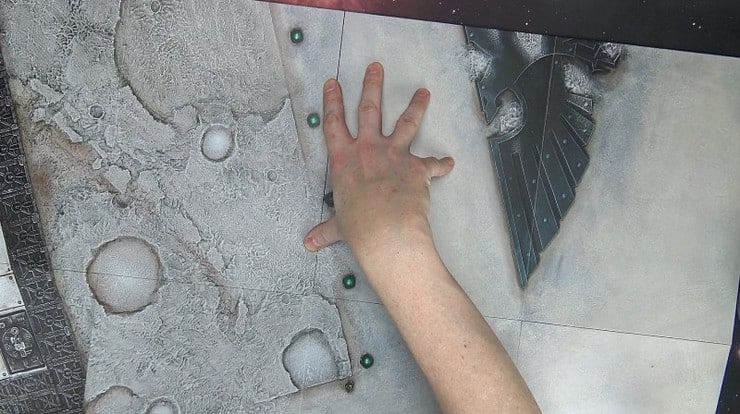 PREV ARTICLE
« Moon Base Klaisus: A Good Battlefield For $80? 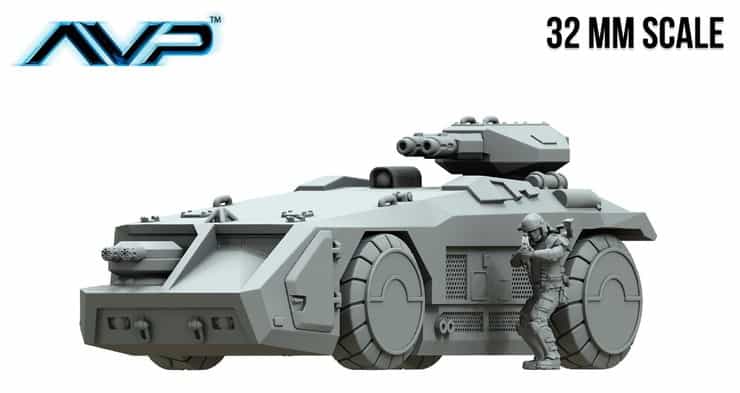 NEXT ARTICLE
Aliens M577 APC Giveaway Monday 8pm EST on Twitch »
If you buy something from a link on our site, we may earn a commision. See our ethics statement.