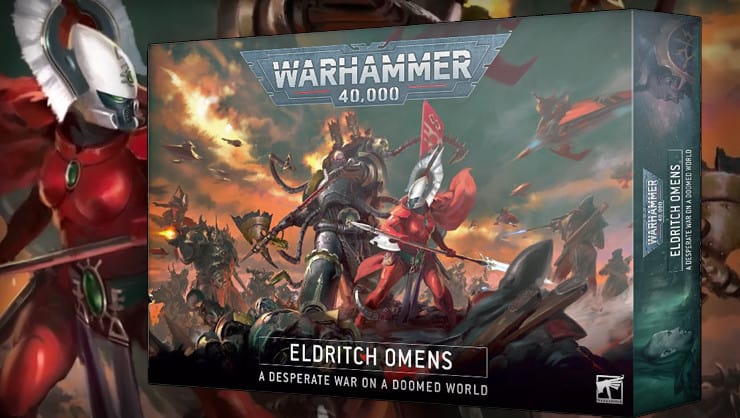 All th  Chaos Chosen and Eldar Rangers 40k rules datasheets from the Eldritch Omens box- check out the stats!

With the Eldritch Omens box review and rules previews aplenty from Games Workshop, we can get a better picture of what all the new rules are looking like for these two factions going forward.

These unique rules are collected from all the following reviews on YouTube, and Warhammer Community alike, so be sure to watch your favorite presenters talk about their take on the book at the links below! 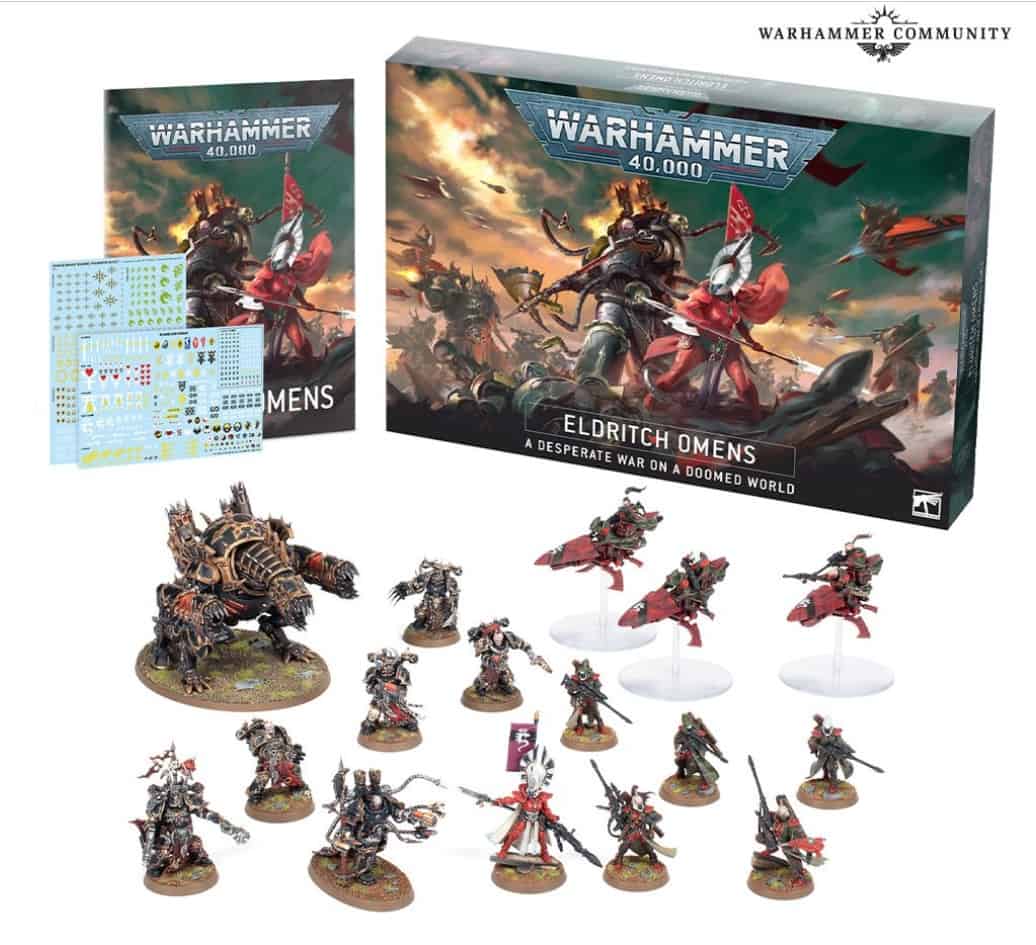 If you are curious about the recent Chaos vs Eldar Army box itself, you can check the contents and values here. 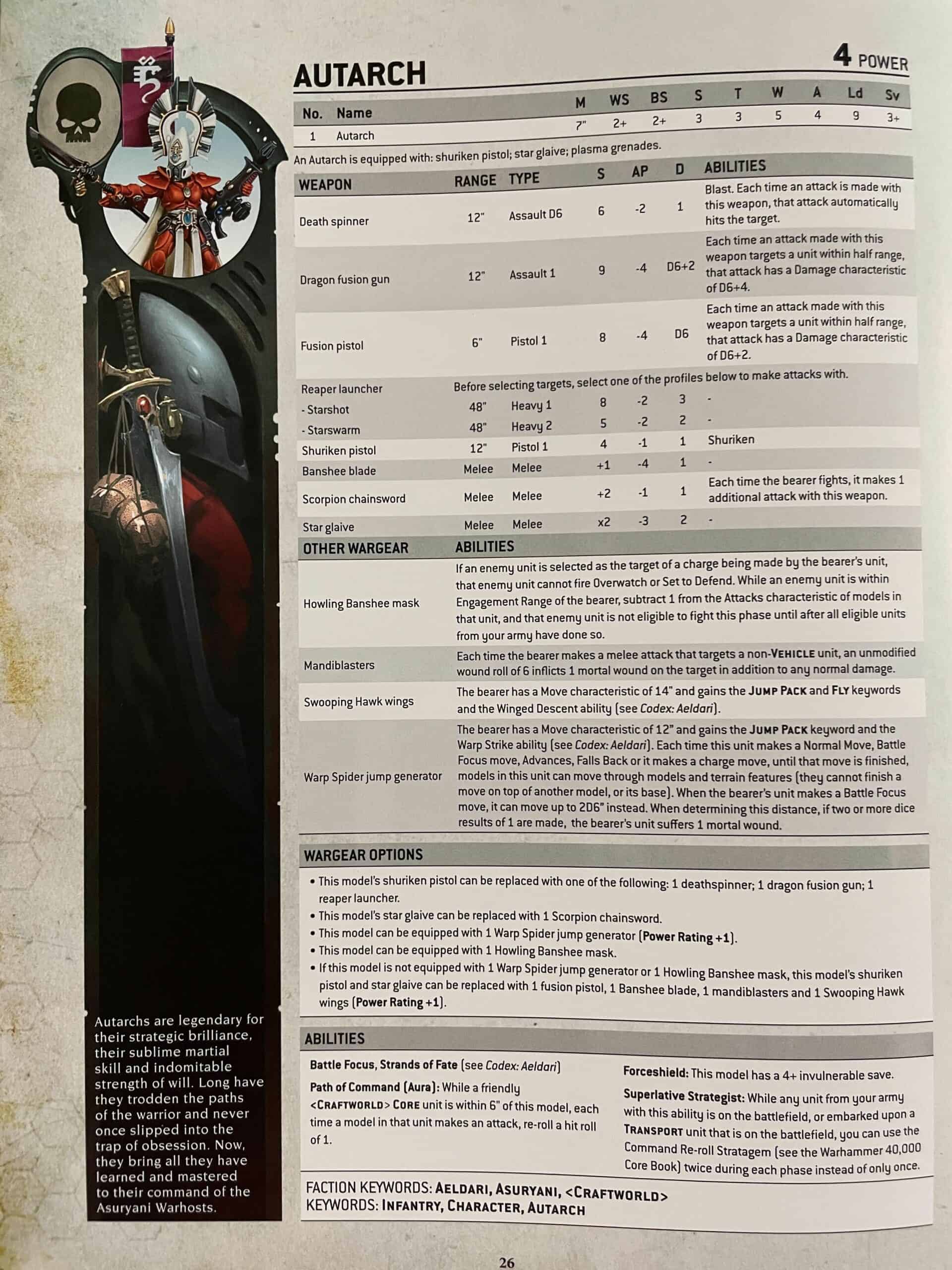 Starting with the Eldar 40k rules datasheets from the Eldrich Omens box set, the Autarch basically is a brand new unit! From their previous 2 weapon loadout, they know have access to 8 different choices that each provide different benefits and functions to completely change the dynamic of the model in the list.

All of the Wargear options are similarly sweet with some great options changing the model to a completely new one. Not to mention they are perfectly on theme! As was expected, the aura was changed to only affect CORE units, but that’s the same for every new and updated faction for 9th edition.

All in all, this new Autarch looks fantastic. 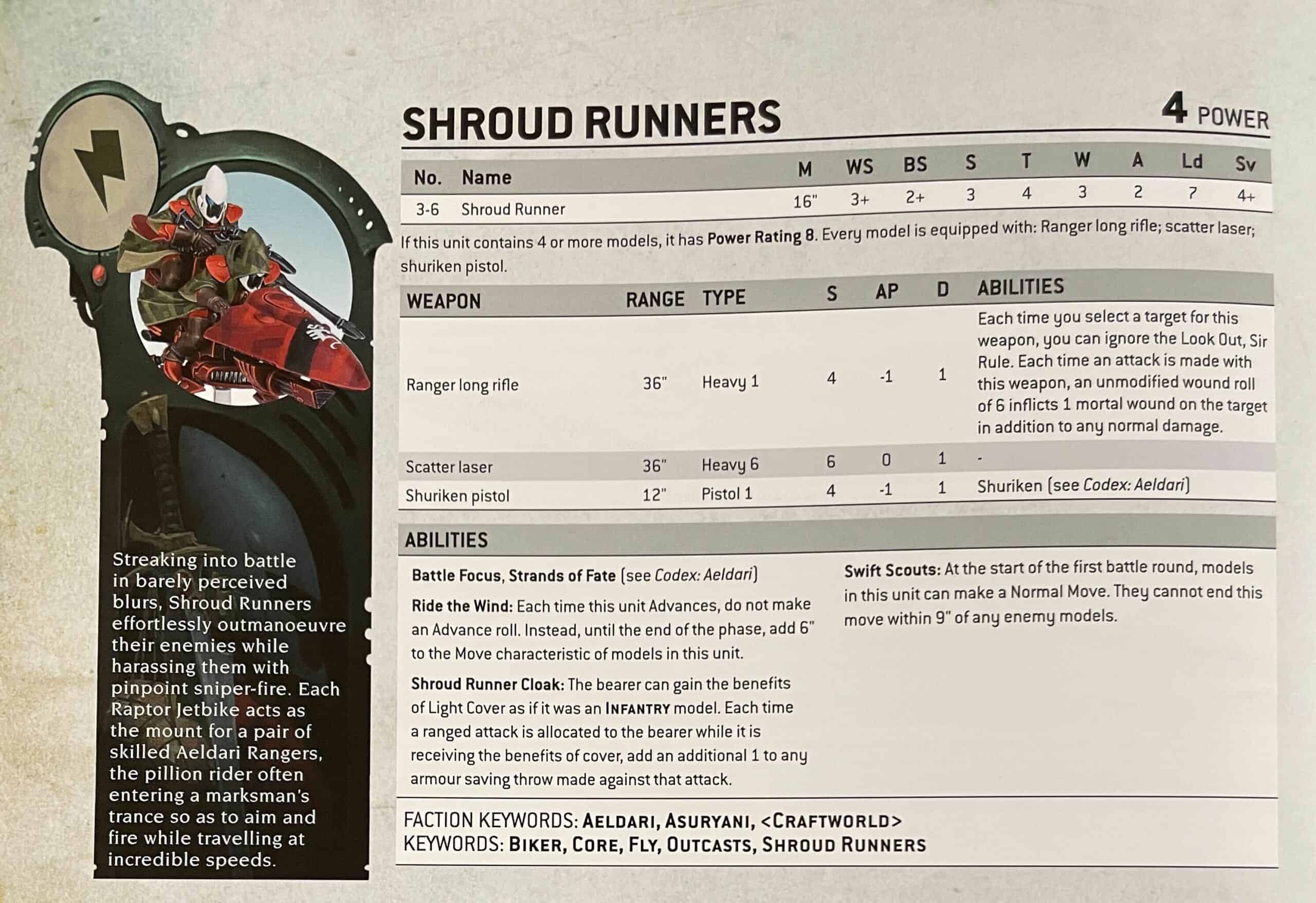 Next up, the new ranger bikes look pretty nice as well. Decent stats and a huge 16″ move make this pretty attractive for any list needing a little more mobility. The weapons have great range, however, with minimal AP, this seems to be mostly intended for chip damage or targeting lower armor save models.

As for the abilities, Ride The Wind gives a free guaranteed 6″ advance, making it even better and running all over the board. The ability to gain cover with their Cloak is nice but is obviously board and terrain dependent.

In general, being more elusive is always a good thing. Swift Scouts is another great ability to let these models get a solid 9″ pre-game move to get a free headstart.

Plus dont forget they have Battle focus and Strands of Fate as well. 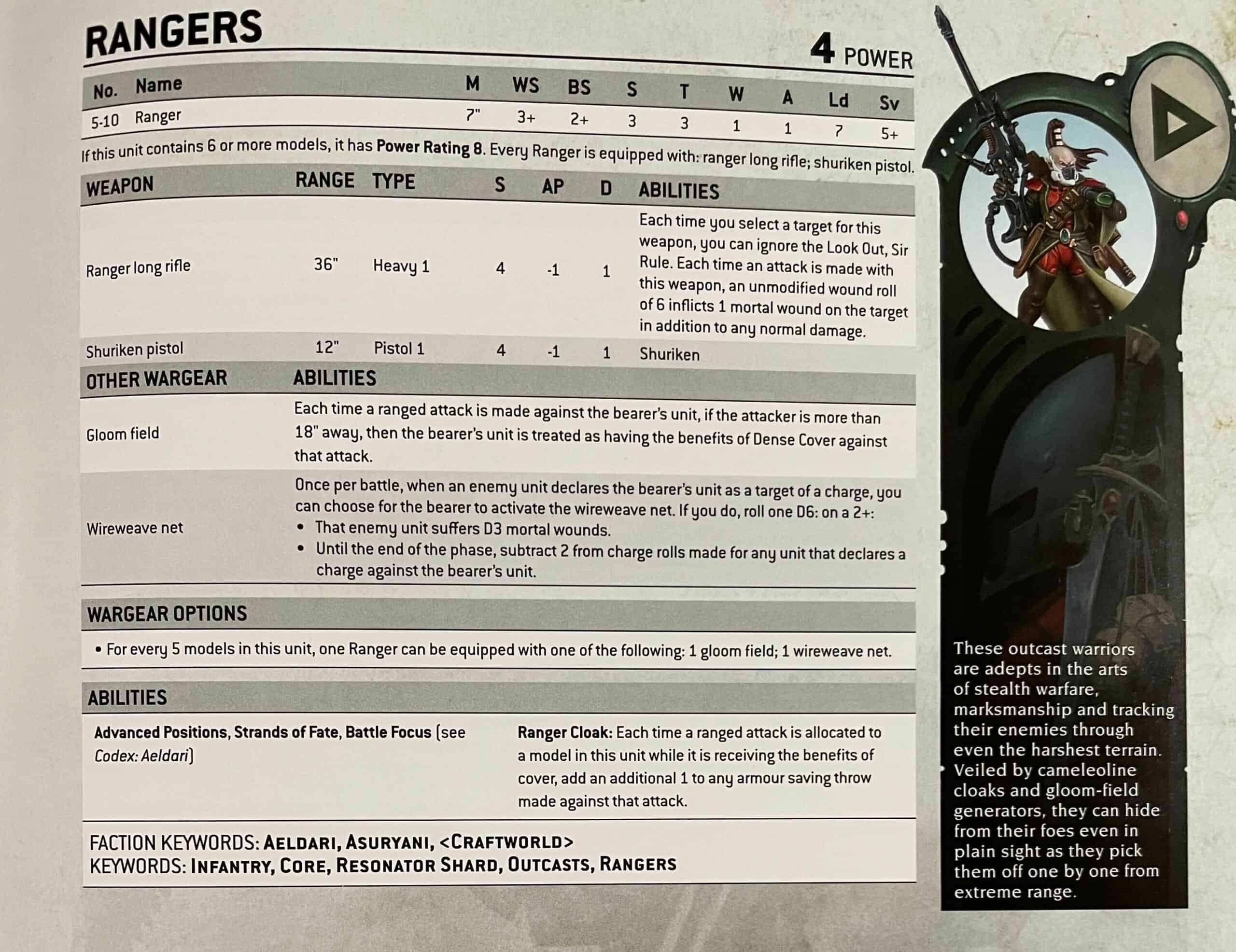 When compared to the jetbikes, the sheet is very similar with obviously fewer wounds and toughness (as they usually do with bikes). The 2+ BS is really nice and the ability to shoot characters will make them super strong and quite annoying.

Then the ability to actually do mortals on 6’s will help out and if you get lucky, you’ll grab a few. Next, the wargear gives them Dense Cover for a large part of the game, and once per game you can inflict mortals or make the charge much harder. 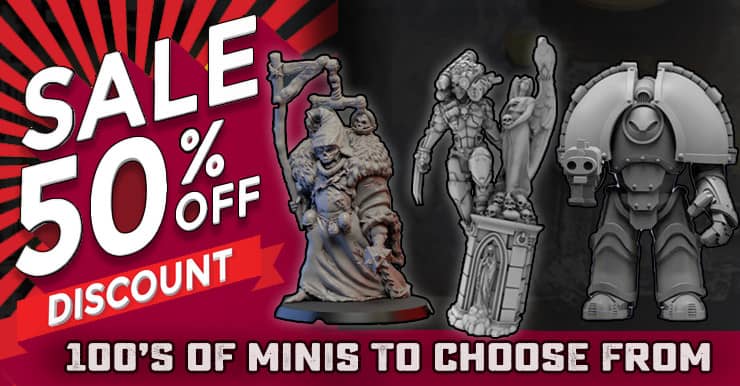 Then with the Ranger Cloak, they will be getting an additional 1 to their saving throw, so when combined with the Gloom Field, they will have much more survivability than the 5+ save suggests. 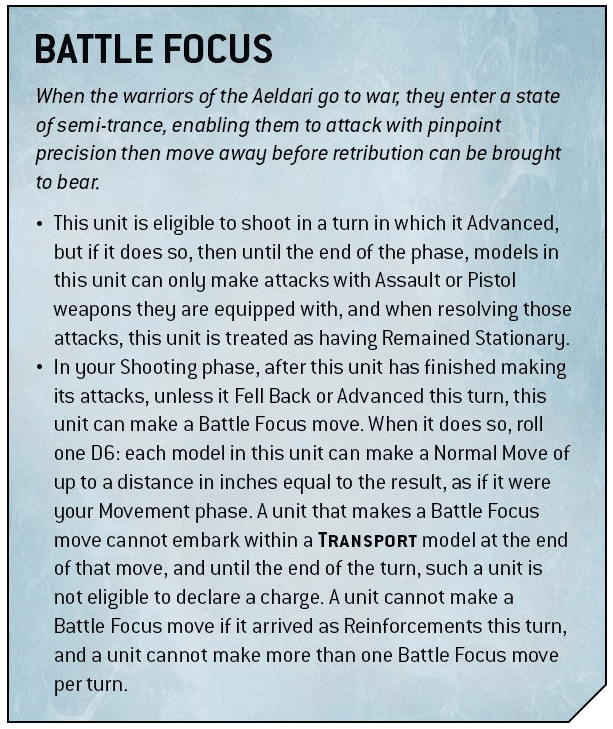 Just like the Autarch and Shroud Runners they also have Battle Focus. This allows them to move after shooting, which can be super annoying for the enemy, especially considering how many units we think will get it. 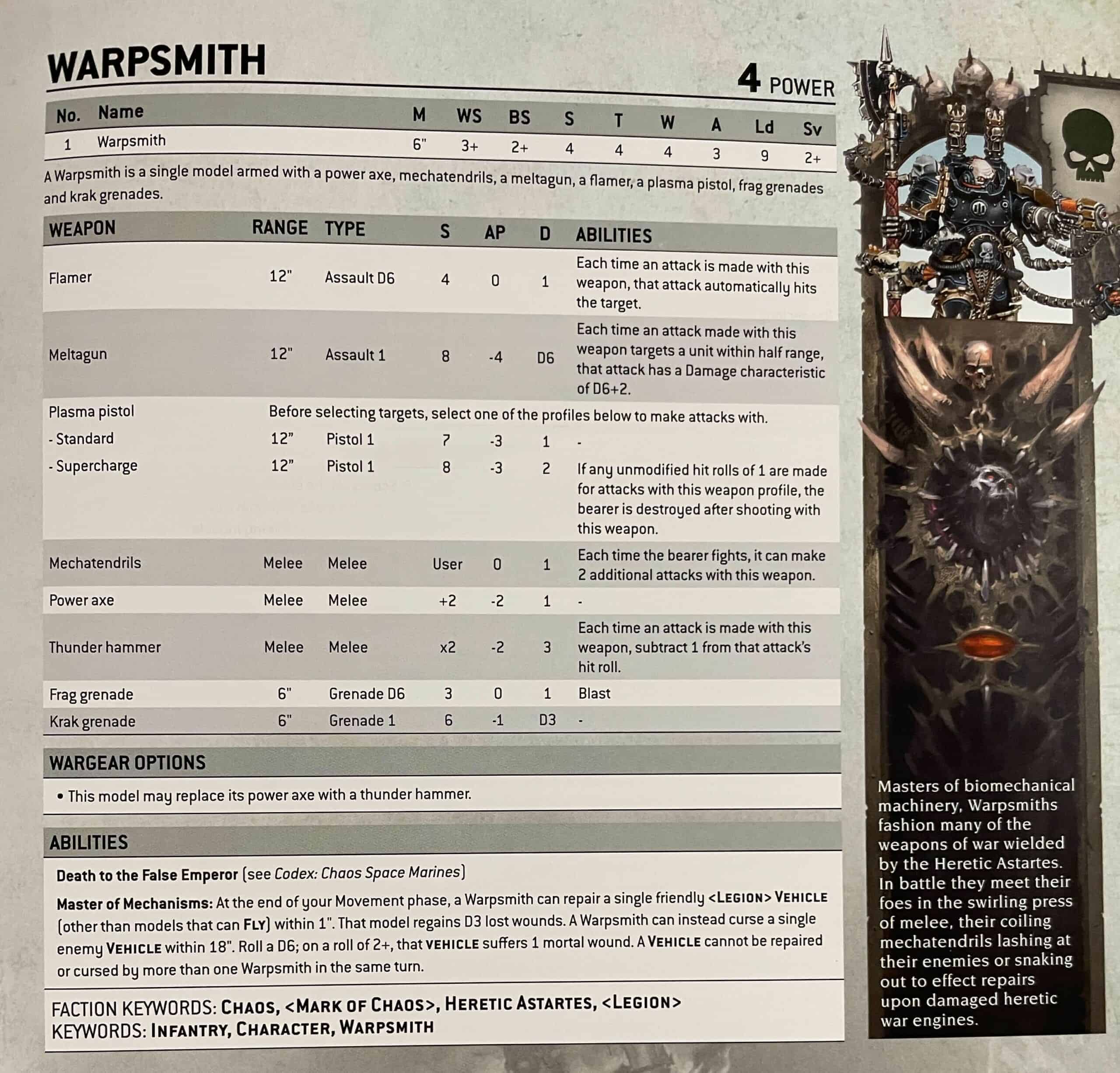 For Chaos, the Warpsmith was updated! However in a rather sad turn of events, they only really got access to a Plasma Pistol and a Thunder Hammer. The stat line and weapon profiles are otherwise more or less completely untouched…

Additionally, his ability, Master of the Mechanisms is also completely unchanged. Looks like chaos players are being forced to wait for their full codex… 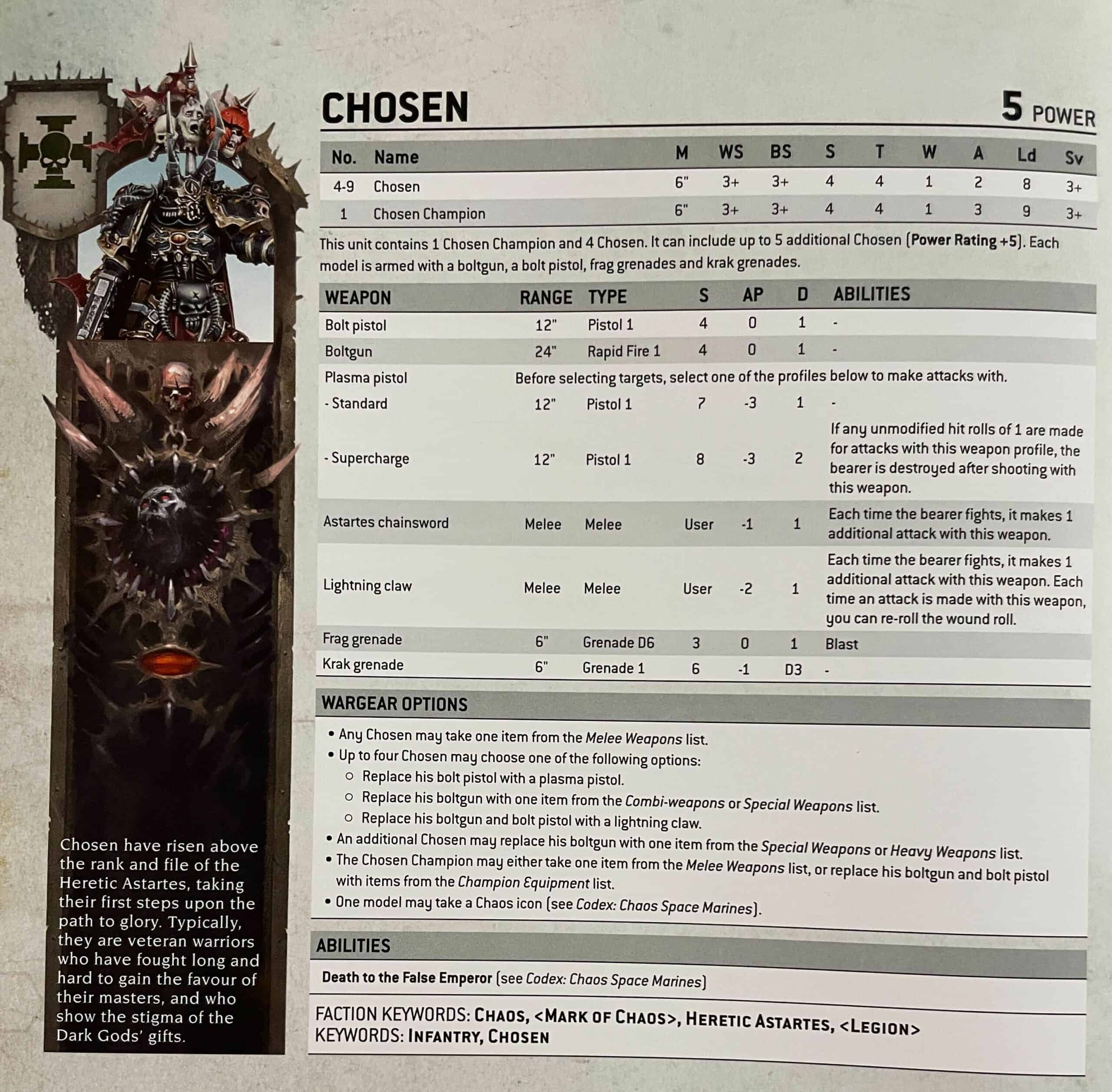 The stat line is a little underwhelming when you first look at it, considering it’s basically the rules from 8th edition. However, all the recent rumors point towards them actually having 3 Wounds when the book comes out. The good thing is they have a ton of wargear options and can take a lot of options.

Let’s look at some of the Chaos codex rumors we’ve seen, but focus on the first one.

Wow some of those are super spicy, and some are not. Either way, we know new Chaos Space Marines, and most likely some rules, are on the way with Eldritch Omens, question is what else will we see for the followers of the dark gods after that?

Are you happy with the new rules review from the Chaos and Eldar models inside Eldritch Omens?

Get ad-free access to hobby videos, a monthly crate of miniatures, and support some of the best creators out there for as little as $6 a month on Patreon! 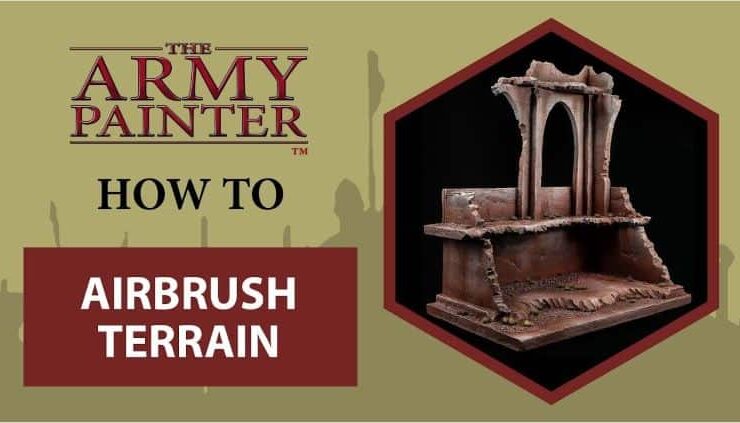 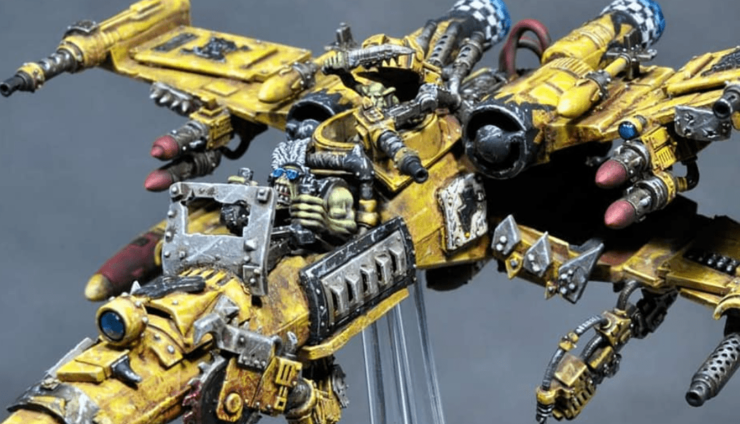 NEXT ARTICLE
OrXwing Fighter: Conversion Corner »
If you buy something from a link on our site, we may earn a commision. See our ethics statement.