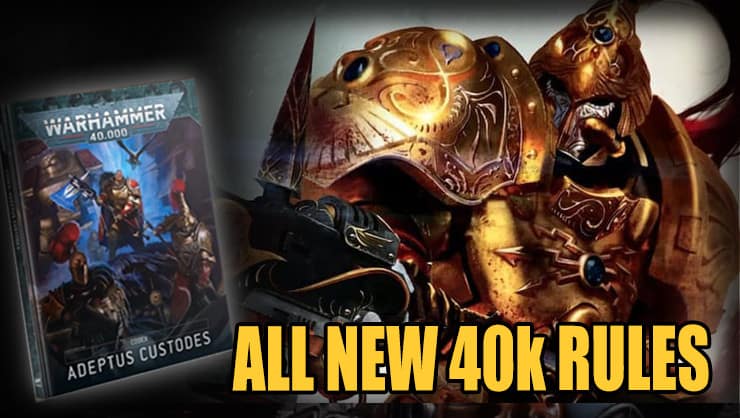 These come from the Legio Custodes Facebook Group and are actually decent pictures of the points. 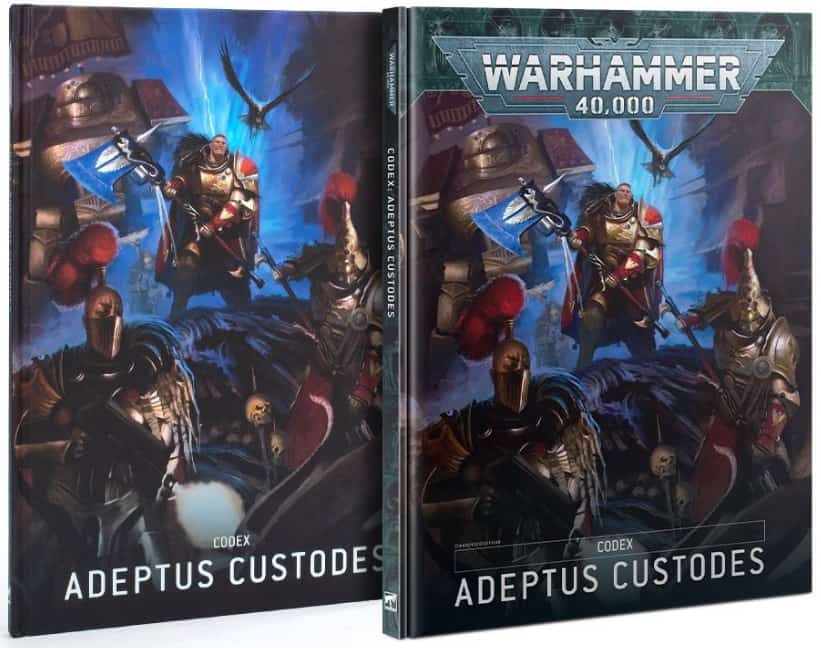 If you are curious about the recent Custodes vs GSC Army box itself, you can check the contents and values here. For now, let’s get into the points. 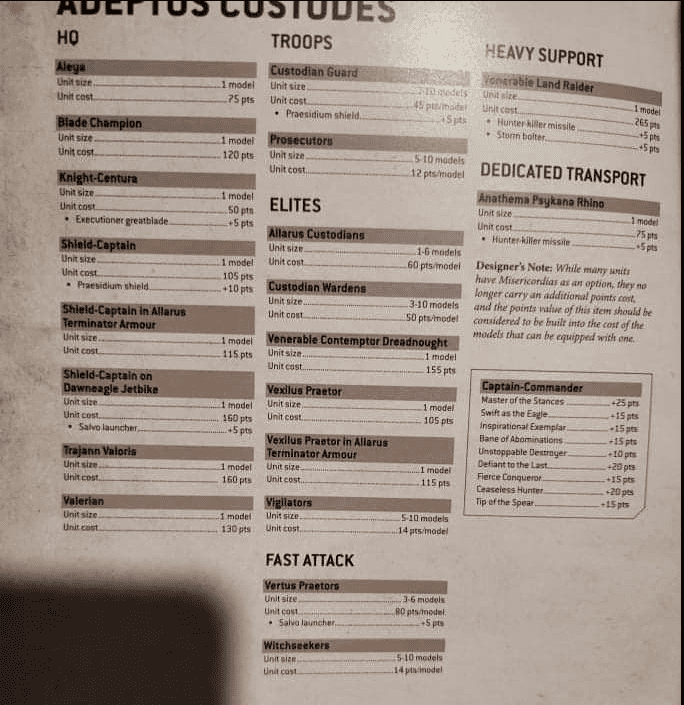 Yeah absolutely, the new Blade Champion looks like a fantastic option for his points and his raw melee power. He’s basically only 5 points more than a Shield-Captain once you give them a shield. Trajann going down 10 points is huge, considering he lost a large chunk of his survivability. Still, we’ll have to see if he is worth the points while losing some of his perks. 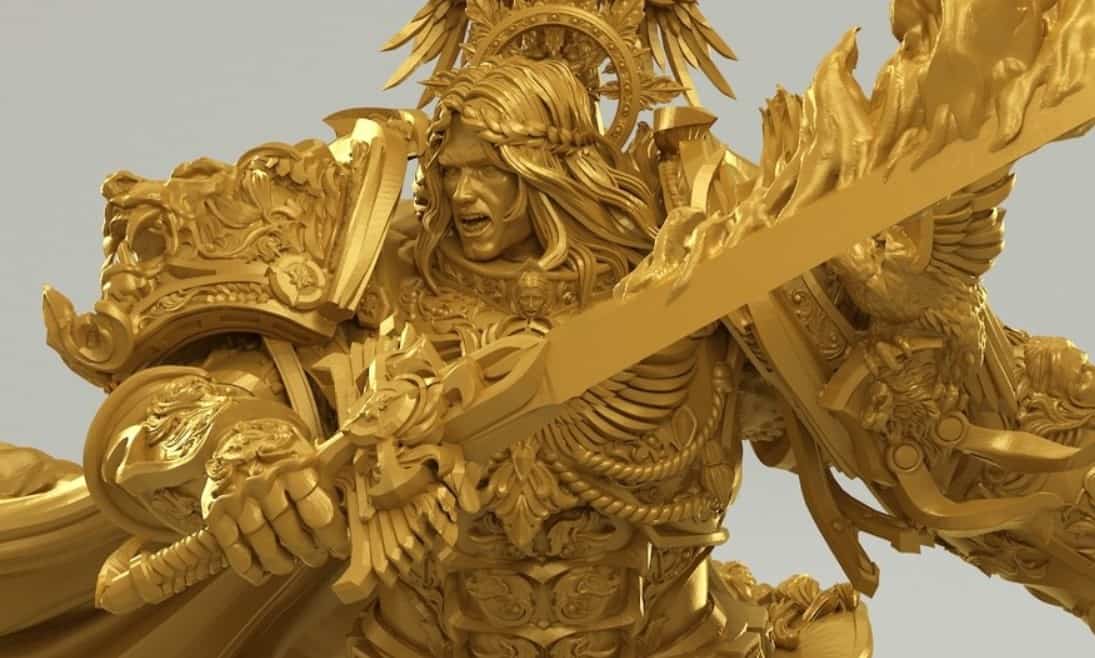 Additionally, while a lot of popular units didn’t go up or down by much, Custodes getting access to super cheap Sister of Silence models without breaking battle forged is huge, since it lets you spam more of the best units, and have to waste less point on filling obligatory detachment slots with expensive Custodes. Plus it makes performing actions a tad more efficient. 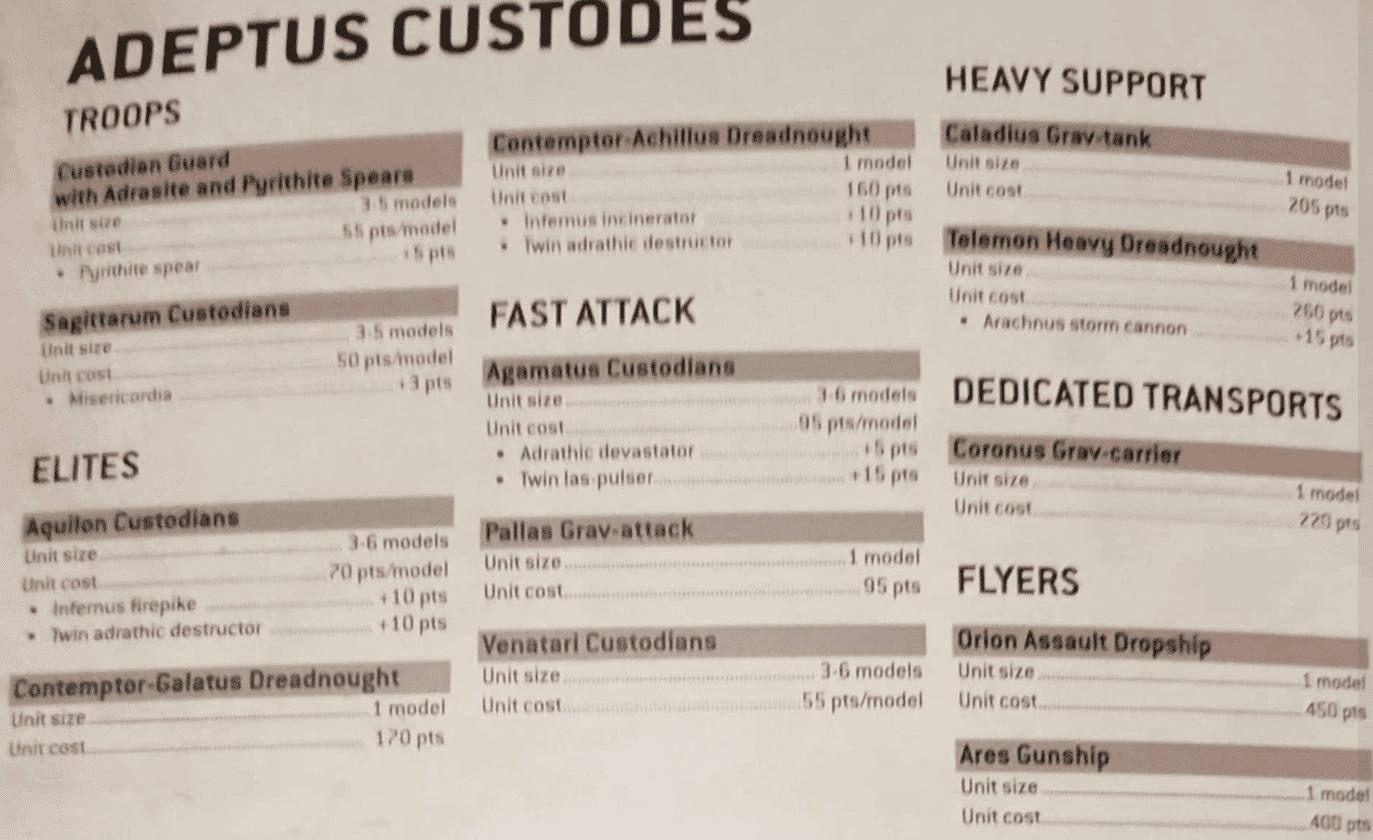 They also grabbed a screencap of the Forge World minis. We were hoping they would put the Agamatus points down, but at least they didn’t go up. The Orion and Ares both went down 50 points each, so we might see more of them on the tabletop.  Lastly, it also looks like the Telemon went down 20 points, so pretty surprising and decent there. There are some increases and drops, but nothing too insane overall for Forge World stuff.

These are all the points changes as best as well can tell from the screenshots above.

Updates in general for any game are just good business. That being said it also seems like in 2022 GW will have their hands full trying to monetize these updates while getting hobbyists to adopt their new DLC style pay-to-play path to market.

What do you think about the new points changes for Adeptus Custodes? 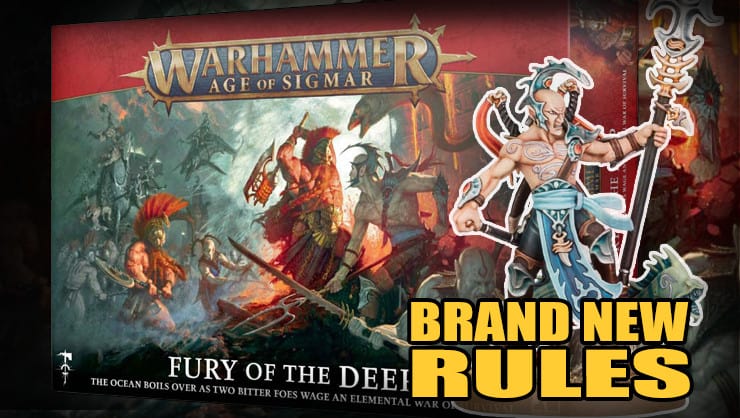 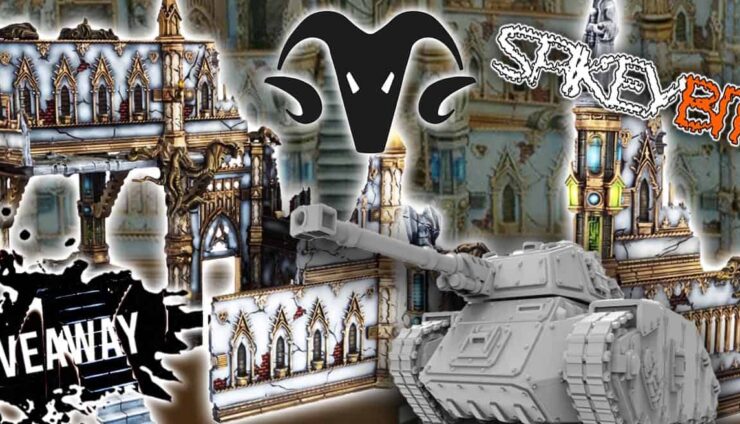 NEXT ARTICLE
Win a Set of Rampart Terrain & a Wolverine Tank! »
If you buy something from a link on our site, we may earn a commision. See our ethics statement.